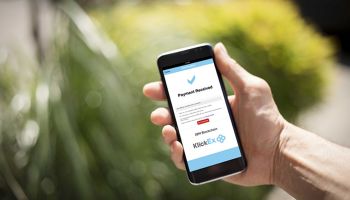 A new blockchain banking solution has been announced that addresses the frictions of the cross-border payments process.

In conjunction with Stellar.org and KlickEx Group, IBM announced a blockchain approach that is already processing transactions in 12 currency corridors across the Pacific Islands and Australia, New Zealand, and the U.K.

While the application was just made public, a public-private partnership funded by the United Nations and SWIFT has been using this blockchain. The Advanced Pacific Financial Infrastructure for Inclusion is the first organization to use the service. A large group of banks is taking part in the blockchain, including TD Bank from North America, and financial institutions from other countries on the Pacific rim. While 16 institution names were released, other organizations are also taking part.

The blockchain solution IBM announced is intended to help banks reduce the settlement time and lower the cost of completeing global payments for businesses and consumers. The solution is run from the IBM Blockchain on Hyperledger Fabric.

Here is an example of how this distributed ledger and allied processes would work. A farmer in Samoa would enter into a trade contract with a buyer in Indonesia. The blockchain would be used to record contract terms; manage trade documentation; and allow the farmer to put up collateral, obtain letters of credit, and finalize terms, while receiving immediate payment.

Blockchain projects have run the gamut from early efforts, often called “blockchain tourism,” to more serious blockchain research to proofs of concept to pilot projects and then, finally, full-scale production.

“This project is between a pilot and production,” said Jesse Lund, head of blockchain market development, IBM Global Financial Services, in an interview with Banking Exchange. Lund said that 2018 will be a period where his company and the other players will work to enhance the pilot processes. He said it is anticipated that 2019 will see the effort become a full-scale commercial production.

The effort is being governed at two levels, on the technology aspects and on the actual business model aspects. Each aspect involves a different group of players, according to Lund, a veteran Wells Fargo banker prior to joining IBM earlier this year.

Lund said that it is possible that over time multiple blockchain trading platforms will be formed among banks and logistics companies. While each will retain its own structure, they will eventually have the ability to interconnect to permit cross-platform transactions. Of course, this is some time away yet.

Lund explained that IBM’s “long game” is ensuring the resiliency of the networks underlying this blockchain. One of the advantages of the distributed ledger behind it is eliminating the typical redundant reconciliation that becomes necessary.

This type of blockchain lies between a wholly private chain and a public blockchain such as the one that enables Bitcoin to exist as a payments vehicle. This in-between type is called a “permissioned blockchain,” where new users can enter the community, but only with authorization.