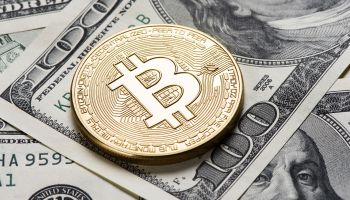 Who stands behind these currencies? Federal Reserve Vice-Chair Randal Quarles made a comparison in addressing the immediate future of digital currency in the U.S.

Pointing out that “payment systems need to be resilient during adversity,” Federal Reserve Board Vice-Chair for Supervision Randal Quarles indicated that the central bank favors more reliance in payments innovation on traditional banking institutions and substantial caution on moving too far ahead with digital currencies.

His comments, made in a speech at a conference on fintech and financial stability at the Cleveland Federal Reserve Bank last week, also indicated reluctance on the Fed’s part of moving too far with any U.S. central-bank-issued virtual currency that would involve the general public.

Quarles acknowledged that payments innovations always involve a degree of tension between the need for financial stability and the demands to keep up with modern technology and lifestyles.

“We should recognize that this tension is not necessarily troubling,” said Quarles. “By definition innovation means doing something new, which usually involves taking risk in furtherance of some gain. But at the same time, we should be vigilant in balancing the benefits of innovation with the safe and reliable operation of systems and critical activities.”

In the absence of the resilience that traditional payments system and traditional players bring to the process, he said, “we could face a sudden loss of public confidence and the seizing up of systems and critical activities.”

The challenge, as explained by Quarles, is for new payments mechanisms to achieve necessary scale while controlling financial and technical risks.

“Not surprisingly,” said Quarles, “because striking the right balance takes time, genuine innovation in payment systems over history has often been measured in decades, not years.” Quarles referred to banking and payments industry efforts, notably those aimed towards building a faster payments system that have been moving forward with Federal Reserve System cooperation.

Contrast this with the fact that the use of blockchain technology, the foundation of many, but not all, virtual currencies, goes back only to 2008. That is when a white paper was published online by “Satoshi Nakamoto,” a pseudonym, describing the outline of the process.

Quarles said a separation must be made between the potential of the technologies, such as blockchain tech, underlying new payments approaches, and the new currencies themselves.

“Those technologies, such as distributed ledgers, may offer useful new ways to store, transfer, and protect data and traditional financial assets,” said Quarles. “The industry is now moving cautiously from pilot projects in many of these areas to the use of these new technologies in limited production settings. This cautious approach to using new technology appears to reflect the weight of responsibility the financial industry bears for protecting both their customers and their reputations.”

By contrast to the underlying technologies, Quarles put digital currencies into perspective.

In the U.S., he said, digital currencies are “a niche product that sometimes garners large headlines.”

Bitcoins are produced by bitcoin “miners” using high-speed computers that “earn” units of the currency by solving complex mathematical equations. Bitcoin values fluctuate drastically, and as one expert has stated, the demise of the virtual currency has been predicted with regularity. (On the other hand, while U.S. currency is backed by the federal government, and issued by Fed district banks, it has been many years since greenbacks have been backed by physical assets such as precious metals.)

Quarles suggested that the current usage of digital currencies may not produce significant risk. However, that could change with wider use.

“Risk management can act as a mitigant,” said Quarles, “but if the central asset in a payment system cannot be predictably redeemed for the U.S. dollar at a stable exchange rate in times of adversity, the resulting price risk and potential liquidity can increase significantly, including the demand for the central asset used in settling payments.”

Quarles noted that demands for extra liquidity in stressful times can be a challenge even for private sector banks dealing in traditional currencies.

“Without the backing of a central bank asset and institutional support,” he continued, “it is not clear how a private digital currency at the center of a large-scale payment system could behave, or whether the payment system would be able to function, in times of stress.”

Quarles acknowledged that some have suggested that the stability issue could be addressed by having central banks issue their own digital currencies. Several years ago an informal and unofficial concept of a “Fedcoin” was floated in a Fed bank blog as a subject for discussion. More recently, some experimentation has occurred overseas, such as a pilot effort by the Monetary Authority of Singapore, that nation’s central bank.

Quarles struck a very cautious note here—he used the word “caution” or forms of it frequently in the speech.

For a nation like the U.S. with an extensive banking system and much demand still for physical cash to venture into virtual money would require intensive review of legal and risk issues, Quarles said.

“I am particularly concerned that a central-bank-issued digital currency that’s held widely around the globe could be the subject of serious cyberattacks,” said Quarles, “and could be widely used in money laundering and terrorist financing.”

Quarles suggested that any such efforts to develop central bank digital currency would be a distraction from—they “might even derail”—efforts to improve U.S. retail payments. He pointed out that the U.S. still lacks a widescale system for banks and their customers to make instant and convenient transfers and settlements 24/7.

Not shutting the door completely

The vice-chair did think research should continue, including delving into possible use of digital currencies as an asset for settlement in wholesale payment systems.

“Other countries may have different environments and experiences,” said Quarles. “We should always be open to learning and understanding from the experiences of others.”