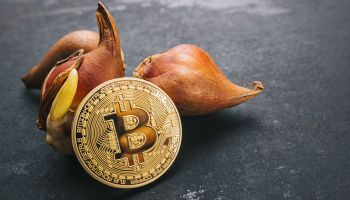 One thing about tulip bulbs, compared to Bitcoin: At least you can usually count on a pretty outcome.

Amid the continuing ups and downs of Bitcoin, Goldman Sachs in an outlook report for wealthy investors said there is no doubt that the cryptcurrency is a bubble outdoing the Dutch “tulipmania” of the 1600s and the dot.com era of this country’s tech sector.

In the January Outlook report of Goldman’s Investment Strategy Group, the firm cast a gimlet eye on Bitcoin as well as on Ether, another cryptocurrency.

The report characterized interest in cryptocurrencies at present as a “mania.”

Goldman stated that “we do not believe that these cryptocurrencies will retain their value in the long run in their current incarnation.”

The report quoted a contemporary historian on the tulip craze, Theodorus Schrevelius, writing in 1648, just over a decade after the tulip market price collapse: “Our descendants doubtless will laugh at the human insanity of our Age, that in our times, the tulip flowers have been so revered.”

The Goldman report didn’t damn the concept of cryptocurrencies, only the way they have worked thus far. The firm stated that a cryptocurrency using blockchain technology could be viable.

However, the report stated, Bitcoin doesn’t provide any of those advantages currently. The report pointed to major price differences even among different exchanges; rising costs to trade in Bitcoin; and the risks of hacking wiping out Bitcoin holdings.

Crypto versus the dollar, gold

“Obviously,” the report said, “we view the unsteady cryptocurrencies as no match for the ‘Steady as She Goes’ dollar.”

The report noted that some gold enthusiasts may think that 2018 will prove the wisdom of investing in the metal. Goldman doesn’t agree.

The report said that “gold’s luster is likely to be tarnished in 2018, as the weak dollar and stagnant interest rate backdrop that supported gold’s performance last year is unlikely to persist.” The firm said overall that it was “tactically neutral” on gold.

At various points Goldman has been reported to be planning cryptocurrency trading services, though none are listed on the firm’s website.