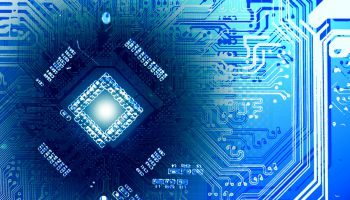 One of the challenges of bank IT, says Frank Sanchez, is that “there’s very little margin for error in banking software. You can’t put $2 in the wrong account.” While other industries may be satisfied that “nothing blew” when a new program was first turned on, he continues, the nature of finance is that processing has to get things right pretty fast.

That is perhaps one reason that legacy systems last so long in banking. Banks can’t drop the ball. It doesn’t look good on the evening news or in the Twitterverse.

Sanchez should know. He’s spent decades in the business, beginning with Sanchez Computer Associates. That firm, started with his brother, Mike, in 1998, produced the first real-time core banking solution. He served in executive positions with SCA until FIS purchased it in 2004. Sanchez worked on core systems for five years for FIS, and then pursued other ventures.

His latest is Finxact LLC. In mid-July the fledgling firm unveiled its new wrinkle on core processing. It is called Open Core API, a form of Core-as-a-Service technology that is designed to work within the Open API Initiative. The initiative includes 28 members currently, ranging from giant firms like Google, Microsoft, and Adobe to newer entrants like Finxact (pronounced “Finn-Zact”).

Sanchez describes his firm’s concept as a “virtual core” banking system. The system is not an “end-to-end” core system such as Jack Henry’s or FIS’, he explains, but is instead concentrated on the central functions of a core system, without the bells and whistles that traditional players added on through the decades as new banking services were invented.

In place of those modules, Finxact’s system is designed to interface seamlessly with third-party providers’ API-based functions. The firm’s intent is to provide a way to reduce the complexity and time taken to combine core functions and specialized functions into a smooth whole.

Finxact has identified a relatively narrow battle front for its initial efforts. Sanchez says that the company is targeting banks with between $5 billion and $50 billion in assets. This is a rough pair of boundaries, he says, given that asset size alone does not say all about a bank. However, larger institutions are clearly Finxact’s target market.

One would be the “bank within a bank,” where a new function, such as a mobile-only bank, would be launched on its own core from the get-go.

The other would be a replacement for an existing core system, but one intended to run in parallel for a time with the original core. In time, Sanchez explains, Finxact would unplug the legacy core system, leaving the remainder of the bank’s processing structure in place, at least initially. [if running parallel, it’s already plugged in]

Why virtual core has appeal

Part of the appeal of switching over is efficiency. Many banks continue to operate on core systems with fundamental elements that go back to the days of “big iron”—huge computers, physically, with less processing power than a smart phone today. While the systems have been migrated to newer equipment, typically, running on “virtual machines” that imitate their original processing environment, they retain old code and old concepts of accomplishing tasks.

Essentially, says Sanchez, the old software is throttling the performance of newer hardware.

“Core conversion” is a phrase that triggers indigestion in the insides of many bankers, either due to experience or repute. While not promising a painless experience, Sanchez says that conversion to the virtual core approach would be simpler than the traditional change-out.

Still, “that’s a lot of work,” he admits. Timing of a conversion “depends on the complexity of what we are dealing with,” he says. A basic, fresh installation of virtual core technology would take four to nine months, according to Sanchez. For a full conversion of a community bank, he says to add six months, were the company to take on a smaller player.

For conversion of a very large bank, “all bets are off.” The duration of the conversion would depend on the complexity of the large bank’s operations and the kinds of activities it conducts. Conversion could run anywhere from 18 months to three years.

Such conversions are big, big deals.

“I ran this business for FIS,” says Sanchez, “and I know what it takes. It’s not trivial.”

The basic system can be set up in a day, Sanchez notes, because it is cloud-based. However, getting software up and running and doing so accurately is what takes the time.

Planting technology in a shrinking business

Sanchez sketches out what appear to be realistic first-year targets for its virtual core effort.

But with industry consolidation continuing, is Finxact’s future limited, by definition? This is not a concern for Sanchez.

“There will be a lot fewer institutions,” Sanchez says, “but the industry will still be spending money.” The players remaining, as the industry shrinks, will be processing larger and larger slices of the nation’s financial flow.

At present, Finxact has two banks among its investors, which are committed to converting as part of their participation in the company. The company is talking to additional institutions as well. He estimates that the initial target group for Finxact, given all considerations, ranges between 10 and 20 banking organizations.

Sanchez says the company says the traditional core companies that serve larger banks—FIS, Fiserv, and Jack Henry—represent the majority of the company’s competition.

“They are the legacy providers who we are trying to disrupt,” he explains. In addition, he sees in-house processing as a competitive position as well. He says that in such organizations he’s often found that a decisive split exists between executives who believe in DIY and those who think in-house represents “boiling the ocean.” The latter represent his potential allies.

The most-serious competitor from Europe for Finxact would be Temenos, says Sanchez.

Regulators pay increasing attention to banking vendors, but Sanchez believes Finxact will be able to handle such scrutiny. He had substantial involvement in the startup of online bank Zenbanx, founded by Arkadi Kuhlmann, who formerly headed ING Direct, a customer of the Sanchez Computer Associates. Sanchez also worked for a company developing know your customer technology. Both activities gave him experience dealing with regulators, he explains.

His chief concern in this regard is capitalization—coming up to regulatory expectations in this regard. Being a new and smaller vendor, he says he is sensitive to meeting agencies’ credibility tests.