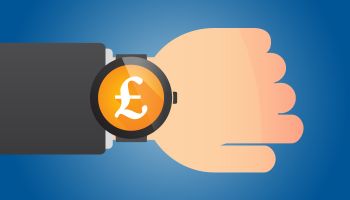 The Bank of England, the "Old Lady of Threadneedle Street," will actually put some of its own operations into the fintech ring.

Just a week ahead of a major forum on fintech and regulation  scheduled by the U.S. Comptroller of the Currency, the Governor of the Bank of England unveiled a multi-part approach to fintech participation and regulation in the U.K.

For the most part U.S. regulators have assumed the role of referee and overseer in the development of fintech here—to the degree that they have any direct influence. Only recently, for example, has the Treasury Department done more than engage in fact-finding in regard to marketplace lenders.

Other than some speeches by Federal Reserve System officials hinting at the behind-the-scenes discussions about fintech and regulation, among the prudential regulators the Comptroller’s Office has taken the lead. This has been in the form of its innovation white paper of earlier this year and its “Forum On Supporting Responsible Innovation In The Federal Banking System."

In general, the U.K. has been very encouraging to the development of fintech, seeing it as an economic growth engine. (See "Fintech on the other side of the pond") For example, the U.K.’s Financial Conduct Authority introduced a “sandbox” program for new approaches to financial services that debuted in May. The concept is that new ideas will have a chance to prove themselves before being subject to regulation’s full-court press.

For its part, the U.S. Consumer Financial Protection Bureau has its “Project Catalyst,” similar in spirit though not seen as being nearly as accommodating.

On June 16 Bank of England Governor Mark Carney released a speech, “Enabling The Fintech Transformation: Revolution, Restoration, Or Reformation?” (Actual delivery of the speech was cancelled due to the murder of Jo Cox, member of Parliament.)

In introducing his program, Carney suggested that those three states of affairs were all possible as fintech advances. Revolution would mean fundamental reshaping of the financial system, Carney said. On the other hand, to the degree that fintech made current banks more efficient and profitable, it could result in restoration, “reinforcing incumbents’ powers.”

“The balance of these forces may yield a third alternative,” said Carney, “a reformation—a more diverse, resilient, and effective system for consumers. One where large banks exist alongside new entrants who compete across the value chain.”

Changing up the rules

This last possibility is where Carney indicated he thinks the situation will evolve towards, in a combination of where things are headed and accounting for the steps outlined in the Bank of England program.

In this country, banks and the Federal Reserve dominate and run the rails of the nation’s core, traditional payment systems. A nonbank desiring access must find a banking partner.

That has typically been the case in the U.K., but now, accompanying a revamping of the Bank of England’s settlement system, changes will occur. Carney said that the central bank would extend direct access to its settlement system to “a range of nonbank payment service providers to compete on a level playing field with banks.”

“It is not a one-way street, however,” said Carney.

Nonbanks desiring access will have to meet standards promulgated in cooperation between the Financial Conduct Authority, Her Majesty’s Revenue and Customs, and the Bank of England.

Carney noted that transactions that execute in fractions of a second take days to formally settle, and that “settlement is now ripe for innovation.” The Bank of England will work with fintech firms that wish to develop distributed ledger approaches to faster settlements.

3. In a related vein, the Bank will explore use of distributed ledger technology for its own operations.

This will include its payments settlement capabilities.

“The great promise of distributed ledgers for central banks is their potential to enhance resilience,” said Carney. “Distributing the ledger means multiple copies of the system. It can continue to operate if parts get knocked out. That removes the single point of failure risk inherent in a centralized system.”

Carney said that in an effort to separate reality from hype, Bank of England would set up part of its own operations as a “proof of concept” in this area.

Long term, Carney suggested, this technology could lead to creation of a central bank digital currency.

4. The Bank is setting up a Fintech Accelerator to work on challenges faced by the Bank of England itself.

“The Accelerator will work with new technology firms to help us harness fintech innovations for central banking,” Carney said. “In return, it will offer firms the chance to demonstrate their solutions for real issues facing us as policymakers.”

This effort will involved numerous forms of fintech. Among those Carney mentioned is big data techniques, to see if that can be used to improve economic analysis.

5. The Bank is “calibrating” its regulatory approach to fintech developments.

“Fintech should neither be the Wild West nor strangled at birth,” said Carney. “The Bank is devoting considerable resources to ensure whatever develops is sustainable, not ephemeral.”

Carney also had this to say: “We are building a system that allows for orderly failures. Not just to end the blatant unfairness of Too Big to Fail, but also to foster industry dynamism and better outcomes for consumers. After all, ease of exit promotes ease of entry. We won’t discourage avatars by preserving dinosaurs.”