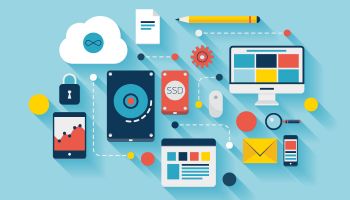 “There is some wonderful innovation out there but there’s also a lot of 'regtech' that needs a bit more ʻreg’ to go along with the ʻtech’,” said BBVA'S Adam Shapiro during OCC's innovation forum.

If bankers feel their heads spinning with the accelerating pace of change brought on by new technologies, bank regulators’ heads are spinning just as fast.

That’s why the Comptroller’s Office convened a standing-room-only forum in late June to bring together regulators, bankers, vendors, and analysts to examine technology disruption trends—and how they affect the industry and the agencies that regulate it.

Comptroller of the Currency Thomas Curry, in his opening remarks, referred to the title of the forum: “Supporting Responsible Innovation In The Federal Banking System.”

“At its simplest, a responsible innovation is one that meets the changing needs of consumers, businesses, and communities; is consistent with sound risk management; and aligns with the company’s business strategy,” Curry said.

The challenge, though, is sifting the harmful from the helpful innovations.

“Regulators and the industry must not allow unnecessary risk for dubious benefit to creep into the system. We can’t be idle witnesses to potential harm to consumers, banks, or the federal banking system as a whole,” Curry said.

The first of four ensuing sessions in the day-long forum looked at the big picture of financial innovation. Among other subjects, it took on a number of basic and interconnected issues:

• What gave rise to fintech?

• Do fintechs and banks need each other?

• How does fintech relate to the new concept of “regtech”— matching regulatory compliance capabilities with new and expanding financial capabilities enabled by technology?

• And, in the complicated U.S. financial regulatory scheme, how can regulators collaborate to deal with innovations in the industry?

Shapiro listed four factors that have enabled the fintech phenomenon:

• Cloud services—“Instead of having to spend millions of dollars [to build new infrastructure] you can pay as you go.”

• Rapidity of technological change—“Banks and nonbanks can’t build software when the world is changing rapidly. The software development cycle of plan, build, budget, test, and implement takes a couple of years. By the time you build it, the world is different.”

• Smart devices—“Everybody has a supercomputer in their pocket. A lot of the infrastructure that would have had to be built is there.”

• Competency in technology provision—“Customers and businesses expect technology to work well. They won’t put up with bad products, redundant forms, stupid processes, and things that don’t make sense. They will leave.”

Barefoot, a member of the Banking Exchange Editorial Advisory Board, put the situation this way: “Fintech is more ʻtech’ than ʻfin,’ in the sense that it is mostly being driven by the technological changes themselves.”

“All these trends are converging, and most of them are converging in the phone,” said Barefoot. “Each one is huge but as they converge they are creating explosive leaps ahead in terms of the change underway.”

Also, she added, comes the demographic changes among customers, namely the millennial generation and its inborn relationship to technology.

“They, in particular, are impatient with bad technology and service,” she said.

Don’t paint it with one brush

Shapiro contributed a different perspective. “There sometimes is a tendency to talk about fintech as a thing, as if it is some kind of homogenous concept. It really is not. From the point of view of the banking system there is a huge differentiation to be made.” For example, he said, differences in risk tolerances among banks need to be taken into consideration.

Also, Shapiro noted the comparatively complicated banking system, including the multitude of regulatory agencies, in the United States as compared with, for example, that in the United Kingdom.

“If you look internationally, you can make the argument that the U.S. banking system has created more space than it needs to have done so for fintech companies,” Shapiro said.

Do fintechs and banks need each other?

“Most of the future is going to be in the marrying up of the two,” said Barefoot. “Banks have natural advantages. They have better customer acquisition; they have stable and low-cost sources of funds; they do have a lot of trust from a lot of their customers.

However, Barefoot qualified this: “It’s really hard for them to actually innovate from scratch, which is key … What you should not do is take what you do in your bank and digitize it. You should put it all aside and give a real tech developer the task of how to solve the thing you’re trying to do. They are going to come up with way better user experience, and a way more efficient way of getting at it.”

Adding to this she said: “We’ll see banks acquiring fintechs. We’ll see them partnering. We’ll see them doing referrals, and the regulators are going to have a very important role in figuring out where and how to allow those third-party relationships to blossom.”

Nyca’s Morris focused more on the role of regulators.

“Banks need the innovation and the new companies need access to the banks,” Morris said. “[But] the vendor regulations, for example, are ill-suited for this entire equation because the vendor regulations [need revision]. Typically, a vendor would get a 500-question questionnaire [from a bank agency]. That’s no exaggeration, and some questions won’t work, such as providing three years of financial data.

Morris put this in perspective.

“The new company, though, has to recognize that they are providing critical systems to major financial institutions,” Morris said. “That requires compliance procedures. It requires information security. It requires code development and documentation that meet standards of banks.”

Shapiro made the point that community banks in particular need to take advantage of fintech solutions: “Anyone that can create the app store for community banks with high-quality fintech products, and to have done a lot of the due diligence centrally… that’s a really powerful model that can help a lot of the smaller banks stay competitive.”

Fintech in relation to regtech

Barefoot was very optimistic about the potential for fintechs to develop really effective technologies that can meet regulatory compliance and reporting requirements. Others weren’t quite so sure.

“This is another area where people are underestimating the advantage the innovators are bringing, because a lot of them are starting from scratch about how best to accomplish a compliance goal,” Barefoot said. “They are starting to create very lean, very efficient, very high quality and effective compliance tools.”

Shapiro only “half agreed with that” and counseled caution.

“There is a lot of very dangerous regtech out there,” he said, giving examples of poor experiences some of his banking clients have had with past anti-money laundering and OFAC compliance products.

“There is some wonderful innovation out there but there’s also a lot of regtech that needs a bit more ʻreg’ to go along with the ʻtech’,” he said.

Morris portrayed the current system, in a simplified way, of examiners generating a list of remedial items based on checklists, followed by the bank going one by one to correct deficiencies.

“If you started from scratch, instead, and said ʻLet’s have digital compliance,’ it wouldn’t be possible for [the new] system to generate a noncompliant loan,” Morris claimed. “We would know in real time exactly where we stand and you can imagine that information going directly to regulators. You could imagine the whole thing working much better than the way it works now.”

Can regulators cooperate on this?

Amy Friend, the OCC chief counsel, pointed out that working among the different financial regulators takes a lot of time, and asked for suggestions how they could speed up the process.

Morris and Shapiro advocated that any agency that has particular expertise and experience with a given technological issue should take the lead, with other agencies in support.

“It would be very useful to create some spirit where some agency is the primary leader and could become the expert. If you [a bank] are developing an idea, you could go talk to that regulator first and discuss it, even if it would have implications for other regulators,” Morris said.

Added Shapiro: “It would be just great … when we look at the ways technology can make regulation better, to see one agency taking the lead on piloting something with representatives from other agencies involved. That would accelerate the pace of change in regulation that will benefit everyone.”

“Agencies are going to have to develop ways to work together, to be faster, to be flexible, to be collaborative with the industry,” Barefoot said. “The disruption of the financial industry is going to disrupt the regulators too. This is the most pervasively regulated industry to face tech-driven disruption. The regulators are going to be forced to change because of it.”