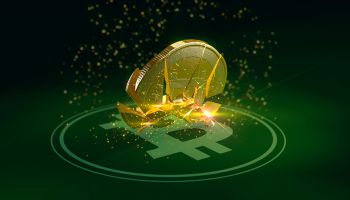 In spite of a recent court ruling on Bitcoin not qualifying as "money," banks must recognize the risks of this legitimate currency. Proposals for Viewpoints articles should be submitted to [email protected] Comments on this post should be submitted in the comment section below.

A July 25, 2016, ruling by Miami-Dade Circuit Court Judge Teresa Mary Pooler over an allegedly illegal Bitcoin transaction illustrates how little is understood about the role of virtual currency.

Judge Pooler dismissed all charges against Mitchell Espinoza, including acting as an “unlicensed money service” and money laundering. In the judge’s viewpoint, Bitcoin does not fit the legal definition of money or currency. Judge Pooler acknowledged in her ruling that while, “this Court is not an expert in economics ... it is very clear, even to someone with limited knowledge in the area, that Bitcoin has a long way to go before it is the equivalent of money.”

The judge based her claim on the volatility of the Bitcoin market; its decentralization—unlike other currencies, it is not backed by any government—and its supposed intangibility. Furthermore, she wrote that, “while Bitcoin can be exchanged for items of value, they are not a commonly used means of exchange,” and that therefore its relative unpopularity is indicative not of its future potential but rather its current illegitimacy.

The reality is that Bitcoin is evolving faster than perhaps Judge Pooler has considered.

More than a novelty

Regardless of whether the defendant in the Miami case was guilty or not, the court’s ruling displays a misunderstanding of Bitcoin—of the true nature of the currency, and its risks as well as its growing potential within the financial and other industries.

• Towards the close of 2015, Uber made it possible to pay for rides using Bitcoin.

• Bitcoin is accepted by over 100,000 merchants worldwide.

• Bitcoin can be used to pay taxes.

• Bitcoin was a Black Friday promotional theme four years running, with 150 online merchants offering discounts to Bitcoin users during the most recent event.

In the advance toward financial inclusion Bitcoin could be used by people to send money to unbanked family members overseas. It is also being explored as a way of accelerating stock and bond trading transactions while lowering the cost.

Bitcoin, being an online, yet private, peer-to-peer traded currency, resides in a gray zone regarding potential regulation and its role in the financial services industry.

The virtual currency can be bought and sold in anonymous online marketplaces and can be used to bridge different national currencies. All transactions are recorded in the blockchain, a publicly available online ledger of all Bitcoin transactions, under users’ pseudonyms.

The problem is that while the blockchain is a secure and accurate ledger, it can be fooled in a variety of ways to aid illegal activities.

One can simply buy bitcoins in person in exchange for cash (which occurred in the Miami case), or use Bitcoin “tumblers.” These websites pool numerous people’s coins together before sending them out to their intended destinations, so that it becomes unclear through blockchain records whose coins end up where.

One such popular “tumbling” service can be found in Bitcoin casinos, which allow users to deposit coins, play casino games (or not), and then cash out, receiving a new set of now-untraceable coins. These services that “launder” Bitcoins offer low-cost, efficient methods of blockchain obfuscation that can change the pseudonymous list to near-perfect anonymity.

While it is difficult to calculate exactly the amount of illegal activity occurring through Bitcoin—or any hard currency, for that matter—it is obvious that the problem is significant enough to warrant greater transparency of Bitcoin transactions.

Bitcoin financial transparency must be improved not only to identify money launderers, terrorist financiers, and drug lords, but also to prevent legal transactions from being targeted by hackers and thieves.

Ultimately, the epayments system is an opportunity to foster financial inclusion because when Bitcoin companies and banks can validate more identities, more people can enter the global financial system.

However, removing privacy from Bitcoin transactions creates problems of its own.

Tanaya Macheel, in a recent American Banker article, outlines the ensuing debate about transparency in the blockchain. The article looks at multiple perspectives, among them those who argue that transparency would provide a check against unlawful activity, and those who are opposed to revealing sensitive information to competitors. Even solutions that incorporate private, or permissioned blockchains that include only trusted members, or allowing some information on the distributed blockchain to be encrypted, have their problems.

It’s argued that keeping even some information private or encrypted defeats the purpose of having transparency in the first place. Storing one’s own private data can become prohibitively expensive. But the lack of transparency opens up the possibility of criminal activity.

Current methods of screening Bitcoin transactions are inadequate if legitimate industries are to use the digital currency without risk. Who should regulate, as well as how, is up for debate.

Bitcoin through a BSA/AML filter

Banks, rather than the government, have become the default watchdogs for money laundering and terrorist finance, as the government is simply unable to monitor every transaction. Banks and other financial institutions must closely screen any Bitcoin-related transactions or be subject to punishing government fines as well as possibly stifling legitimate uses of Bitcoin alongside the illegitimate.

Because virtual currencies such as Bitcoin could be of enormous benefit to banks someday—reducing infrastructure costs, transaction fees, etc.—banks must closely monitor Bitcoin to ensure its continued availability.

These approaches need not threaten the sometimes necessary anonymity of these exchanges. New, creative ways to ensure the transparency of Bitcoin transactions while maintaining privacy are very real, are being put into practice and must replace how the currency is being viewed by some today.

Despite the current lack of regulation in blockchain transactions, however, the need to adapt to Bitcoin and other virtual currencies cannot be ignored. Bank-grade processes for screening Bitcoin transactions, screening for suspicious activity, and assessing risk will further free us to the possibilities of beneficial uses of this technology, enabling the financial services industry to benefit from its efficiencies and not fall behind market participants that have already begun to adapt.

Judge Pooler’s opinion belies the growing importance of virtual currencies in our ever-unfolding fintech landscape. The roadblocks to Bitcoin’s wider adoption and use are being removed, ensuring greater financial transparency and, ultimately, financial inclusion.

Mike Shaw is vice-president, global market development, at LexisNexis Risk Solutions, a data, technology, and analytics company. He can be reached at [email protected]