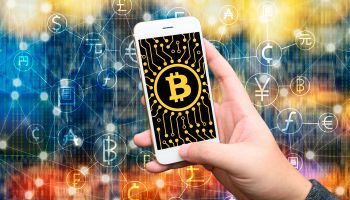 How will American financial regulation influence evolution here of blockchain and other leading edge technologies?

When the U.S. seized the leadership position on the internet, the feeling among many nations of the world was that the opportunity had passed them by.

As the blockchain, based on the internet, came along, the world remembered that lesson.

One result, according to Perianne Boring, founder and CEO of the Chamber of Digital Commerce, is that some countries “are going to ‘lean forward’ in the regulatory space.”

Boring made the remark by way of kicking off a panel discussion at the recent Money 20/20 2016 conference, “Balancing Blockchain Public Policy: Thoughtful Regulation Without Stifling Innovation.” Attorneys and industry players compared the regulatory atmosphere in the U.S. to that in the U.K. and other areas that have generally extended a bigger regulatory welcome to blockchain and other fintech players.

Sorting out the spaghetti

Part of the challenge for those companies that would build blockchain in the U.S. is the sheer regulatory morass found here.

Many regulatory players have a stake in the blockchain, not solely the traditional federal banking agencies and the relatively new Consumer Financial Protection Bureau, Boring pointed out. As an example she cited the Treasury Department, where—beyond the Comptroller’s Office—two entities have strong interests in blockchain technology, namely the Internal Revenue Service and the Financial Crimes Enforcement Network (FinCEN).

On top of that are all the state-level regulators—both banking and other types of agencies—with an interest in blockchain issues. And then there is law enforcement, at multiple federal and state levels, for which blockchain’s ability to move value is an ongoing concern.

By contrast, explained Boring, many other countries have a much more centralized regulatory approach, and for more than one, blockchain, and fintech in general, are seen as job-creation engines.

“We have a more decentralized approach to government,” said Boring. “It is very, very complicated.”

Enough regulators to make you dizzy

John Beccia, a panelist, could be a poster child for the complications that can ensue. Beccia is general counsel and chief compliance officer at Circle. The company is a blockchain-based person-to-person payments service.

Beccia explained that Circle required two years to become licensed in all 50 states as a money transmitter. On top of that, in New York, Circle also needed to go through that jurisdiction’s new bitlicense procedure.

“That was a good example of how hard it is for regulators to understand new technologies,” Beccia explained. By contrast, he added, in the U.K. Circle was helped through the Financial Conduct Authority’s approval process and was done in 90 days. The Bank of England itself, he pointed out, has been considering adopting its own form of digital currency.

“It’s a different way of regulating, there,” said Beccia. “The U.S. has always been about regulation by enforcement.”

(A few days after the panel discussion the Comptroller’s Office announced the outline of its “responsible innovation framework.” This included establishment in concept of an Office of Innovation intended to work collegially with both national banks and with their fintech partners. A concept the agency has floated, a “fintech charter” or similar limited-purpose entity at the federal level, which Beccia called “a step in the right direction,” remains in development. OCC intends to bring out more on this later in 2016.)

Panelists traded ideas on how the U.S. situation can be improved for blockchain players.

“We all have a lot of work to do yet,” said Jerry Cuomo, IBM fellow and vice-president of blockchain technologies.

One effort that has paid off is improved communication. Attorney Alan Cohn, of counsel at Steptoe & Johnson LLP, serves as counsel for the Blockchain Alliance. The group brings together both blockchain-related companies and dozens of international and domestic regulatory and law enforcement agencies.

Cohn said that the organization has made possible more direct communication between players and government agencies, which leads to some mutual understanding.

Cuomo believes that permissioned blockchains, where only authorized parties can take part and see what is going on, represent another step to make government entities more comfortable. The idea is that such blockchains could permit regulatory agencies to observe their workings in real time. This is something that regulators typically can’t do under existing regulation and technology.

It’s the difference between after-the-fact regulation versus real-time supervision, in principle.

“It would be an olive branch between financial businesses and the regulators,” Cuomo suggested. “It would be a well-governed construct through which we can set up real-time policy collaboration.”

One of the long-running influences on blockchain regulation is the sometimes tainted reputation of bitcoin, which ushered in blockchain technology.

“It is unfortunate that bitcoin was the first use case out of the blockchain box,” said panelist Carol Van Cleef, partner at Manatt, Phelps & Phillips and co-chair of its Global Payments practice group. “In some ways, this origin has totally complicated the conversation with policymakers.”

The concept of the regulatory “sandbox”—also called a “safe place,” “safe space,” or “incubator,” as recounted in the Comptroller’s responsible innovation framework—entails a pilot effort for new financial services under cooperative regulatory scrutiny.

[In other countries, there is said to be an element of a “safe harbor,” although in the press conference announcing OCC’s framework officials questioned how far such protections really went. The agency noted in its report that while some commenters addressing the OCC’s original innovation white paper wanted such protection, others insisted that consumer protection remain a key element of regulatory scrutiny. Officials made it clear that the national bank regulator, while contemplating pilot efforts that it would be involved in, does not favor the concept of a safe harbor.]

One sticking point for an American sandbox goes back to the regulatory morass here. A company hoping for some kind of safe harbor during experimentation might have to have buy-in from multiple regulators, not just a single authority.

“The regulatory landscape is so fragmented that it’s hard to imagine that all the regulators would agree,” said Alan Cohn.

Strategically, he suggested, if a company could convince a regulator to take part directly in a pilot program, that might help the company. His reasoning was that if another regulator with jurisdiction over the firm raised an issue or concern, the company could indicate that shutting the project down would inconvenience the participating agency.

Discussion about the sandbox idea brought up CFPB’s procedures for working with would-be innovators. This includes two distinct tools. One is a regulatory “no-action” letter and the other is the bureau’s waivers of regulatory and statutory disclosure requirements for given periods and circumstances for prototype services.

The CFPB no-action letter “aims to facilitate the development of consumer-friendly products and services in areas where regulatory uncertainty may be an impediment if not addressed,” in the words of a new bureau report about its Project Catalyst innovation program. [Read Project Catalyst Report: Promoting Consumer-Friendly Innovation]

No-action letters are not intended to be blank checks, but indicate that the bureau staff has reviewed an innovator’s plan and does not intend to recommend enforcement or supervisory action. This includes expectations of certain consumer safeguards and establishment of a time period on the protection.

The CFPB waiver policy—in full, the “trial disclosure waiver policy”—was actually included in the Dodd-Frank Act, subject to bureau implementation. According to the bureau’s report, “if the bureau approves a specific trial, then it will deem a company’s test disclosure to be in compliance with, or held exempt from, any applicable federal disclosure requirements for an agreed-upon testing period.”

While CFPB Director Richard Cordray talked up such features during a Q&A session at Money 20/20, some panelists indicated that these efforts aren’t always what they might seem.

“A no-action letter can take months, if ever, “ said attorney Alan Cohn of the Blockchain Alliance. In the meantime, he pointed out, once a company has put its idea into the regulatory system, there isn’t really any going back.

Carol Van Cleef of Manatt , Phelps & Phillips emphasized that no-action letters carve out areas of importance to the bureau and that the bar is set quite high to qualify for any protection.

In addition, Van Cleef pointed out that the bureau will never give a waiver on anything that involves UDAAP—“Unfair, Deceptive, or Abusive Acts and Practices.”

“And that is where most of CFPB’s actions come from,” said Van Cleef.

She pointed out that in the bureau’s settlement with payments company Dwolla, it took a position that Van Cleef considered a warning to other firms.

The bureau, she said, “said that ‘we’re going back to where this [issue] first started. You have to get it right the first time around’.”

Boring concluded the panel by asking what each participant would ask of the next President.

Attorney Carol Van Cleef said she’d tell the next President that he or she must recognize that financial innovation “is not just one industry. This cuts across all industries.”

Panelist Marley Gray, director, business development blockchain and distributed ledger ecosystem, at Microsoft said he’d urge the President to push for legislation ensuring that Americans definitely own their own data, a source of debate during the conference given the marketability of many forms of consumer data.

Earlier in the program, Beccia had uttered the thought that seems to lurk behind all the rest of the talk: “How do you regulate innovation?”