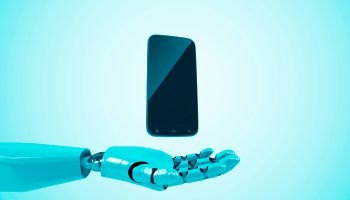 Anyone who has had disappointing results with a general-purpose AI application like Siri can see the appeal of a product that doesn't try to cover the waterfront.

Do you have an iPhone? Pull it out. Tell Siri that you want to buy Apple.

Trying that in a suburban Long Island, N.Y., town recently resulted in Siri asking if the user wanted to go to the Apple Store at a nearby mall.

Then, Siri suggested, the closest branch of Apple Bank for Savings?

Then the virtual assistant suggests a nearby floor covering company named for the fruit.

Apple Store at a different mall?

And so on, through numerous suggestions.

This Apple-seeking escapade illustrates a challenge from Zor Gorelov, co-founder and CEO at Kasisto, an artificial intelligence company that is very specifically focused on financially oriented AI platforms.

Gorelov believes that, at this point, for AI to work satisfactorily, it must be designed and applied to specific business domains.

By the same token, if an electronics store offered an AI platform, you’d be guided to a selection of Apple products. And you’d be looking for such goods because you’d have gone to that store’s app to have that conversation.

But going to a general AI platform like Siri would just lead you into the path described earlier.

Interestingly, advice on where to buy an apple, an actual piece of fruit, came way down the list.

People raised on any of the versions of “Star Trek,” where crew members anywhere in a starship could have a computer do just about anything on command, would love that capability in their homes or offices. But in an interview with Banking Exchange Gorelov says we are not there yet.

“Ultimately we’ll get to the generalist approach,” he explains, the AI platform, the virtual assistant that can do it all.

For now, “given the current state of technology and capabilities of the systems, I think focusing on specific domains is inevitable, in order to deliver a valuable, actionable experience to the consumer.”

In time, “Siri will know which Apple to buy for you,” Gorelov continues. “But right now, I think domain-specific AI is the way to go.”

Kasisto was launched out of SRI International in 2013. (Siri was actually also an SRI spinoff.) Kasisto’s KAI platform is being used as the foundation of bots and virtual assistants on banking companies’ mobile services. While KAI is intended to be used in multiple industries, financial services has been Kasisto’s first focus. Other areas Kasisto has mentioned in promotional materials include retail, insurance, telecommunications, healthcare, travel, and transportation.

In addition to this central KAI Banking platform, the company offers two products at this time: Kasisto KAI Banking on Messaging (for banks) and Kasisto MyKAI (for consumers). The company is in the midst of developing an AI platform for wealth management providers.

Kai Banking on Messaging is for banks to use. It enables banks to build smart bots on a KAI foundation that can be used to interact with the bank through messaging services, including Facebook Messenger, Slack, SMS texting, and others. Bank-branded smart bots using KAI can answer banking questions and data queries; perform transactions; and more. The idea is that AI enables the user to work with their bank interactively, as though there were talking through a transaction with a human. Royal Bank of Canada is the first North American bank to use this application.

The point of KAI’s products is ease of communication, in a conversational style, via voice, text, or touch screen choices. As demonstrated in a Kasisto video, usage is meant to be as simple as asking “How much money do I have?”

Talking to KAI, and to Gorelov

The following Q&A with Gorelov has been edited for length and clarity.

Q. What has been the experience with KAI in terms of generational usage?

Mobile banking apps tend to very transactional in nature. I go in to check my balance. I go in to transfer money. Typically I’m going to do it five times a month and I’m done.

KAI provides different ways for consumer to think about their finances and how they bank. In general, we feel that conversational banking can help give people a better understanding of their finances. We want them to be do banking the same way they interact with their friends. “How much money do I have? What do I owe on my credit card? What did I spend on Amazon Prime this month? How much have I spent on Uber this month?”

We’re enabling use cases that are very nontraditional, not something that you typically do in mobile banking, but things that are very appealing to consumers. And conversational banking makes them easy to do.

MyKAI allows you to connect multiple bank accounts, credit cards, loans, etc., across multiple providers. The result is that the consumer can do something as simple as ask, “How much money do I have?” That question is parsed out across their relationships and the consumer is told, “You have $5,000 and you owe $2,000. Would you like to see a breakdown?” And they can get all that in five seconds.

In today’s mobile world, ordinarily, to get an answer to “How much money do I have?” the consumer would have to access two or three accounts. Americans on average have more than three credit cards. You’d have to go multiple places, and write down the balances, and then add it all up yourself.

Q. What is the mix of voice users and text users in KAI?

A. Most of the interactions are text-based. We support both but we have not seen strong adoptions of voice-based conversations.

Q. Why do you think that is?

A. Good question. We think some of it probably has to do with privacy and security concerns. You don’t want to sit in the bathroom or on a bus and be actually talking to your banking app, right?

Q. You’ve spoken of millennials. What about older generations and virtual assistants?

A. I think older consumers will adopt KAI as well. One benefit to them is that you don’t have to learn a new user interface each time your bank comes up with a new version of its mobile banking app. It’s as natural as texting a friend: “How am I doing with my budget this month?”

For older people—people like myself—it’s more natural to want to access information this way than to try to navigate three or four screens down to find what they were looking for to begin with. So I think many of the benefits to using systems like this aren’t limited to millennials.

I’ll give you an example. DBS Bank [based in Singapore] made KAI Banking part of its digibank mobile-only bank, which debuted in April. KAI is built into digibank. It’s a virtual assistant that’s part of the mobile app and consumers are interacting to do their banking. They have all their banking features that they are able to do in a mobile banking app, but they also have the conversational interfaces.

Q. Is Kasisto targeting banks of a certain size?

A. No. We’re targeting banks that are serious about digital transformation and enabling digital channels and making them conversational. We have worked with both small and large banks.

Q. Is the U.S. a prime market or are you finding more traction elsewhere?

A. We have had a lot of success in Asia. In some ways, we believe, Asian financial institutions are more innovative and more creative than their western counterparts. But we are beginning to get traction with European banks as well, and we have customers in North America. We are working with U.S. banks.

Q. I’m one of those people who can’t remember the passwords for more than a handful of the online or mobile relationships that I have. I don’t even want to admit to how many times I have had to reset passwords because I came up with something I can’t remember today. How does MyKAI handle that?

A. We’re not solving the problem of password management per se, but here’s how our process works. To sign up on MyKAI you need to supply your bank credentials. We don’t store that anywhere, it’s a complete passthrough. We just send it to your bank and what we get in exchange from the bank is a token. The token is completely anonymized. The bank’s systems can map that token to a real user.

Q. One of the upcoming evolutions you’re working on is the wealth management capability that you’ve talked about. Will you be working with nonbank financial players, companies like Fidelity, Vanguard, and such?

A. That’s precisely the kind of companies we will be working with. The idea is for customers to be able to conversationally ask: “How’s the market doing today? How is my portfolio doing today? Do I have Apple in my portfolio? Buy some Microsoft for me.”

We don’t think that AI today is at a level where the human wealth advisor/relationship manager can be replaced. But I think they can become more efficient and effective by relying on AI to help them get their jobs done better.

Q. What about business banking? Everything I’ve seen about Kasisto has been on the consumer side. Is there an application of this AI technology to the business banking customer?

A. I think so. Some of our bank customers are active on the commercial banking side and I think there are a lot of powerful use cases that can be made for business customers as well.

Q. Kasisto has spoken of going into other verticals as well. What about government. Do you see any potential applications there?

A. Yes. Have you tried calling the IRS?

Q. You must have been reading my mind.

A. It would be nice to contact IRS through a virtual assistant and ask to to send you your tax records. Or maybe Donald Trump’s tax records.