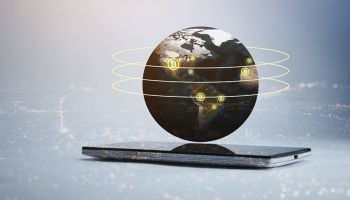 Fintech in the form of virtual currencies, artificial intelligence, and new forms of intermediation will remake central banking in ways that are just beginning to come into focus.

“Think of a social media company that is offering payments services without managing an active balance sheet. What label should we stick on that?”

For most commercial bankers, competing with such players is a growing challenge, but for central bankers, regulating such players and incorporating their activities into monetary policy deliberations will soon be more than an academic exercise.

This was just one example that Christine Lagarde, managing director of the International Monetary Fund, cited in a late September speech at a conference sponsored in London by the Bank of England.

Lagarde probed the ways that fintech will change central banking. She concentrated on three innovations that she believes will have significant impact on how central banks do their jobs: virtual currencies, new models of financial intermediation, and artificial intelligence.

Bitcoin and its brethren may not be keeping bankers up on Main Street, and Jamie Dimon’s negative opinion of these currencies has been well reported. But Lagarde made it clear they are something to be accounted for.

Those who dismiss virtual currencies may be in error, Lagarde suggested.

“For now, virtual currencies such as Bitcoin pose little or no challenge to the existing order of fiat currencies and central banks,” said Lagarde. “Why? Because they are too volatile, too risky, too energy intensive, and because the underlying technologies are not yet scalable. Many are too opaque for regulators; and some have been hacked.”

But Lagarde believes those are technological issues that will be resolved eventually. In the long term, she said, virtual currencies could replace the dollar or other fiat currencies that serve as a source of stability.

Why would people choose virtual money? “Because it may one day be easier and safer than obtaining paper bills, especially in remote regions,” said Lagarde. “And because virtual currencies could actually become more stable.”

“Citizens may one day prefer virtual currencies, since they potentially offer the same cost and convenience as cash—no settlement risks, no clearing delays, no central registration, no intermediary to check accounts and identities,” Lagarde argued.

Part of what makes the classic central bank model work is that they are at the hub of many other institutions, by definition. Lagarde suggested that the ability of central banks to fulfill monetary policy could be compromised if their traditional lines of control become less relevant.

“If anything, central banks may well have to increase the number of counterparties to their operations,” said Lagarde. She added that for those firms, greater regulation would follow. She allowed that that is “the price to pay for liquidity on a rainy day.”

The question of what is a “bank” also will come into play.

“Traditionally, regulators have focused on overseeing well-defined entities,” said Lagarde. “But as new service providers come on stream in new shapes and forms, fitting these into buckets may not be so easy.”

Artificial intelligence: Not yet Fed 2.0

Finally, Lagarde discussed AI and the possibility that it could take over monetary policy decisionmaking and execution.

She did not see this happening. “Good monetary policy … is about story telling,” she said. “Policy is effective if it can be explained clearly so the public can form expectations about future policy. Could machines really explain their decisions in plain English?”

AI can do a lot now, and more to come. But Lagarde noted that one thing computers can’t provide is accountability.

“Even with the best algorithms and machines, targets will be missed, crises will occur, mistakes will be made,” said Lagarde. “But can machines really be held accountable—to the young couple unable to buy a house, to the working mother finding herself unemployed?”