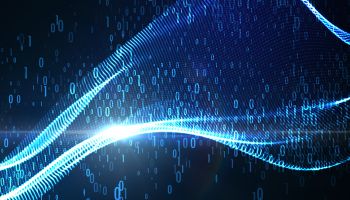 It can be easy, especially among members of a bank innovation shop, to let a technology as leading edge as artificial intelligence become a distraction—an end unto itself. When that happens with his staff, Patrick Mang, HSBC Innovation Lead for Global Markets, has a simple solution.

He reminds them who they work for.

“We are a bank,” he will say. HSBC is very interested in innovation, but the interest lies in how new technologies will make processes more efficient, faster, more competitive.

Mang explained this philosophical difference between a bank and a pure tech shop during a session that was part of the “AI Deep Dive” sponsored by Feedzai at the 2017 Money 20/20 conference. Moderator David Ritter, senior analyst at Bloomberg Intelligence, had asked Mang what his group was working on in the AI area that would increase bank revenue.

“It’s hard to say what AI will do that would generate a new revenue stream,” said Mang. He sees such technologies as the means to making banking processes and products better revenue producers, not the tech itself. He said the question he asks is, “How will we make more money in our existing businesses?”

Mang was not alone in this viewpoint. His co-panelist, Jeff McMillan, chief analytics and data officer at Morgan Stanley, said that his company’s most productive revenue source is giving advice.

McMillan said there has been a sea change in the wealth management business that plays into the capabilities of AI.

“We are not trying to sell things anymore,” said McMillan. “The days of selling things is over. We need to find out what our clients need.”

With that revised goal in mind, Morgan Stanley has been looking for ways to help its officers do a better job at advising customers. The solution is the addition to the company’s team of a “Harvard MBA with 2000 years of experience.”

McMillan makes that point with Morgan Stanley employees with tongue firmly in cheek. What he’s really describing is the latest iteration of the company-developed “Next Best Action” software.

He asked listeners to imagine a world where hundreds of people’s knowledge of investing could be put into a form that could allow access to all members of a team. That is the thinking behind Next Best Action. It draws on the input of many Morgan Stanley players to assist individual officers to better serve customers.

The software began with the 2013 installation of a rules-based effort designed to help Morgan Stanley advisors to best work with wealth management customers. The new, AI-based version was launched in September.

“We think this is the future of wealth management for the next 10-15 years,” said McMillan. He added that, like Mang, he believes it is important for his organization to remember what it is about.

“We don’t need AI,” said McMillan. “What we need is better capabilities to drive our decisions. AI is an augmentation of humanity, not a replacement for humanity.”

In fact, use of the new system is not mandatory at this time. “It’s all about choice,” said McMillan. “You have to get so folks engage in the process and demonstrate to them that this is value added.”

McMillan sees adoption building through word of mouth among the company’s brokers. If one broker asks another how he increased results 12% the month before, and he hears that it was through the company’s AI, McMillan believes adoption will spread.

Ritter asked the panel what the hurdles are to getting AI usage underway in a financial organization. Mang said obtaining top management’s buy-in is the first hurdle. Next come technical hurdles, which include challenges on the data management front. As an international organization, HSBC’s operations span many legal jurisdictions, each with their own rules on use of customer information, for example.

“AI can do some things better than humans, but it requires a lot of data to do that,” said Mang. One activity where AI can help is checking work for accurate performance, a tedious and time-consuming job for humans. For AI, the hours don’t matter and the “worker” doesn’t get tired or bleary-eyed.

Attitudes need to evolve in an organization to ensure acceptance of AI without fear, according to McMillan.

“Humans have to be in control,” McMillan said.