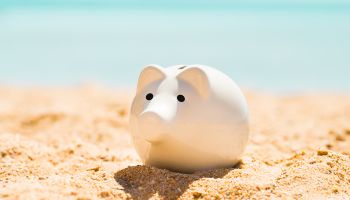 Two days after England’s Financial Conduct Authority released a report on the first year of operation of its regulatory sandbox program, the head of the program, Christopher Woolard, spoke about the program at the Money 20/20 conference in Las Vegas.

Launched in June of 2016, the sandbox was created to enable firms—banks and nonbanks—to “test innovative products, services or business models in a live user environment while ensuring that appropriate protections are in place,” as described in an FCA statement.

Woolard, executive director of strategy and competition, and an executive member of the FCA board, said the response to the program was much stronger than anticipated. An FCA statement noted that 146 sandbox applications had been received and of these 50 were accepted and 41 had progressed to testing in two “cohorts.”

According to Woolard, the program, the first of its kind by a financial regulator, resulted in speeding up the process of getting to market with these new services, one of its primary objectives of the sandbox. The FCA statement said that 90% of the firms that had completed testing in the first cohort have progressed to a wider market launch.

A second objective was that FCA “wanted to see a mixed ecology in the U.K.—large firms innovating using their own resources, we wanted to see people working in partnership, and we wanted to see smaller firms coming in to challenge,” said Woolard. The regulator especially wanted to ease the way for the smaller firms, and Woolard noted that 40% of the first-cohort firms had secured venture capital funding after going through the sandbox. Most of these were the small firms that applied.

“We’ve got firms ranging from the largest retail banks to six-to-seven person firms that applied,” said Woolard. The applications covered everything from banking services to payments to know-your-customer solutions, he added.

Woolard made his comments in response to questions from Jo Ann Barefoot, CEO of Barefoot Innovation Group, and co-founder of regtech firm Hummingbird Fintech. Barefoot introduced the conference session by saying that “FCA led the world in regulatory innovation.” Since the regulator launched its sandbox, 23 other countries have adopted the concept. The United State is not among them so far, however.

Woolard said the sandbox was the result of several factors, among them that part of FCA’s mission to promote competition in financial services for the benefit of consumers. With the emergence of fintech companies, he said, FCA noticed that these companies had a fear of financial regulators and were not sure where they fit into the regulatory system.

He also noted that the British government has a program to encourage conditions favorable for the development of fintech companies, and that in London there is a “crossover between technology research, traditional financial services companies, and access to funding”—all within close proximity. This led to “a whole range of innovative ideas that were difficult for regulators to understand,” said Woolard.

He stressed that the sandbox concept is not about waiving any consumer protections, but about eliminating regulatory ambiguity toward new innovations.

The sandbox is not “free form,” said Woolard, but has boundaries. He said they created a “tailored set of safeguards to make sure if the test goes wrong, we can deal with consumers that are inside the test in a safe way and a way that is simple.”

He said of the program, “We’re on a journey, experimenting as we go.” He also stated that regulators using the sandbox concept are taking on a degree of risk, but he feels they have to do that if they are truly looking ahead five to ten years in terms of the type of financial markets they want, and the potential benefits to consumers.

Learning from the inside

Barefoot asked how banks in England viewed the program. Woolard responded that some large banks looking to work with a fintech partner view the program as an enabler. Others see it as a threat. Woolard’s response to the latter is, “That’s what competition is all about.”

He said one surprise was the challenge some innovators faced in gaining access to banking services.

Commenting on the sandbox overall, Woolard said, “As regulators, we get to learn things on the inside of innovation; things that are quite different from the analog world.”

He said the question now was how to mainstream some of the ideas learned from the sandbox, such as ways to reduce unnecessary barriers to entry for innovators. But this does not include lowering consumer protections standards, he emphasized.

He suggested that other regulators considering a sandbox program build understanding of it internally by including representatives from every part of the organization in its development.