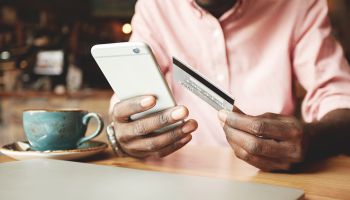 "In the moment" transactions need a payment element to work best.

Having grown so used to paying on the app of Uber or another ride-sharing provider, have you ever stepped out of an ordinary taxicab and forgotten to pay first?

The posing of this question to the audience at a recent conference underscores how quickly mobile payments are invading certain aspects of society.

But ultimately all commerce is about making a sale. Until money changes hands in some fashion, nothing has really happened except browsing, on some level. Any step between the customer’s decision to buy and the actual purchase represents friction—and the potential for the sale not to happen.

Understanding this in an internet and mobile context is the beginning of understanding “contextual commerce.” Contextual commerce involves bringing need, means of meeting the need, and payment for that means together nearly simultaneously. The actual delivery of the needed item might not happen instantly, in the case of physical goods, but faster and faster delivery brings that closer too.

Can you visualize it?

The idea of contextual commerce in this and other forms is very much on the mind of producers, payments providers, and the platforms that put them together. At the recent Money 20/20 conference, Vikram Bhaskaran, head of market development at Pinterest told listeners, “We spend a lot of time considering how you get from the moment of inspiration to where you get to buying something.”

If what you know about Pinterest is that it’s a site where people post visuals of things near and dear to their hearts—or to their sense of humor—a visit to the site would be worthwhile to update your perception.

One significant development over the last couple of years at Pinterest is a visual search technology that allows someone to pick something they see on the site and find a way to buy it somewhere, in some fashion.

See a couch in a photo that looks like it would fit your apartment’s style? Click and hunt. The technology has several applications now, including “Lens”,  “Instant Ideas”, and “Shop the Look.” Bhaskaran said that two billion Pinterest visual searches occur monthly.

Being able to buy and pay for desired goods and services and experiences in the moment is coming to be standard operating procedure. At the same session, Patrick Gauthier, vice-president of Amazon Pay, said that “consumers now expect there will be access to a broad range of information and product offerings—and a frictionless experience if they want to buy something. And they expect to be allowed to connect across multiple functions.”

Gauthier spoke of the Dash Buttons that Amazon provides for ordering various goods, such as laundry detergent, right near the need. “You want to be in the moment when the consumer has a decision to make,” he said, “and remove the friction of making their purchase at the right moment.”

In this sort of world, the customer rules, if the provider and payments channel wish to have their business.

“You have to give them a method of payment that makes sense for that purpose,” said Maya Mikhailov, chief marketing officer and co-founder of GPShopper, which is part of Synchrony Financial. (GPShopper provides mobile ecommerce functionality for both iPhone and Android devices.)

Mikhailov noted that the typical American now spends five hours daily staring at their mobile device for one reason or another.

For Mikhailov, even the likes of Dash Buttons aren’t quite convenient enough. She allowed that if she never had to so much as think about laundry detergent, she’d be even happier.

“I’d like my washing machine to order it for me,” joked Mikhailov. (Well, in a time when computer printer ink cartridges and razor blades arrive by subscription, how far off can that be?)

Making ecommerce frictionless depends heavily on artificial intelligence, according to Gauthier. And part of that requires applying some human intelligence.

“We must be sure that we don’t think solely in terms of our context,” said Gauthier. Even with AI, the concept of putting oneself in another’s shoes applies.

Bhaskaran said functions like his company’s visual search can help to establish a “digital vocabulary” for consumers. Traditional search engines generally require the searcher to come up with a word to look for.

Imagine looking for a replacement part for an appliance when you have no idea what it is called. Today, typically, finding the proper name means researching the appliance, downloading the owner’s manual or device diagram, and figuring out what the widget is called. Then you can go find a supplier.

But getting the money from the buyer is only part of the environment required for contextual commerce, according to Amazon’s Gauthier. He said that trust is an essential element of the transaction and the ongoing relationship, and that it must be earned.

“When something goes over the top, how does the customer recover?” asked Gauthier. He told listeners how his son had gone overboard buying “gemstones” for an online game—for real money, mind you—and how Gauthier had to go about recovering the funds.

Another element that’s essential is providing sufficient means of paying in the moment without flooding the customer with too many options.

Gauthier said that any one individual doesn’t require too many ways to pay. However, he added, across a population, a wide variety of methods needs to be provided because individual consumers have preferences and personal requirements. For example, he said, the budget-conscious consumer may isolate certain types of purchases on one specific credit card. Alternatively, they may use a prepaid card for that purpose, to contain their spending. All such choices need to be accommodated.

Generational differences must be accounted for, as well. Mark Lavelle, CEO of Magento, an ecommerce platform provider, noted how different many millennials’ spending preferences are.

“When I was in college, it was harder to get a hamburger than to get a credit card,” said Lavelle. In the wake of the CARD Act and more, he said, “that has definitely changed.”

But today’s young people tend to carry fewer credit cards and fewer store cards, he said, having a preference for debit cards and for mechanisms like Venmo that enable users to pay from bank accounts or to share expenses.

“Millennials’ ideas about money have changed pretty dramatically” from earlier generations, Lavelle said. To a great degree, while the formats for payments have grown broader and deeper, he said, the ultimately functionality behind them all remains pretty basic.

“The payments industry is very good at creating a lot of differentiation over pretty much the same things,” Lavelle explained.

When panelists were asked about the prospects for bitcoin as part of the contextual commerce mix, their reaction was lukewarm at best.

Said Amazon’s Gauthier: “I have yet to meet a customer who asked me, ‘Why are you not accepting bitcoin?’” Blockchain technology itself, however, is of great interest to Amazon for nonpayment applications, he added.

Gauthier suggested that bitcoin wouldn’t catch on for payments, broadly, until it became accepted beyond the world of the “geeks,” to use his word.

Indeed, addressing fellow panelists and the audience, he cautioned against ecommerce and epayments practitioners from getting too caught up in their own discussions. Ultimately, what consumers think will determine the direction of the use of payments technology.