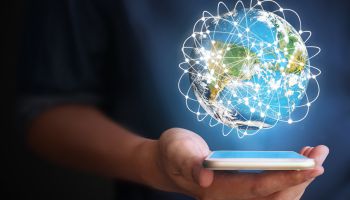 Many banks have to play catch-up on the digital front, to improve customer experience, according to SAP's Geoff Maxwell.

The good news about American finance, for SAP’s Geoff Maxwell, is that digitization has risen to the top of executives’ agenda. When he arrived at SAP’s U.S. operations seven years ago, says Maxwell, many bankers and other financial services leaders didn’t get the urgency.

That acknowledged, Maxwell, now global head, business strategy and execution for SAP Leonardo and Analytics, says American financial companies have to up their game significantly.

“A lot of efforts around transformation have focused on putting lipstick on a pig,” says Maxwell. “You can go a long way with lipstick. But you can’t make your operation a 7, 8, 9, or 10 with that strategy.”

Need to do better

For Maxwell, most large U.S. banks’ customer experience performance remains disappointing, compared to what it could be under current technologies. He says size is a delaying factor. Yet he adds that while community banks should be able to be more agile, given their small size, he’s not seeing so much improvement there either.

He blames part of the sluggishness on the way U.S. banks are regulated. Ask where he would rate the industry, on a scale of one to ten, Maxwell says many institutions would get low scores on digitization and customer experience. Some institutions, that have made greater efforts and strides, he would rate at 6, 7, even 8.

Are there any 10s out there? Maxwell says those aren’t likely.

“A 10 is rough,” Maxwell says, “because the bar keeps getting raised.”

“Banks are going to continue to be driving on the consumer side,” Maxwell says. 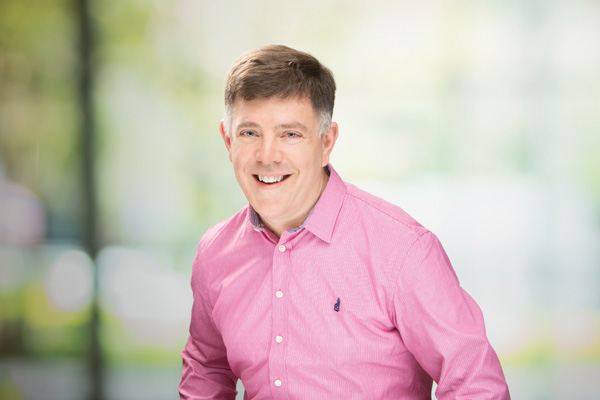 SAP's Geoff Maxwell: "A 10 is rough, because the bar keeps getting raised."

Where your bank could go

As an example of what the future successful institution could look like, Maxwell points to Discovery, a diversified financial services company that began in South Africa as an insurance company. Over 25 years Discovery added business lines, including banking and financial advice.

Maxwell says part of what sets Discovery apart is that the company defined itself as being about client health, overall. The core of its customer approach is a wellness app called “Vitality.”

The app is a rewards program, but more so than just trinkets and feel-good. Among other incentives is the ability to bring down health insurance charges by meeting goals relating to exercise, diet, and more. Features of the customer relationship include steep discounts on health food choices when purchased with Discovery cards.

Another platform, VitalityDrive, offered by the company’s auto insurance arm, grants benefits, including free fuel, for good driving, verified by remote monitoring. (Cambridge Mobile Telematics, which has provided Discovery with various generations of the technology, recently began marketing the tech more broadly as its Drivewell app.)

Discovery says in its financial reports that its approach produces customers who stick with the company and who have a better claims history than is typical. One of its social good measures is “lives impacted,” a yardstick that approached 10 million people in 2017.

“Vitality was built on the understanding that risk is behavioural, and changes over time,” states the company’s 2017 annual report. “Drawing on behavioural economics to support and incentivise people, Vitality helps people to improve behavioural risks, and subsequently their health.”

The company’s chief markets are in South Africa and the U.K., and its does additional business, typically via partnerships, in about a dozen other countries.

Maxwell says that Discovery has been designing programs to go beyond physical health and safety to include financial health as well. The focus here has been on goals such as retirement savings.

Some bankers might wonder at programs that include fee reduction and giveaways, considering that profitability is the name of the game at the end of the process.

Maxwell says income opportunities remain in such situations. Perhaps income per customer for a given service will be lower, but “you can expand the pie dramatically.”

In the end, he adds, each relationship “can be more valuable.”

Where is your bank in five years?

Maxwell’s prediction for five years off is for a much smaller industry where survivors will exhibit customer experiences on a level of 7-9. Those institutions that can only produce a 7 down to 5 will be struggling. And those with anything less will be in the process of fading away.

Mind you, Maxwell adds, he believes the need for rethinking approaches will apply just as much to tech companies like SAP.

“We have to be reinventing ourselves every few years,” Maxwell says.