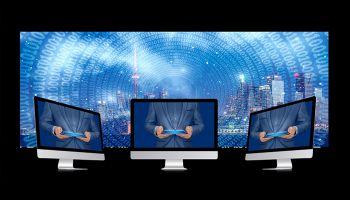 Genpact's Raja Bose sees acceptance of artificial intelligence in banking moving gradually, like many other forms of new bank tech.

Once, people worried about Big Brother watching them. Now, some would like Big Brother to protect the privacy of their personal data from Big AI—without realizing that artificial intelligence has already become woven into more of their lives than they realize.

A majority of consumers surveyed by Genpact—59% of a sample of over 5,000 people in the U.S., U.K., and Australia—think their government should be doing more to protect their privacy from encroachment by firms that use AI. Nearly two-thirds—63%—worry that AI will make decisions that will affect their lives without their knowing about it. More than half say they don’t like the idea of companies using AI to access their personal data. And 71% oppose use of AI that infringes on their privacy, even if the technology improves their experience as customers.

This begs the question, as the largest banks venture into use of AI, and others look on: “Why is the industry getting aboard this train at all?”

Raja Bose, global retail banking consulting leader at Genpact, a technology consultancy, says the findings of this part of the firm’s study must be put into perspective. Three factors are at play here: consumer understanding; the cycle of technology adoption; and identifying AI as such.

AI already affects more of our lives than we may realize. Bose points to his own family. A daughter practices her Spanish with an app called Duolingo. Among its features is the ability to converse with a “person” in Spanish, Chinese, and even High Valyrian, a fictional tongue invented for Game Of Thrones. What’s behind the curtain? AI.

Bose’s young son, roaming about the house, calls out orders and requests to Alexa. He’s so young that he has no idea that Alexa relies on AI. It’s part of his personal world.

“I used Google Maps today,” adds Bose. “That’s AI too. We’re using it more than we realize. When I use Google Maps, I’m letting Google know where I am. It’s a tradeoff.”

Bose believes the concern about AI is natural. Acceptance, he says, “is a bit of a moving target.” Not all that long ago, the notion of banking by phone, or depositing checks in an ATM, was not something many felt comfortable with.

“AI will have the same maturation cycle,” says Bose.

One point that makes AI different, says Bose, is that “it is not a thing, a phone, something we hold.”

We don’t see AI. If it’s not a chatbot, we don’t hear it. AI is embedded in other services and in devices.

A factor in the acceptance of AI versus discomfort with AI access to personal data is the explosion of data breaches, Bose suggests.

Bose sees this as a temporary setback, partially because he hopes that the threat of data breaches will in time be reduced or removed.

Building confidence in solutions to breaches is a key part of the challenge. The firm’s survey report states that “the private sector must emphasize transparency, co-operation, and visibility—powerful controls will win consumer confidence and allow them to use AI to its fullest.”

This represents a communications challenge, but one with subtlety. “It’s not as simple as saying, ‘Hey, we’re using artificial intelligence’,” says Bose.

Acceptance and comfort will come in stages, he predicts. The likes of Google Maps and Waze are a way station, in a sense, for bigger things.

“That comfort level we have now is what is going to lead to self-driving cars,” Bose says. It is a smaller leap to take AI directions to get to Grandma’s than to let the family car drive you there for Thanksgiving.

Bose acknowledges that people worry about financial privacy and about what happens in their financial services relationships.

The survey found that only 12% of people say they would prefer using chatbots for customer service needs, preferring humans, even if the service is faster and more accurate. Even so, the study indicated that there is a growing appreciation among adopters that AI can be capable of providing a better experience. Younger consumers especially felt this way—being twice as likely to feel AI makes their lives better. Bose suspects that positive feeling correlated with actual usage, with older consumers claiming not to see a difference.

Knowledge of interacting with AI varies. Less than half of the survey sample say they deal with AI at least weekly. And fully one-quarter says they never do so.

Bose says that surveyors found they needed to do some education along the way. People don’t always realize that they are already dealing with AI. Anyone who uses Amazon, Netflix, and other online services can’t escape AI.

Respondents were asked to rank industries by how likely they would benefit from AI. From ten listed in the report, banking/financial services came in fourth, at 10%. Coming in ahead was technology (23%); industrial manufacturing (20%); and healthcare (11%).

Simply going from specific human financial advice, for instance, to advice delivered completely by AI won’t likely play, he suggests. But he believes where a bank presents advice as provided by a human assisted by AI will be accepted. In time, he says, people will be more comfortable with consulting AI for advice.

“Everyone always jumps to the end state, where AI replaces a person,” says Bose. It makes more sense to think of gradual adoption, he says, than sweeping change.