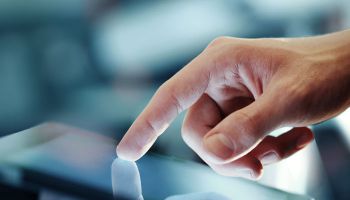 Fintech startups have a Feb. 5 deadline to compete for a spot in a program designed to help them get further off the ground.

“Sometimes we don’t know what we don’t know,” says Jack Novielli, EVP, Strategic Product Integration at FIS. That’s part of why the major banking supplier is co-sponsoring this year’s VC FinTech Accelerator program—to hear about new ideas and to help bring them along.

The program, entering its third year, is a joint effort of FIS, Arkansas, and The Venture Center, based in Little Rock. Young fintech companies compete for ten slots in a 12-week program that commences April 30.

Each participating firm obtains some funding. In addition, each company receives mentoring and training from FIS and the Venture Center. Participants also receive personal access to the FIS leadership and may be visited by FIS financial services clients interested in the technologies they are developing.

The two earlier rounds of the program concentrated on risk-management technology and then on artificial intelligence and speech technology. Among the areas that FIS is especially interested in for this round are blockchain technology, data analytics, and regtech, according to Novielli, who is a veteran banker. He joined FIS last January.

Novielli says that FIS tends to look at participating firms through a long-term lens, hoping to find new ways of tackling financial services tasks, including cutting costs and building profits.

Bankers visiting the participating companies during the program have different orientations. Novielli says that some plan to ramp up involvement in fintech and want to hear more about the newcomer’s concepts. Others may want to invest directly in the development of new fintech capabilities.

Of course, Novielli points out, “they may come in looking through one lens and go out looking through another.” Some past participants have been taken up into FIS’ reseller and investment programs; received trade association endorsements; raised major slugs of follow-on capital after completing the program; and receiving “best in show” designation at a leading financial services/fintech conference.

Startups don’t have to be based in Arkansas to apply. Novielli points out, however, that three past participants in the program chose to relocated to Arkansas after taking part in the accelerator effort. But the main idea is to bring along newcomers so ideas can be realized.

“Some of these companies come in pretty raw, in terms of building a business case,” says Novielli in an interview with Banking Exchange. “Some of them have a solution in search of a problem.”

And that’s where the program’s guidance can help. Remember, there was a time no one knew they “needed” a smartphone, either.

Fintechs wishing to participate can apply for consideration here. The application deadline is Feb. 5.