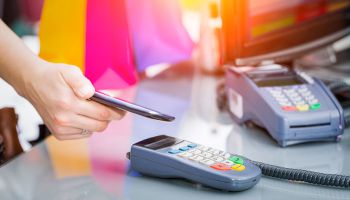 When open banking comes to the U.S. it might unleash a period of heavy competition, suggests Alan McIntyre of Accenture. In the meantime, he says, U.S. bankers' eyes are on Europe.

This leaves some leeway in predicting what banks and retailers covered by the open banking law will do under the new regimen. In brief, as implemented in Europe, the open banking scheme grants qualified third-parties with permissioned access to consumers’ financial data at banks.

How retailers will make use of open banking has been of particular interest. In the European Union, the rules were essentially put to the banks—they were told how they would implement the law and with whom. In the U.S., open banking principles appear poised to come about, at least initially, not via government fiat but via market forces.

In an interview with Banking Exchange, Alan McIntyre, senior managing director at Accenture and head of its banking practice globally, says that extrapolating from the firm’s research in later 2017 indicates that the line between where banking ends and retailing begins may begin to blur in Europe.

The idea behind open banking is that data can only be seen by retailers and other third parties if a consumer is willing that they do. If a consumer were completely willing, the data a retailer could access would be substantial, and what they could do with it at the point of sale would be powerful. McIntyre suggests that consumers could see their banking balances right on a retailer’s terminal at the point of sale or online. They would make their purchase in full awareness of how much money they had to spend. McIntyre also suggests that additional forms of credit could be offered, such as a term loan at the point of sale, with such flexibility and availability.

Beyond this, fully implemented open banking makes possible a wrinkle in payments that isn’t spoken of as much as other aspects of EU open banking. McIntyre notes that open banking can enable direct transfers between financial institution customers’ accounts and the retailers. Open banking permits bank and retailer to process payments or refunds directly, without an intermediary. One application of this capability would be retailer-based purchasing apps that could be offered independently or in partnership with another company.

Does everybody have their price?

The sticking point, says McIntyre, is that European consumers have typically been somewhat reluctant to share their banking data with third parties, which stops the music pretty quickly.

However, McIntyre thinks that retailers could gradually shift consumer attitudes through their loyalty programs, by providing incentives to customers who permit access to their data and who permit payments to be initiated through the retailer’s sales channels.

In a survey conducted last fall, Accenture found that 28% of retailers in Europe expected to implement open banking APIs (application programming interfaces) in January 2018, with most of the rest planning to implement the technology later in 2018 or into 2019. Another 9% of the sample had no plans for open banking APIs.

McIntyre believes the outcome of European open banking won’t be clear for at least 12-18 months. In that time, he says, the concept could take off. On the other hand, he says, open banking could prove to be just another dormant technology.”

In the U.S., McIntyre says, retailers are interested in “enhancing the point of sale experience,” but given that there is no government push for open banking, he sees it much more likely that bank-retailer partnerships will emerge, likely with some element of exclusivity.

There is strong reason to think that U.S. consumers would be interested in such efforts, with sufficient incentive. McIntyre points to the popular Amazon Prime service, which comes with all kinds of perks and benefits. While there are many incentives to be part of Prime, Amazon also gets customers to pay a price for it ($99 annually).

In Europe, McIntyre doesn’t expect banks to push such programs, with the push much more likely, in time, from the retailers’ side. However, in the U.S., he expects a greater competitive dynamic to emerge as open banking develops. Banks will not only be competing with nonbank players for a piece of this action, he suggests, but with each other.

“The regulations in Europe are intended to create more competition for incumbent banks from fintechs and retailers, and therefore more options for consumers,” says McIntyre. However, competition in the U.S. is already hotter, more varied, and more of a free for all, one can see, especially in the absence of an official mandate.

McIntyre adds that when such competitive zeal emerges, there is a risk of what he calls a “circular firing squad”—that is, cutthroat competition where everyone gets bloodied.

That’s all in the future, beyond the beginning of the beginning. For now, McIntyre says, “our clients who are not doing business in Europe are very eager to watch open banking unfold.”