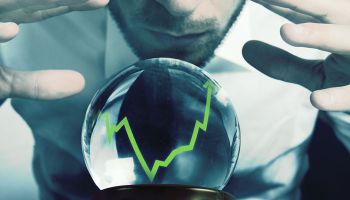 Even as Americans continue to use checks for some transactions, faster digital payments have begun taking off.

Particularly surprising has been the rapid pickup seen in usage of Zelle, the bank-owned P2P payments method, according to Rajesh Venkatraman, director of worldwide payments sales for IBM Cognitive Solutions, in an interview.

Venkatraman sees this as an indication of the desire for faster payments in the U.S. Beyond Zelle, which promises real-time payments, other players include the faster payments technology developed by The Clearing House. Other services will be coming along as a framework developed under Federal Reserve auspices, summarized in a mid-2017 whitepaper, continues to be explored.

Zelle, owned by a small group of large American banks and operated by Early Warning Services, launched in June 2017, replacing an earlier payment service run by the latter. As of late January, Zelle claims that more than 95 million consumers can make payments with the service via their banks’ mobile apps or via a Zelle app available on the Apple App Store or Google Play. The app can be used by almost anyone with a Visa or MasterCard debit card issued in conjunction with a U.S. bank account.

Zelle was used to make $75 billion in payments in 2017, with the actual number of payments coming to 247 million. In January Zelle said that the service was enrolling an average of 100,000 daily. (Competitor Venmo, offered by PayPal, indicated through a spokesperson in late February that it processed $35 billion in 2017, reflecting an increase of 97%. Venmo does not disclose how many users it has, the spokesman said.)

Venkatraman says that there’s been a hastening transformation among banks, regarding their interest in services like Zelle and the future for faster payments generally. Interest is growing, he says. Engagement may be another matter.

“Everyone is aware of this now,” says Venkatraman. “But how much of this is serious? Some might think that it doesn’t apply to them.” He says that in the “Age of Zelle” institutions cannot ignore faster payments. Over 80 financial institutions, including large banks, regional and community banks, and credit unions, have become part of the Zelle network, according to a Zelle representative contacted in late February.

In conversations among community bankers, Banking Exchange has found interest in Zelle—particularly in the desire to appeal to younger consumers—but also some frustration in that their payments and technology providers aren’t always ready to get their banks activated.

“There’s some ‘keeping up with the Joneses’,” says Venkatraman. “But there is also first-mover advantage.” So he sees the technology as becoming mainstream. (IBM is among a growing group of technology partners to Zelle.)

Going with Zelle ahead of ROI case

A challenge that Venkatraman hears about is determining how much budget and staff a bank ought to commit to faster payments services such as Zelle. Part of the challenge is that, while he says that 40% of the banking industry’s income arises through transaction services, thus far services like Zelle are not profit centers.

“There isn’t an immediate ROI other than customer retention,” explains Venkatraman, an IBM financial service veteran. Smaller banks may have particular difficulty justifying the expenses involved, initially, he adds.

However, he suggests, the industry can’t afford to hang back when some leading nonbanks are becoming factors in payments.

“Some payments providers are acting as de facto banks,” he says.

One example he gives is Starbucks, with its payment app. In fiscal 2018 first quarter, the company says mobile order and pay represented 11% of U.S. company-operated location transactions.

The continuing volatility in the price of Bitcoin may lead some bankers to scoff at cryptocurrency, but Venkatraman says it’s important that banks look beyond Bitcoin in this sphere.

The fluctuation in pricing of Bitcoin and other cryptocurrencies can be a distraction.

“A lot of that is pure speculation,” acknowledges Venkatraman. “It’s a Wild West of sorts.”

Looking beyond pricing, he believes that “there is a place for digital payments” based on cryptocurrencies.

He argues that cryptocurrencies have the potential for increasing the efficiency of payments processes in the long term. Many forms of payment, while new on the customer-facing end, still rely on the traditional payment rails that longstanding forms of bank-operated payments do, he points out. He sees cryptocurrency as improving the efficiency of cross-border payments in particular.

Digital ledger technology—the shared aspect of cryptocurrency that Bitcoin and others use—holds out some promise over centralized processing, Venkatraman believes.

“Many of our customers have been discussing this with us,” he says. “They are starting to engage in pilots and are making other investments. They see a first mover advantage along the way.”