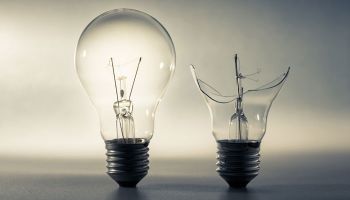 In a survey a group of banks says fintech innovation ideas actually make it through to implementation less than one out of four times. How can this ratio be improved?

It’s become the current conventional wisdom is that fintechs and banks can do best when they partner. Ah, but no one said that that route would be smooth.

In fact, sometimes it’s hard to even find a road from Point A to Point B.

Case in point: Not every bit of technology is a “product.”

“Technology does cool things,” says Maria Gotsch, “and a product solves a problem.” And they aren’t always the same thing.

“Entrepreneurs are in love with their technology,” says Gotsch, president and CEO of the Partnership Fund for New York City. But sometimes a neat little piece of tech is just that. It doesn’t actually dovetail with any pain points.

Think of Silly Putty. You can bounce it high after rolling it into a ball. You can smoosh it and stretch it and all kinds of things. You can use it to transfer images from newsprint. (“What’s newsprint, Daddy?”)

Until someone figured out to make it a toy, and to stuff it into those cute little plastic eggs, there wasn’t much to do with it.

On the other hand, “sometimes the technology does solve a problem, but it’s not a top 10 problem,” continues Gotsch. “You want to be in the top 10, not number 13.”

Gotsch has seen such issues play out frequently. Her group and Accenture founded New York’s Fintech Innovation Lab in 2010. The lab is a mentoring and accelerator program that pairs representatives of large city-area banks, insurance companies, payments firms, and hedge funds with promising fintech players.

The program culminates each year in a presentation by that year’s class of fintechs to the media and investors, strutting their stuff, as improved by their interaction with industry practitioners. This year the program will include an “insurtech” track.

Gotsch says that even when a fintech’s technology appears to have a strong practical application in finance, that’s not a guarantee that implementation, or even a pilot, will commence.

“There are going to be disconnects,” says Gotsch. One concerns the basic proving ground for every fintech today—the cloud.

Historically, the conversation begins with the fintech explaining that it going to begin working with an application for the bank in the cloud.

The bank’s traditional response: “Uh, no. You are not taking our data to the cloud.”

Gotsch says that as banks, and their regulators, grow more comfortable with cloud technology the ice is thawing. However, even then, some meeting of the minds must take place. Tech entrepreneurs must be willing to work in some form of protected space, in recognition of the strictures with which regulated banks must comply. Banks have long contained their operations inside their own data centers or within secured vendor facilities. And that is something fintech must understand.

Banks are transitioning, says Gotsch, but they are not there yet.

Experiences like the ones told above drove a study recently unveiled by the lab, the Fund, and Accenture: Mind The Gap: Addressing Challenges To Fintech Adoption. A survey was conducted among 35 financial services executives plus 52 fintech executives in New York, London, and Hong Kong who have participated in the fintech lab approach in the three cities.

As the preface to the study says, “… collaboration between financial institutions and fintechs remains a challenging and time-consuming process. Tactical hurdles are slowing smooth and efficient technology adoption by established financial service providers.” The study attempted to find facts and reasons.

Among almost all financial institutions surveyed—mostly CIOs and CTOs—fewer than one in four products tested at the “proof of concept” stage ultimately reach implementation.

Among the fintech players who are “lab alumni”—mostly CEOs—40% say that half or more of their products go on to implementation. (The report notes that part of the reason for that difference in results is that financial institutions were referring to all innovation attempts, whereas the alumni have had the benefit of being mentored.)

Perceptions regarding why many ideas don’t come to fruition differ on both sides. Among financial institutions, over 60% cite regulatory, compliance, or security issues as major problems. Fintech leaders, on the other hand, infrequently blamed these factors—less than one in five did so. (The study also found that financial companies work more actively than fintechs do to address regulatory concerns.)

The fintech players instead blamed four causes, some of which suggest a level of distrust or suspicion:

• Lack of budget at the financial institution.

• Competition with a product developed internally at the institution.

• Perception that the fintech product would bump an internal team.

• Costs sunk into legacy technologies at the financial institution.

For their own part, fintechs also blamed lack of dedicated employees and funding for stalled efforts.

One point of agreement between the institutions and the fintechs: Procurement processes take too long. In the New York part of the sample, both sides said procurement can take four to six months. Sometimes it can drag on longer. The city’s fintechs also believe that vendor approval processes represent a major challenge.

“Overall, there appears to be a lack of mutual understanding and clear communications on why a particular technology is not ultimately purchased,” the study reports. “While financial services companies are investing significant energy into labs and accelerators to solicit new ideas, less attention and resources seem to be focused on the complex process of integrating new technologies.”

On the other hand, the study states, fintechs could give more attention to security, regulations, and compliance.

For the banks’ part, Gotsch says she thinks more adoption will occur.

“The will is there,” says Gotsch. “We are starting to see financial institutions modifying their onboarding processes.”

One basic that any bank engaging with fintech partners can take from the study is the need for better communication. A key one from the fintech firms’ perspective is having a single dedicated person on the financial institution’s side who is the point person for the project. The study found that in New York only a little more than half of financial institutions appoint someone to such a post.

It may be that banks may have to get used to giving up not only legacy systems, but also traditional approaches. Not everything in these “agile” times can be handled by a committee.