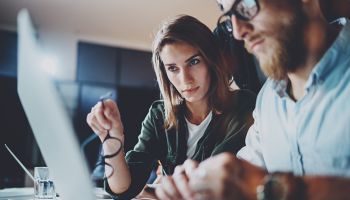 What customers consider their "banking" has spread far beyond the traditional bank umbrella. Who provides each service and who provides the platform remain issues to be answered in the marketplace.

Jegen, moderating a panel at the recent LendIt Fintech conference on the changing definition of “bank,” was making a point. While the population of neobanks, near banks, fintechs with banking applications and aspirations, and other creatures continues to grow, the traditional banking industry’s leaders continue to consolidate and build their presence. This makes it necessary to keep talk about the evolutionary effect of disrupters in perspective.

In short, as has been said elsewhere, numerically it will take new players a while to make a dent.

The LendIt Fintech conference, held April 9-11, coincided with Comptroller of the Currency Joseph Otting’s announcement at another conference that within three months OCC would announce its policy on the fintech charter proposal that Otting’s predecessor, Thomas Curry, introduced.

To many companies at LendIt Fintech, the fintech charter is a significant issue. Even if they don’t have a direct interest in such a charter, they still seem to regard its existence and future as something of a factor in fintech’s future. Curry took part in, and attended, sessions devoted to the charter and the state of federal financial regulation. One enthusiastic moderator, head of an online lending institute, lauded Curry’s vision and asked him to take a bow for his insight. Curry declined, merely smiling and acknowledging the praise with a friendly wave.

In this day of social media and more, news of the fintech charter’s updated status whipped through the San Francisco-based conference the same day that Otting had discussed the matter in Washington. To that crowd, it was a “front-page” story, a potential positive, though not so to banks.

The importance of access to the banking system is critical for many fintech companies. Even if a firm chooses not to explore any type of banking charter, players frequently need to “do business with the banks, and get access to their rails,” explained Zach Perret, co-founder and CEO at Plaid. Perret’s firm specializes in technology that enables fintech companies’ applications to connect with consumers’ bank accounts in a secure fashion. The company says that it connects over 9,000 financial institutions.

Perret said he has a hunch that even if a fintech charter becomes a reality, that many fintech companies will prefer to stick with banking partnerships that they have already entered. “It would make it faster and easier” to have a fintech charter out there, Perret said, but by working with an existing bank much can be done, and done now. He felt the regulatory structure wasn’t essential.

“Putting an API on top of a bank, you can create a lot of exciting products,” said Perret.

Jegen’s panel brought out the fact that perceptions of change in financial services are almost as important as the actuality of change—and that the two should not be confused with each other. Increasingly, the line between newcomers and traditional providers is blurring, too. The presence on the panel of Abhinav Anand, head of consumer loans for Marcus by Goldman Sachs, the digital consumer banking arm of the Wall Street bank, is proof of that. Marcus, while a new and growing player, holds a traditional banking charter.

Banks, as the established providers, have something that newcomers don’t have: customers with bank accounts. This may sound like circular reasoning, but Plaid’s Perret explained why it isn’t.

Historically, consumers thought of banks much as vaults, a place to safely store money. Today, however, “a bank account is becoming the hub of your financial life,” said Perret. “Consumers will become highly entrenched in their bank account, because it’s the one thing they use for every financial service that they have.”

Interestingly, this plays to the same advantage of inertia that traditional institutions historically relied on to avoid customer departure, and as a further incentive to cross-sell as many additional services to customers as possible.

This puts banks at the center, then, but at the center with some decisions to make. First, Perret said, connectivity between all those functions will be critical. But Perret explained that inventing everything the consumer wants and needs within the bank isn’t economical, and may not always result in the best product for the customer.

“Many large banks are intentionally doing everything for everyone,” Perret said, “but it’s really hard to build that full spectrum of products.” He said more institutions are deciding to specialize in certain product types and to partner for other offerings.

What this will mean for profitability going forward is uncertain. Panelist Mark Forbis, vice-president and chief technology officer at Jack Henry & Associates, predicted that there will be winners and losers as institutions decide how to deal with these new economics.

The time for making such decisions isn’t infinite, either. Mitch Siegel, principal at KPMG, and national financial services strategy and transformation leader, said that in lieu of an orderly approach, consumers’ own decisions have caused them to create relationships with multiple financial services, notably through apps with distinct providers. This has resulted, he said, in a significant unbundling of financial services.

“Unbundling has created all kinds of slivers out of our financial lives,” said Siegel.

For consumers, this is not a convenient state of affairs. Siegel believes that they crave the simplicity of a centralized location for their relationships. Speaking personally, he pointed out that “I can’t even manage my loyalty programs anymore,” so diffuse and numerous have they become.

Siegel said he believes that a “rebundling” of the unbundled relationships needs to come soon.

“The winners will be the ones that focus on their strengths and partner with others for the rest,” predicted Marcus’ Abhinav Anand. Moderator Jegen asked him about his own company’s plans for partnering. At present, Anand answered, Marcus’ activities are so new that a great deal of growth potential remains within lines that the bank provides on its own.

The discussion ranged among many facets of the fintech picture today, among them open banking. That has been launched in the European Union under its PSD2 regulations and in the U.K. under its open banking initiative. And there is much talk about open banking’s advent in the U.S., though no government mandate exists for banks to open up customer data, with permission, to qualified third parties.

Some panelists spoke of the U.S. falling behind in open banking, but Perret said the state of the law in Europe and the U.K. is not the same as what’s going on. He said he understands that the vast majority of European banks have not yet built the infrastructure needed to make open banking work. Those not complying are paying fines for not doing so, but have not treated the matter as a priority fix. Perret said that he believes it will be years before open banking reaches its real potential in Europe.

Perret also suggested that the development of open banking in the U.S. will more likely be a private-sector, voluntary affair than a matter of government policy. Part of this is the sheer number of institutions based in the U.S., he said, versus the comparatively small population of institutions in the U.K. and Europe.

In addition, he said, “we’re not in a [pro] regulatory environment, at least as far as I can see, where there’s going to be activity for more regulation on banks.”

One thing that panelists agreed has been settled in the U.S. is that customer financial institution data belongs to the customer, not the bank. Jack Henry’s Forbis said that processors like his firm have been working to “democratize” data so it can be accessed easily by third parties as connections are built. However, he added that there is more to the picture for companies than the data available in the enterprise data systems of banks and other companies. Maximum utility for providers will come from blending such data with data from external sources.

“I think the data tug of war is in the past,” said Perret. “There is a lot of universal agreement that consumers own their financial data.”

KPMG’s Siegel agreed that the U.S. is not as far behind Europe as some think—perhaps a little later to the party, he said, but keeping pace in terms of openness.

“We absolutely need open banking,” said Siegel. He said he believes the market will develop what’s needed, and that providers will sort out the regulatory side down the road.