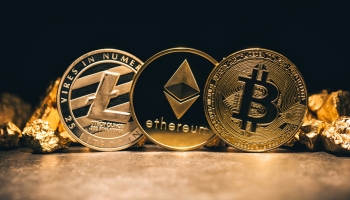 National banks and federal savings associations are permitted to act as custodians for cryptocurrencies such as bitcoin, following a clarification from the Office of the Comptroller of the Currency (OCC).

In a letter published last week, the regulator stated that providing custody services for customers using cryptocurrencies was a “modern form of traditional bank activities”.

“From safe-deposit boxes to virtual vaults, we must ensure banks can meet the financial services needs of their customers today,” said Brian Brooks, acting comptroller of the currency.

“This opinion clarifies that banks can continue satisfying their customers’ needs for safeguarding their most valuable assets, which today for tens of millions of Americans includes cryptocurrency.”

The OCC’s rulebook has specifically recognized digital assets since 1998, but last week’s letter updated its guidance to include more specific information on cryptocurrencies.

The regulator also highlighted that the accelerating trend of digitization would require banks to “leverage new technology and innovative ways to serve their customers’ needs”.

“By doing so, banks can continue to fulfill the financial intermediation function they have historically played in providing payment, lending, and deposit services,” the OCC said.

Some states had already permitted their banks to hold bitcoin and other digital assets, as cryptocurrencies have become more popular over the past few years.

Most digital currencies are held in “wallets” by specialist cryptocurrency exchanges. Several of these companies have been targeted by hackers, including Binance, which suffered a breach in May 2019 resulting $40 million worth of bitcoin, and Cashaa, which lost $3 million in a hack earlier this month.

The OCC is also still gathering feedback on proposed updates to its rulebook on a wider range of technology-related issued including cryptoassets, distributed ledger technology (also known as blockchain), artificial intelligence and machine learning, and emerging payment technologies.

Comments are being accepted until August 3.

Meanwhile, the Covid-19 crisis has rekindled a long-running debate about launching a digital version of the US dollar. Lawmakers have proposed a “digital dollar” as a potential solution to the problem of issuing the Economic Impact Payments issued by the government in March as part of the Coronavirus Aid, Relief, and Economic Security Act.

The price of different digital currencies has often been highly volatile: according to data from Statista, the combined market capitalization of cryptocurrencies fell from $566 billion in 2017 to $129 billion in 2018, before rising to $237 billion last year.