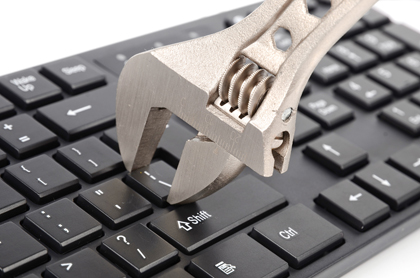 Are banks in general shying away from technological advances, such as the use of “Big Data” analytics, because the issue is just too complex to get a handle on? Will mobile banking and mobile payments ever become mainstream, and, if so, when?

Banking Exchange Tech Topics recently participated in a wide-ranging, often hard-nosed roundtable discussion with analysts from CCG Catalyst Consulting Group, whose clients are exclusively financial institutions, regarding current technology trends that they see affecting banks. Here is an edited report of that conversation.
Tech Topics: What technology trends in the banking industry do you see emerging?
Paul Schaus, president: What I see a lot of, besides banks trying to get more efficient because their revenue stream is changing, is that centralized information is still a driving force. By that I mean that one look of the client; that understanding of what the client wants; the connectivity; keeping all the interactions with the client. That seems to be more prominent this year than two years ago. Banks are very client-centric in trying to capture information.
Tripp Johnson, practice manager: That customer information comes with different names. It used to be customer relationship management. Now it’s the 360 view of the customer. Everyone is still struggling with that one household view of a customer. It’s not as hard to get on the pure retail side because you can match all of that. It’s when that customer also has business accounts and they want to try to hook all that together. Unfortunately there’s not a common denominator to a business that’s tagged by a tax ID number, where your Social Security is on your retail side, unless you manually map those things.

Lee Kidder, practice manager: The problem extends beyond those two areas. The real area that banks should be looking into, but I don’t see any evidence that they are, is data management. There’s a term that has begun to make the rounds, called “Big Data.”
Tech Topics: I was just going to ask about that.

Kidder: Of course it is. I use a term called “atomization.” In order to be able to get to the degree of customer relationships that banks believe they are going to need in order to be able to provide the kind of security, the kind of compliance, the kind of integration, banks need to have a much more complex data structure and data management capability. Maybe 100 years ago the smallest, most indivisible unit of matter was considered to be the atom. We now know that the atom has much smaller elements. We even get down to areas where matter and energy are flowing from one to the other. I think we are at that point with data, where banks are concerned. We need to parse and break down the individual units of data that are now known as transactions and dollar amounts and dates. We need to break that down into even more finite pieces and to capture that at the beginning of any interaction with a customer in order to be able to have the huge capability to link little tiny bits of data here, there, and elsewhere as they relate to an individual customer. Banks are going to have to rethink how they store, how they capture, how they retrieve, how they associate, how they remember, how they report, data. Unless they start doing some real research and work in that area, mobile banking is still just going to be a little toy for them.

Schaus: [On another trend], if banks are thinking about deploying mobile devices, whether it’s for their own sales forces or their clients, or whatever other purpose, they need to rethink what kind of information those devices are going to be able to access. What kind of information do those devices need to access in real time? What kind of information can be stored at a central repository that just gets brought to bear perhaps on a supportive basis? The whole architecture of how data is put together, stored, and delivered, through what channels, what devices, for what purposes—it needs to be turned inside out and re-examined…I don’t think banks have thought about this much. They’re leaving it to the IBMs and others to do that kind of thinking.
Tech Topics: A lot of banks can’t afford that kind of research and development and they depend on third parties.

Schaus: But I don’t see banks participating in the discussion. You can correct me if I’m wrong but when you bring up Big Data with the banks it’s almost like they see it as so daunting they want to keep ignoring it. It’s like, “Oh, well, we’ll somehow get it to work,” as opposed to really getting in there to figuring out how they’re going to manage data. Say you put up a mobile app. A mobile app has its own individual data mark, which then is impossible to connect to anything else. You end up with masses of customer data, of the same customers, in every single application, versus one central repository.

Mike Scheuerman, practice manager: Banks tend to put another layer of middleware on top of another interface with the customer and see if they can hook database No.1 to database No. 2. The result will be three quarters correct, as opposed to really peeling back all these layers and examining Data with a capital D.

Johnson: I think it’s also getting bankers to recognize, and not just say, it’s a problem. That’s what I run into. They hear us saying it but they don’t see it as “We really need to bring someone in.” It’s easier to avoid it than to address it because it seems like you’re going backward. My argument is, if you took a step back and fixed that—yes, it may take a little longer—but once that is fixed you could be deploying stuff at twice the speed as now.
Tech Topics: Isn’t one of the arguments that if banks don’t do it, other competitors will?

Johnson: Oh, you have Google and the rest of them. Before we know it we’ll have them data-mining every feed on their site and they’ll be the ones selling information and whatnot. It can be done, especially with the social media and all the data-mining with that. Either banks are wary of the privacy issues and the regulators, or they just don’t know how to go about doing it.

Tech Topics: Or both. Don’t bankers have to be wary of regulators?

Schaus: Regulators react to yesterday’s problems. Bankers are trying to avoid those problems or spend as little on them as they can. In the case of Big Data, rather than getting down to the bottom of this and leading the regulators, bankers are responding to regulators—too little, too late.

Tech Topics: But sometimes things do happen and things do go forward. Check 21, for example. It’s old now but at the time that was really revolutionary.

Johnson: Check 21 might have been an exception to the rule.
Tech Topics: Let’s talk about mobile payments—how fast do you see that coming?

Schaus: Mobile payments is going to make mobile banking become mainstream only when the mobile part becomes as easy as flipping out a debit card to make a payment. If I have to do too many gyrations on my phone to make a payment go through, I’d rather pull out my debit or credit card and use that. It’s easier. Once the mobile phone gets there, and it will, then you’ll see mobile payments become mainstream. But in this country, we’re a little behind the curve. It will eventually get here. Just like the chip in the credit card with the PIN on it will become mainstream in the United States. But it’s not there yet.

Kidder: It will get here eventually. Mobile payments will become very important. They have everything going for them right now except the compelling reason to use it.
Tech Topics: The 30-year-olds or younger, don’t they want this?

Schaus: That’s extremely right.
Tech Topics: But the infrastructure is not there yet.

Scheuerman: Right now you’re looking at a very small number of smartphones that contain NFC chips. Most people’s contracts with their provider is a two-year contract. Every two years they are changing their phones. So in the next two to three years probably half the phones in the United States will have NFC chips in them. Then you’ll have half the infrastructure in place. The other half is at the merchant side, the retailer side where they will accept the NFC communication. Once that begins to happen you’re going to see payments begin to take off on smartphones very, very quickly.

Schaus: It’s just a question of when. But it will take off.