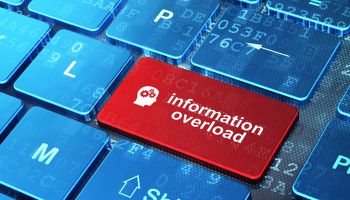 Digitalization, the third era of enterprise IT, is beginning, but most CIOs do not feel prepared for this next era, according to a global survey of CIOs by Gartner, Inc.'s Executive Programs.

The survey showed that many CIOs feel overwhelmed by the prospect of building digital leadership while renovating the core of IT infrastructure and capability for the digital future. The survey found that 51% of CIOs are concerned that the digital torrent is coming faster than they can cope and 42% don't feel that they have the talent needed to face this future.

"2014 must be a year of significant change if CIOs are to help their businesses and public sector agencies remain relevant in an increasingly digital world," says Dave Aron, vice president and Gartner Fellow.

The worldwide survey was conducted in the fourth quarter of 2013 and included 2,339 CIOs, representing more than $300 billion in CIO IT budgets in 77 countries. The Gartner Executive Programs report "Taming the Digital Dragon: The 2014 CIO Agenda," represents a comprehensive examination of business priorities and CIO strategies.

During the first era of enterprise IT, the focus was on how IT could help do new and seemingly magical things—automating operations to create massive improvements in speed and scale, and providing business leaders with management information they never had before.

The last decade has represented the second era of enterprise IT, an era of industrialization of enterprise IT, making it more reliable, predictable, open, and transparent. However, while this second era has been necessary and powerful, tight budgets and little appetite for risk left scant room for innovation.

Entering the third era of enterprise IT technological and societal trends, such as the Nexus of Forces and the Internet of Things, are changing everything; not only improving what businesses do with technology to make themselves faster, cheaper, and more scalable, but fundamentally changing businesses with information and technology, changing the basis of competition and in some cases, creating new industries.

"2014 will be a year of dual goals: responding to ongoing needs for efficiency and growth, but also shifting to exploit a fundamentally different digital paradigm. Ignoring either of these is not an option," says Aron.

"The behaviors mastered in the second era of enterprise IT, like treating colleagues as customers, are potential hindrances to exploiting digitalization," says Graham Waller, vice president and executive partner for Gartner Executive Programs. "In 2014, CIOs must face the challenge of bridging the second and third eras. They have to build digital leadership and bimodal capability, while renovating the core of IT infrastructure and capability for the digital future."

"CIOs are facing all the challenges they have for many years, plus a flood of digital opportunities and threats. Digitalization raises questions about strategy, leadership, structure, talent, financing, and almost everything else," says. Aron. "All industries in all geographies are undergoing digital disruption. This is both a CIO's dream come true and a career-changing leadership challenge."

Most businesses have established IT leadership, strategy, and governance but have a vacuum in digital leadership. To exploit new digital opportunities and ensure that the core of IT services is ready, there must be clear digital leadership, strategy, and governance, and all business executives must become digitally savvy. Indeed, the 2014 CIO Survey shows that the CEO's digital savvy is one of the best indicators of IT and business performance.

"IT spending, portfolio balance, and the choice of technologies, talent, sourcing options, leadership, structure, and governance must all be designed to make the business win. However, despite the need to grow, there is pressure on IT budgets," says Aron. "The survey showed CIOs expect their IT budgets to remain essentially flat (increasing 0.2% on average) in 2014. This is especially challenging since there is a need to both renovate the core of IT systems and services, and exploit new technology options."

CIOs report that a quarter of IT spending will happen outside the IT budget in 2014—and that is the spending they know about; the reality may be significantly higher. This is a direct result of the new digital opportunities that are more entwined with customer and colleague experiences, and that may, in some cases, reflect concerns that the IT organization is not fast enough or otherwise ready for more digital opportunities.

"There is an inherent tension between doing IT right and doing IT fast, doing IT safely and doing IT innovatively, working the plan and adapting," says Waller. "The second era of enterprise IT has been all about planning IT right, doing IT right, being predictable, and creating value while maximizing control and minimizing risk. However, to capture digital opportunities created by the third era, CIOs need to deal with speed, innovation, and uncertainty. This requires bimodal capability—operating two modes of enterprise IT—conventional, or "safe and steady" IT, and a faster, more agile nonlinear mode."

In order to deliver on this bimodal future, CIOs are planning for significant change in 2014 and beyond:

• A quarter have already made significant investments in public cloud, and the majority expect more than half of their company's business to be running over public cloud by 2020.

• 70% of CIOs plan to change their technology and sourcing relationships over the next two to three years, and many are seeking to partner with small companies and startups.

• 45% of companies have implemented agile methodologies for part of their development portfolio, although most need to go further to create separate, multidisciplinary teams, with lightweight governance and new, digital skillsets and alternative sourcing models.

"If this transition succeeds and CIOs and their businesses 'tame the digital dragon,' massive new value for businesses can be created, and with it, a renewed role and greater credibility for the CIO and the IT organization," says Aron. "However, if the dragon isn't tamed, businesses might fail and the relevance of the IT organization will almost certainly disappear."