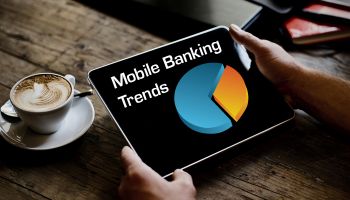 More than 1.75 billion mobile phone users will have used their devices for banking purposes by the end of 2019, compared to 800 million this year, says Juniper Research.

The firm’s report notes that mobile banking technology is currently available in most regions of the world, driven by exceptional consumer demand, especially in the developed regions. Providers such as the Bank of America have already announced, back in 2013, that more of their customers are logging in to mobile services, rather than through the bank’s online system.

Additionally the new report notes that emerging countries such as China, India, and Bangladesh also witnessed significant growth in the past 12 months.

“The level of maturity in number and innovation of services being offered in the market across several geographical areas, demonstrates that banks now regard the mobile channel as an indispensable revenue-stream,” says report author Nitin Bhas. “However, with the mobile channel becoming a key customer retention strategy, it presents a great challenge to traditional institutions.”

The scale of this challenge has been confirmed by the decreasing number of branch visits by consumers and also the closure of physical bank branches over the past 12-24 months. For example, in April 2014, RBS UK announced the shuttering of 44 branches across the United Kingdom.

The report—Mobile & Online Banking: Developed & Developing Market Strategies 2014-2019—also notes that nearly 100% of the banks analyzed had some sort of mobile (SMS, browser, and app-based) and online banking offering, with almost every bank having apps available for at least one smartphone operating system. Banking apps are ranked highly among the most downloaded financial apps in different app stores, with banks reporting high numbers of average logins per month per user.