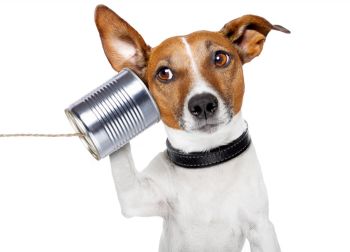 Voice biometrics can increase customer satisfaction, lower call-handling times, and reduce fraud. It’s about who you are, not what you know.

You have a question about your bank account, and you’ve tried and failed at all the self-service options to get an answer. So you dial up your bank’s call center, and what happens? For 30 to 60 seconds, you have to stop and punch in an identification number, type in a password, or try to remember the make of your first car.

Of course, it’s important for your bank to make sure you are who you say you are. It’s also important for you to have the assurance that your bank isn’t giving out your personal information to just anyone. But as it stands, authentication is a pain.

Now, suppose you call the contact center, and right away, you say, “I have a question” about XYZ. Within five to ten seconds, a notification pops up on the call center representative’s computer screen saying, “The caller is John Smith.” That is much more digestible for the customer and reliable enough to meet bank security standards. And it’s happening already with voice biometrics.

In June, Eastern Bank, a large mutual headquartered in Boston, announced that it deployed voice biometrics technology from Nuance in its call center.

“We heard from our customers via various feedback programs that identification was a pain point, and we wanted to improve on that,” says Heather Allen, senior vice-president and director of Eastern’s corporate call center. “Increased security is obviously a huge plus, but our main goal was really to increase customer satisfaction within the call center channel.”

Nuance’s Brett Beranek, director of product strategy for voice biometrics, gives three reasons to deploy the technology. “The number one argument for voice biometrics is to make the authentication process easy and highly accessible for the customer,” he says. Number two is security. As web and mobile channels become more secure, fraud gets displaced to the contact center, says Beranek, and it becomes fairly straightforward for fraudsters to social engineer contact center agents. “The third argument,” he says, “is the operational savings it can provide.”

So far, not many U.S. banks have adopted voice biometric authentication, but not for want of potential providers. Verint is another company offering such solutions.

“Consumers want a frictionless authentication experience,” says Steve Williams, the company’s vice-president and global practice leader for identity analytics. “It takes 45 seconds to get through security questions, on average. The majority of consumers find it annoying. If we authenticate with voice biometrics, we are authenticating that caller in a fraction of that time.”

Saving those seconds leads to operational savings, and can be an important part of building a case for switching authentication systems. As Eastern’s Allen says, “From a business case perspective, we feel we will see long-term benefits in areas such as increased customer satisfaction, lower call-handling times, and a higher level of security that will ultimately lessen account takeover fraud.”

Wells Fargo is one of the few banks that has invested in voice biometric research through a pilot program measuring its effectiveness in combination with facial recognition biometrics. “We put these components together and rendered this as a little proof of concept for our corporate banking customers last year,” says Bipin Sahni, head of research and development and innovation in Wells Fargo’s Innovation Group. “The whole idea was to get new technology in front of our customers, and also to understand the feedback from them to see where things could be improved further.

“It’s got to be as simple as me taking up my phone and saying that I want to wire or send some payments to you. It’s not there yet,” Sahni says. Still, he’s optimistic. “Two or three years from now, you’ll see a lot happening in this space, when it’s broadly accepted and adopted.”

While voice biometrics has a lot of potential positives, it’s clear the technology has challenges to overcome. These include disrupting environmental factors, such as noisy backgrounds or users’ voices altered because of illness, says Frank Natoli, executive vice-president for self-service technology and chief innovation officer for Diebold, which offers voice biometric authentication solutions.

Another challenge: having the user say things out loud, which could be off-putting if he is in a public area. “In the natural flow of a transaction,” says Natoli, “what things would you naturally be saying? You don’t want to say a code word out loud. You may be uncomfortable stating your name out loud. Certainly, if you say you want to withdraw $1,000, that’s not something you want everybody around you hearing.”

This makes its use in a call center more suitable, rather than an ATM—although Natoli doesn’t rule that out, particularly if the machine is in a vestibule.

Active voice biometrics, Nuance’s Beranek explains, requires the individual to speak a specific phrase or list of numbers, which the system compares with a similar voice print kept on file. Authentication can be completed within two seconds, he says. Passive voice biometrics just compares the natural conversation to a voice sample kept on file. It can take up to ten seconds to complete.

“The key benefit of using the active technology is that you can authenticate into a system very, very quickly. It’s very well suited for calling into an IVR [interactive voice response] system,” says Beranek. “Again, though, the drawback is the need to say something in particular. With the passive technology, the key benefit is you don’t need to say anything in particular, but it takes a little bit more time. . . . Its use case is really uniquely tailored to the contact center application.”

Voice biometrics offers other advantages over biometric technology like  fingerprints, iris scans, or palm vein scans, says Diebold’s Natoli. With those, he points out, the customer has to position himself in a certain way before a camera, or touch something, raising hygiene issues. “It is something the public thinks about,” he says.

The Federal Financial Institutions Examination Council has long maintained: “Where risk assessments indicate that the use of single-factor authentication is inadequate, financial institutions should implement multifactor authentication, layered security, or other controls reasonably calculated to mitigate those risks.” That’s a key reason behind Wells Fargo’s efforts to meld both voice and facial recognition technology into its ultimate authentication system.

Verint offers a variant on multifactor authentication by including proprietary technology that not only identifies the caller’s voice, but simultaneously analyzes and compares the metadata transmitted along with the call, according to Williams.

“There is nothing inherent in voice biometrics that would not make it align with a multifactor strategy,” maintains Nuance’s Beranek.

What it will probably come down to is this: Just how accurate is voice biometric authentication? There isn’t a lot of empirical evidence yet, due to the newness of its deployment in the United States. Various banks overseas have employed it, notably Barclays in the United Kingdom, which introduced the technology last year for its wealth contact centers. In an article written for Nuance, Beranek says that Barclays claims that 93% of its customers gave voice biometrics a nine-out-of-ten approval rating, and that call times were reduced 15%.

Eastern Bank probably has as much live experience as any in the U.S.

“We are very satisfied with the reliability we have experienced to date,” says Allen, noting that the bank uses the passive voice biometrics approach. “We measured reliability for ourselves, not relying on industry data or vendor feedback. The majority of our deployment activities involved testing thousands of scenarios to assure accuracy and overall comfort level with the solution. We feel voice biometrics is absolutely superior to any set of questions or personal information that can end up in the wrong hands. Biometrics as a whole is who you are, not what you know.” Customer reaction has been very positive, she adds.

As experience mounts in the real world, it’s possible that customers may come to prefer biometric technology.

“It’s this whole notion of treating you, the customer, like we know who you are from the company’s perspective. That’s been a huge plus,” says Williams.