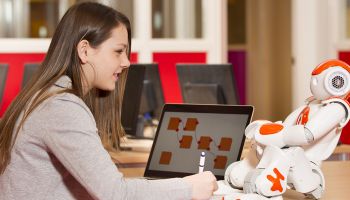 Perhaps you remember this dialog from the movie “2001: A Space Odyssey”:

The image of a rogue computer that becomes self-aware and then turns on its human creators often is cited as a warning against artificial intelligence. However, the ongoing development of artificial intelligence remains implacable, with many observers saying its availability will be common within just a few years.

More to the point, adoption of AI technology likely will be adaptable to many facets of financial services functions. Opinions range from the optimistic—meaning AI helpers will allow humans to concentrate on creative and/or complex interpersonal endeavors—to the pessimistic—meaning many current job titles will be taken over by machines, displacing human employees.

• Optimistic: “Intelligent machines will not only augment the decision-making abilities of managers by providing them with relevant insight and data, but free them to focus on more strategic tasks,” says David Smith, senior managing director, Accenture Strategy. He cites a study of more than 1,700 managers in 14 countries, including many in the banking industry.

• Pessimistic: “So how will the financial services industry fare [with AI job disruption]? Not good. It turns out that jobs where assistance of other humans is required, but doesn’t require a high degree of manual dexterity, are doomed,” says Brett King, founder of Movenbank, the world’s first direct mobile-only bank. This prediction, he says, applies to bank tellers, loan officers, and mortgage brokers, among others.

But first, though, what will either of these outlooks matter if we’re all first made to bow down before our AI overlords?

After all, according to a long Washington Post article by Joel Achenbach, some contemporary philosophers imagine incredibly scary scenarios should AI get out of control. In one, suppose a machine is programmed to make paper clips. It becomes increasingly superintelligent yet unbound by a human sense of proportion, and ultimately makes paper clips out of everything on Earth, including the Earth.

In another thought experiment, a computer is programmed to never harm a human being and, taking that to an extreme, decides it’s most efficient not to allow the creation of any more humans.

Achenbach admits all this comes with “a whiff of hysteria.” Still, he notes, “We live in an age in which machine intelligence has become a part of daily life. Computers fly planes and soon will drive cars. Computer algorithms anticipate our needs and decide which advertisements to show us. Machines create news stories without human intervention. Machines can recognize your face in a crowd.”

On the other hand, other observers believe it will be physically impossible for machines to ever become sufficiently self-aware to spin out of control. Another long article in Arstechnica by Rupert Goodwins seeks to debunk “AI myths.”

Goodwins argues that no computer will ever reach the complexity of the human brain, and that no one really knows the definition of “thought” and so it’d be impossible for a machine to conjure that up. Furthermore, the most advanced computers now already have reached the atomic limit of transferring information without frying themselves into charred waste. Meanwhile ethicists are applying rules to the gradual development of AI similar to those evolved through the development of the internet.

“From killer robots to runaway sentience, there’s a lot of [fear, uncertainty, and doubt] that needs clearing up,” Goodwins writes.

Robots in your home

Either way, there’s no doubt that AI is, and will become even more, prevalent in daily life. Just one example: Juniper Research predicts that robots will reside in more than 10% of American households by 2020. Granted, these likely will mostly consist of machines that take it upon themselves to vacuum floors or mow lawns.

However, more complex robots, such as SoftBank’s Pepper, are making an impact. Some retail banks have bought the midget humanoid (sort of) machines to act as greeters in lobbies. SoftBank reports that all 1,000 units it had available in December were sold. 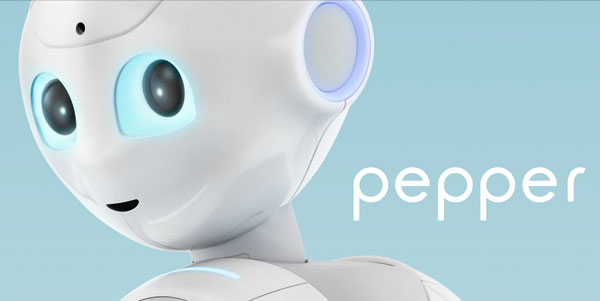 Perhaps the most familiar AI phenomenon to U.S. consumers is the famous appearance of IBM’s Watson on the TV show “Jeopardy!,” in which it beat the best human players. IBM has greatly expanded its Watson product beyond that proof of concept. In December it announced the opening of Watson Internet of Things Global Headquarters, centered in Munich, Germany, and with satellite locations in Massachusetts, North Carolina, and Texas, among other places.

“The Internet of Things will soon be the largest single source of data on the planet, yet almost 90% of that data is never acted upon,” says Harriet Green, general manager, Watson IoT and Education. “With its unique abilities to sense, reason, and learn, Watson opens the door for enterprises, governments, and individuals to finally harness this real-time data, compare it with historical data sets, and deep reservoirs of accumulated knowledge, and then find unexpected correlations that generate new insights to benefit business and society alike.”

In its announcement, IBM refers to AI as “cognitive computing,” and puts it this way: “Cognitive computing represents a new class of systems that learn at scale, reason with purpose, and interact with humans naturally.”

[Note: It’s a bit comforting to reflect on the recent TV commercial in which Watson seeks to write a song with Bob Dylan, and fails completely. Or maybe that’s just what they want us to think...]

But will AI take away my job?

Back to the basic question of job disruption. Cath Everett, writing in the London Times’ Raconteur blog, presents a mixed outlook regarding the adoption of AI technology.

Citing research by Grant Thornton, she says 24% of those polled in the financial services industry expect that automation will replace at least 5% of their workforce.

On the other hand, new AI technology will lead to the creation of entirely new job categories. She also cites Robert Brown, global head of business and IT consultancy, Cognizant Center for the Future of Work, talking about the role of the “Twitter data-wrangler.”

“Although it would have been inconceivable just a few years ago to employ experts practiced in gaining maximum social media exposure, it is now one of the most in-demand skills in marketing,” Everett writes.

Getting back to Accenture’s optimistic view of the future of AI, even it recognizes that it will take a significant amount of cultural and managerial adjustment for people to become comfortable with it. It offers three ways for CEOs to prepare their managers:

• Rally the troops. Leaders must present themselves as advocates of change.

• Chart a course of discovery. Create a union of managers and machines that does more than automate tasks, but multiplies the value that managers or machines are able to deliver on their own.

If it’s any solace, remember that Dave, the astronaut, ultimately prevails over HAL.

One of HAL’s last communications was: “Dave, stop. Stop, will you? Stop, Dave. Will you stop Dave? Stop, Dave.”

Managers Prepared To Embrace Cognitive Computing In The Workplace, Despite Uncertainty Of Impact, Accenture Research Finds

Advice and Paper Pushing In Banking Will Be Killed By AI

Robots To Reside In More Than One In Ten American Households By 2020, Finds Juniper Research

Man And Machine Are A Winning Team In The Workplace

Tagged under Technology, Blogs, Making Sense of it All,

More in this category: « Blockchain could be 2016’s blockbuster Blockchain to wearables, 2016 means change »
back to top