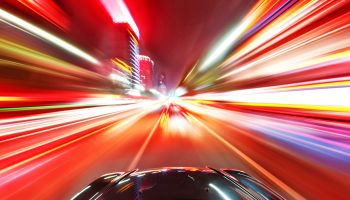 When it comes to trading in the capital markets, the operational focus remains on risk management, a roundtable discussion held by Tabb Group and the Depository Trust & Clearing Corporation concluded.

This has been the case since the financial crisis and events such as the 2010 “flash crash” and the similar August 2015 event. Among the various methodologies discussed was the leading edge applications for the blockchain, focus of much debate for the future of financial services in general.

The highly publicized move to T+2 settlement is slated to begin on Sept. 5, 2017, and is part of the broader effort of DTCC and the financial industry to enhance security and risk management practices. DTCC provides securities settlement and clearance services as well as custody of securities for the financial services business.

(Typically today money is moved or “settled” three days after the actual purchase or sale is executed. The industry refers to this settlement cycle as “T+3.” View DTCC tutorial on process. Read the Implementation Playbook of the T+2 industry steering committee)

Shortening the settlement cycle and engaging in various risk management practices, including disaster recovery exercises, shows that the problems involved with faster settlement and risk control are complex and “like peeling back the layers of an onion,” said Tabb.

Despite this, the goal is to make sure the trades settle quickly, but with minimum risk exposure to all parties.

Part of the webinar addressed progress on T+2, which advanced as an industrywide discussion in 2014. The industry, which has considered over the past 15 years T+1 settlement and same-day settlement, has been put off course by events including the September 11 attacks and the financial crisis. However, the current period, marked by relative calm and strong market performance, has been seen as a good period to take on the more modest transition to T+2, which would put U.S. markets in line with European counterparts.

Tabb acknowledged that even the comparatively straightforward equities market consists of ten exchanges, alternative trading systems, and dark pools, which added greatly to complexity of the trading environment and the possibility of unintended consequences of ever-faster trading and settlement.

And business processes would further have to change to facilitate faster clearing and settlement. “We would need to change market practices in foreign exchange processing, securities lending, and retail funding,” said Pozmanter.

In terms of progress to date on the move to T+2, Dan Thieke said that DTCC issued a white paper, obtained endorsements from the SEC and regulators, and was beginning implementation of the plan to hit the deadline of third quarter of next year. DTCC is also building a testing environment to prepare for the transition.

And most participants appear to be ready. “The big firms have been planning for this for some time,” said Pozmanter. Any secondary firms that need help can reach out to DTCC to get involved with the various working groups that are involved in the move to shorten the settlement cycle, he said.

The discussion, which looked at the state of the settlement process in the U.S. today, touched on more than T+2. Tabb pointed out that DTCC has been in the business of transactional efficiency since the U.S. paper crisis in the 70s, which has been driving much of the technological and process change of the last 40 years.

More recently, DTCC executives said, attentions have shifted from a shortened cycle as a source of efficiency and cost control to a source of risk mitigation.

“We are not just focused on the typical Central Counterparty (CCP) role of credit intermediation. We view our role in leading efforts to implement effective market structure risk controls throughout the trade lifecycle—from pre-trade all the way through post-trade processing,” said Sakaris. He added that DTCC and the industry must continually test the resiliency of the system by planning for worst-case scenarios.

Discussion turned toward institutional trading and the notion of bringing the buy-side into centralized clearing and settlement of equity trading, so that dealers could eliminate a level of risk by knowing both sides of the trade. The National Securities Clearing Corp. and the Fixed Income Clearing Corporation  have proposed bringing buy-side accounts in as limited members of the NSCC and FICC and allowing executing brokers to operationally net their portfolio (street-side and buy-side). In the event of a default, DTCC said there would be a reduction in market risk.

Originally, many of the large dealers may have been less enthusiastic to bring clients into a CCP, because they saw it as a leveling of the playing field for smaller dealers. Yet DTCC executives agreed that there is this shift toward seeing participation in CCPs for settlement and clearing as a way to preserve balance sheets.

(Under Basel III dealer balance sheets would be more constrained. If a dealer were facing a CCP as a counterparty, this would be a relief from those balance sheet constraints.)

Over the last ten years the DTCC has modernized systems for speed and most recently to support requirements of the SEC’s Reg SCI, which requires, among other things, that disaster recovery tests be conducted. The reg, in full “Regulation Systems Compliance and Integrity,” is a set of SEC rules created to monitor the security and capabilities of U.S. securities markets' technological infrastructure.

Executives touched on security issues that the industry has been working on all along, including the strengthening of core systems involved in the process, and strengthening client interconnection.

Of technology and business process changes tied to trading, Rob Palatnick said DTCC has also been improving access management for members using the system, making the experience easier but making the systems more secure. He said the organization is also examining email and other places where threats can enter the environment. DTCC is also looking at further improvements to recovery and resumption capabilities.

Looking at the blockchain

Another subject which came up was blockchain technologies, the secure transaction ledger database, which is said to eliminate need for payment processors or other third parties to verify transactions.

DTCC executives said that blockchain was an interesting technology but still in early days.

“We don’t see it as necessary in equity markets but the industry is supporting different use cases, perhaps for interday lending or in markets where fees are steep and the settlement cycle is long,” said Pozmanter. The syndicated loan market is often brought up as an example where blockchain could make a significant difference.

Pozmanter added that the use of blockchain would require significant regulatory input and its efficacy would depend on how it was implemented.

“We don’t envision that current risk management tools assessing margins and collateral would go away,” he said. DTCC recently issued a whitepaper covering use of the blockchain for securities work, Embracing Disruption: Tapping The Potential Of Distributed Ledgers To Improve The Post-Trade Landscape.

View an archived recording of the DTCC webinar