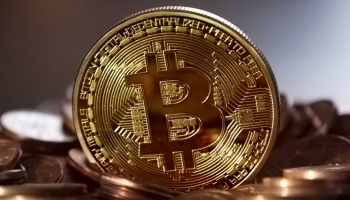 US banks and savings associations can accept payments and transactions in digital currencies, the Office of the Comptroller of the Currency (OCC) has confirmed.

In a letter dated January 4, the OCC said banks were permitted to participate in transactions using “independent node verification networks” such as blockchain, as well as use “stablecoins” to conduct payment activities and other functions.

The clarification paves the way for the increased mainstream use of digital currencies such as bitcoin. It follows a separate letter from the OCC in July 2020 stating that banks and savings associations could act as custodians for digital currencies.

Acting comptroller of the currency Brian Brooks said: “While governments in other countries have built real-time payments systems, the United States has relied on our innovation sector to deliver real-time payments technologies. Some of those technologies are built and managed by bank consortia and some are based on independent node verification networks such as blockchains.

“The President’s Working Group on Financial Markets recently articulated a strong framework for ushering in an era of stablecoin-based financial infrastructure, identifying important risks while allowing those risks to be managed in a technology-agnostic way.

“Our letter removes any legal uncertainty about the authority of banks to connect to blockchains as validator nodes and thereby transact stablecoin payments on behalf of customers who are increasingly demanding the speed, efficiency, interoperability, and low cost associated with these products.”

On December 23, the President’s Working Group on Financial Markets released a statement supporting the development of digital currencies and blockchain-based payment systems. The group said such systems “have the potential to enhance efficiency, increase competition, lower costs, and foster broader financial inclusion”.

The working group also emphasized the need for these new technologies to be developed in a responsible way that manages risks and protects consumers.

The OCC’s letter this week echoed these sentiments, stating that blockchain and cryptocurrencies could “enhance the efficiency, effectiveness, and stability of payments activities and achieve the benefits of real-time payments already enjoyed in other countries”. It also underscored the need for effective and appropriate risk management.

Bitcoin has surged in price in recent months, passing $35,000 this month.