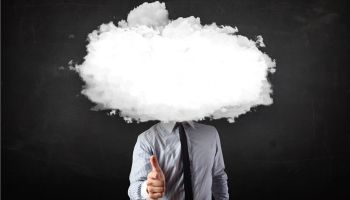 Many financial firms are slowly putting more stock in the cloud, according to a Cloud Security Alliance survey that targeted executives from banking, insurance, and investment firms around the world.

What cloud for you?

Cloud computing grows more prevalent throughout the financial sector, the survey found. However, many respondents indicated having less than 50% of a solidified, concerted cloud strategy. Their chief concern lies in controls and security.

The Alliance reported that 61% of respondents stated that a cloud strategy was in the formative stages within their organization. Most commonly, they reported using a mix of in-house IT, private, and public clouds. The survey found that 18% of those companies still working towards a cloud development plan intend to use only the private cloud. About a third of the total survey sample consisted of banks and credit unions.

None of the respondents have plans to be hosted mostly in a public cloud.

The results of the survey also showed that the larger the electronic channel transaction base among a firm's customers, the less strict the cloud policy with only 3% of these types of organizations indicating having a strict cloud policy in place.

"The responses overall showed a very active market for cloud services in the financial services sector," says Chenxi Wang, vice-president, Cloud Security and Strategy, CipherCloud, survey sponsor. "Cloud has made solid inroads in this industry. There's plenty of room for growth, particularly for providers who can fill the void for the auditing and data protection controls."

Financial services firms are also eager to see increased transparency and better auditing controls (80%) from their cloud providers, even more so than better data encryption (57%).

Why move to the cloud?

In understanding why companies are moving to the cloud, respondents indicated that flexible infrastructure capacity was at top of their list (68%), followed closely by the need for reduced time for provisioning (63%).

The top services and features being adopted when moving to the cloud include customer relationship management (46%), application development (45%), and email (41%), rather than backend services (20%) or virtual desks (14%).

In looking at compliance regulation requirements when moving to the cloud, at the top of the list was data protection (75%), corporate governance (68%), PCI-DSS (54%), and national regulations (47%).

The report includes responses from more than 100 professionals varying in company size and industries from the Americas, Europe, Middle East, Africa, and Asia/Pacific regions.