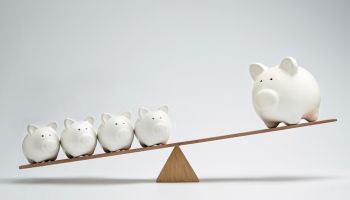 Analyzing performance in 2014, the 125 global companies that comprise the FinTech Rankings index brought in almost $172 billion in revenues—essentially flat compared to 2013. Meanwhile, IDC estimates that total addressable spending in financial services—that is, spending on hardware, software, and services—actually rose by 3.9% from 2013 to 2014.

IDC's analysis shows that a gap has emerged in the growth of spending versus the revenues experienced by the top IT vendors worldwide as measured in the FinTech Rankings.

In addition, the analysis indicates that revenues at the larger firms that appear on the FinTech Enterprise Top 25 index are actually in decline, again, despite the continued growth in spending by the institutions. Meanwhile the revenue growth experienced by the vendors tracked in the FinTech Top 100, with a greater focus on financial institutions, actually grew more than overall spending in the market.

Additional key highlights from the report include:

• Migration to software. There is a movement away from dependence on hardware and a definite focus on software solutions—a trend that is in line with the virtualization and convergence initiatives seen at many top tier institutions worldwide.

• Strong core group. The strength of the companies on the FinTech Rankings Top 100, particularly the largest of the independent software vendors (ISVs), demonstrates a stability in that market. This is also an indicator that more and more institutions are relying on the expertise and technology solutions from large ISVs that are specifically focused on financial services, and possibly starting to move away from the mega-generalist firms that serve multiple industries.

• Beyond the usual suspects. Increasing revenues from smaller IT vendors points to an industry more willing to look for innovation from outside of the typical technology partners.

• Smaller fish look plumper. Given the increase in revenues seen by smaller IT vendors in 2014, it's also a safe bet that the acquisition market will be strong in 2016.

"The 2015 FinTech Rankings demonstrate that this is a dynamic market, even among the technology giants that dominate the rankings from year to year," says Jerry Silva, global banking research director for IDC Financial Insights. “The 2014 revenue for IT vendors is a story of small and large with the largest technology companies in the world experiencing revenue declines, while the smaller vendors gained significant market share.”