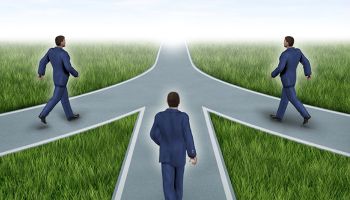 Banks came together at an Orlando user conference to hear about the directions Finastra management plans to take the new company.

In bank M&A terms, Finastra would not be considered a merger of equals.

With bank MOEs, cost reductions and greater efficiencies are the main drivers. Finastra—the name for the newly combined D+H Corp. and Misys—was a growth play.

Virtually the entire Finastra management team was on hand at the company’s first user conference—Perspectives 2017—held in Orlando the week before Hurricane Irma rolled up the Florida peninsula. The event brought together representatives of several hundred banks and credit unions from North America, most of them clients of D+H Corp.

As Nadeem Syed, Finastra’s CEO said in his opening remarks, having the new company’s first user conference be in the U.S. was apt, considering that roughly 4,000 of Finastra’s 5,000 clients are community and mid-sized banks and credit unions from America.

What’s in it for us?

Several of those clients said they were there in part to take the measure of the new company and to see how their institutions and the application software or core systems they used would be impacted by the merger.

As has been often noted in Banking Exchange articles, banks don’t tend to change technology providers easily—not only core systems, but with mortgage systems, online banking systems, and more.

Having already been through the 2013 acquisition of Harland Financial Solutions by Canada-based D+H, bankers were keen on hearing from the now-much-larger company’s management team.

Words from a familiar face

The first executive to speak was Bill Neville, president North America, a bank technology veteran who knows many D+H bank customers by name. He spoke of the company’s strong commitment to the U.S. community bank and credit union market and to continuing to support the various product lines used here, among them Laser Pro, MortgageBot, Cavion, PhoenixEFE, and Ultradata (the last two being core systems).

He also said that the additional scale and scope of the new company would bring significant benefits to all Finastra customers.

“We will serve all of our customers, regardless of size and geographic location,” said Neville. “We have an unwavering commitment to the community bank and credit union markets. They are integral to our strategy.”

Misys also has customers in the U.S., but overall it serves large financial institutions in Europe, the Middle East, and Asia as a software and core system provider. Neville pointed out that Finastra, with $2.1 billion in annual revenues, is the third-largest financial services technology company, putting it ahead of Jack Henry & Associates, and behind FIS and Fiserv.

Syed explained each point in his remarks at the opening general session.

• Regarding “Protect,” Syed said in regard to the mission-critical products both companies offer, “We have your back. We will continue to support enhancements in every one of our platforms to protect your investment.” For example, early next year Finastra will roll out new digital branch capabilities for Phoenix and Ultradata core system users.

• By “Extend,” the company means “ensure that the whole is greater than the sum of the parts,” said Syed. Finastra “will layer new capabilities on top of your existing systems,” and will open up solutions to APIs (application program interfaces).

“Every piece fits like a Lego block,” Syed continued. “New solutions coexist with existing solutions and can be implemented very quickly.” He noted that this approach has been used on the Misys side and will now be extended across all systems in the coming months and years.

• “Innovate” is “anticipating tomorrow’s needs,” said the Finastra CEO. He touched on three areas of focus: digital transformation, the ongoing movement to cloud computing, and the open platform trend.

“The world is going from products to solutions to, now, platforms,” said Syed.

The company’s recently announced open platform called Fusionfabric is its latest move into platform-as-a-service. This platform “opens our solutions to third parties, universities, fintechs, or you, our customers, to build on,” said Syed. He likened it to the pioneering Salesforce.com platform and said Finastra was well positioned to do this “because we are an end-to-end provider.”

Another point of emphasis that Finastra execs hit on numerous times during the two-day event is that the capabilities of the two companies complement each other. The resulting lineup of solutions spans a broader range of functions than either company had previously—it now includes retail banking, lending, transaction banking, treasury, and capital markets.

Operationally there will also be a change. D+H was organized on a line-of-business model, Misys on a functional model. The new company will adopt the Misys functional organizational model, according to Bill Neville.

Another distinction relates to cloud computing where Syed and others noted that D+H was well advanced. D+H also had an edge in mortgage solutions.

On the other hand, Misys was much farther ahead in terms of adopting and embracing open systems. The fusionfabric announcement plays off that. As Neville said, “The future is collaborative. The future is open.”