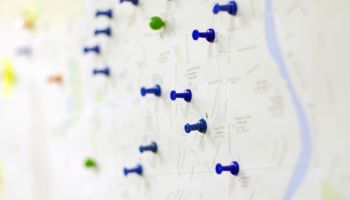 Two years ago, Inland Bank and Trust’s mortgage company began opening loan production offices in other states. The Chicago-area bank began with LPOs in the Midwest, including Iowa, Kansas, and Wisconsin, and then began in the Northeast. Today Inland Home Mortgage maintains 13 locations in eight states, beyond the $1 billion-assets parent bank’s footprint in Illinois of 12 banking offices in four counties.

Inland Mortgage looks for experienced mortgage originators in each market it chooses to enter, according to Frank Binetti, president of the mortgage company and a 27-year veteran of mortgage finance himself. Instead of hiring “newbies,” the bank prefers to find lenders with extensive contacts among the real estate broker community who can maintain volume through their networks. The mortgage company does no consumer advertising, relying on referral business from brokers and other contacts the originators develop.

The bank saw expansion as a way to spread a good business model over greater territory. Binetti says key hiring criteria include trustworthiness and sales ability. Headquarters pretty much delegates operation of the LPO to the originator, with most support functions being centralized. So being able to sell outweighs technical processing expertise. The company generally sells its production into the secondary market.

Experience and thoroughness count for so much in hiring, says Binetti, because in these days of investors and agencies kicking loans back to originators, Inland wants mortgages “to stay sold.”

Of late, about 80% of the mortgage company’s volume has been purchase business, consistent with the falloff in refi activity throughout the industry. While most of the production thus far has consisted of QM loans, Inland Mortgage tries to accommodate any type of home financing needs.

Originators are paid in basis points according to the volume of loans made. Three tiers of potential compensation are determined by each originator’s monthly origination volume.

In March and April, Binetti says, the company saw its two biggest production months yet, in part reflecting the expanding geographic presence.

This doesn’t exempt Inland Mortgage from factors such as a rough winter in much of the country’s upper tier, and a recent slowdown in originations overall. Binetti says these factors will likely pull down 2014 volume somewhat. The company is on track to produce originations in the range of $350 million, versus $380 million closed in 2013.