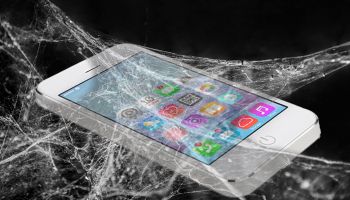 I remember a colleague in Miami who had previously worked at Citibank’s corporate headquarters in New York. When my friend was there in the 1970s, Citi’s CEO was the legendary Walter Wriston.

If anyone suggested that a particular customer should be called on or visited for any valid business reason, Wriston would head for his office to pick up his hat and a copy of the bank’s annual report. He was then out the door and heading for the customer’s place of business.

Customer calling was reflexive with him and with that generation of Citibankers. And it made them collectively a great bank in those days. They could do, and did, what any other bank could do, but they did it in person and with a flourish.

Which brings me back to last week’s blog-diagnosis: Customer Attention Deficit Syndrome (CADS).

CADS, as we are using the term, suggests that many bankers are inconsistent and inefficient in the way we interact with our customers. While we may pay attention to some of them as we ought, others are deliberately or accidentally ignored or under appreciated.

There is a belief perpetuated among many community bank managements that the bank’s customers “like us.” We assume a level of goodwill from our customers.

If it is there, terrific. But if it’s not, and we’re not paying attention, imagine what we’re missing.

Many customer relationships suffer from a level of inertia and that’s true on both sides.

With nothing to disturb us one way or the other, we just go along with the current situation. For a customer to make a change the process has become a major nuisance and inconvenience. Many and perhaps most of them just go along rather than face an almost certain period of disruption.

As bankers, we are not always pleased with customer behaviors. In New Mexico, I marveled when I came to the state how similar it seemed to be like New York, where I started out in business. New Yorkers are notoriously in your face and sure enough, I quickly concluded that New Mexican banking customers are too. This was an observation and conclusion I reached from years of customer contact work in Florida, Oklahoma, and Texas in the years between leaving New York and arriving in Albuquerque.

We often just go along with customer behaviors. It’s easier to waive a fee, for example, than to take a principled stand on the imposition of a fee that is fully justified.

After all, Dale Carnegie training teaches that the easiest way to win an argument is not to get into one in the first place. So we often don’t initiate routines or practices leading to possibly fundamental and improved changes in the customer service equation.

I used to remind my colleagues that we are not utilities. We don’t have to accept anyone’s business nor are we obligated to tolerate unprofitable relationships. Lousy customer service catches up with everyone sooner or later so it’s not the level of service that’s tendered so much as the attitude that motivates the specific behaviors that are important to understand.

I’ve lots of humorous stories on the subject and some real horror stories too. Human nature is the same worldwide, but the cultures that shape and condition behaviors do have significant regional variances.

I’ve never spent a lot of time trying to figure out what these differences are at their core or what the environmental modifiers are that result in such observable differences. So this isn’t a root cause analysis so much as it a recognition that these things exist and they can be managed to a more satisfactory and holistic result for everyone.

Most of my working years have been spent in a lending or executive management context. I’ve not had a lot of in-depth retail banking, trust, or operational sorts of credentials. I also acknowledge that customer service in the retail banking sense often means something a little different than the same term might imply to a lender-commercial borrower relationship.

Take the difference between a “customer call” and a “sales call” for example.

To a retail banker, a sales call usually means an overt approach to the prospect with the objective of selling a bank product or service.

To a lender, a customer call is often an extension of account administration activity or perhaps ongoing due diligence on credit risk.

The two may have common features. But they are not functional equivalents.

Many branch managers who have little to do with lending on a day-to-day basis make customer calls while lenders very often make calls where the specific objective is the expansion of service for a fee. What’s important to understand is the difference between the two basic types of calls and to be sure that one purpose is not exalted at the expense or to the exclusion of the other.

I personally think that the sort of customer calls that are at their root “appreciation” calls are the ones that are in shortest supply. And yet they are the ones in greatest demand by the customer.

Most lenders have been trained to approach customer development as the nurturing of meaningful relationships where the “value added” usually means the specific way a banker advises or assists the customer. These are almost always built on a high degree of trust and within an environment of expanding friendship and familiarity.

Technology can enhance these interactions. But anyone who behaves in a way suggesting that technology adequately substitutes for the personal touch is seriously neglecting the basics.

• Why do you suppose customers loathe telephone menus, voice recognition software applications, and the inability to find a phone number to communicate directly with a person in their branch?

• Why do we seem surprised that our institutional behaviors toward customers take such a haphazard approach to real communication?

• Do our customers really prefer to talk to machines or be handled in such ways that always seem to be dictated by the bank’s definition of efficiency?

• Why is the basic tone and tenor of our interactions so dominated by “efficiency” and labor-saving techniques designed primarily for our benefit?  How about the customer’s benefit?

Don’t miss a chance to meet a customer

I’ve felt for years now that something essential is missing in modern banking culture at many banks. I think it might be that attitude of Walter Wriston, that there was always time—and desire—to go out and call on a customer.

What a difference that approach, renewed, would make today in any of our markets.

In the next blog we’ll talk about how to change the culture and suggest ways recreate this proven template for banking success.

More in this category: « Does your loan portfolio suffer from “CADS”? 5 protocols to prevent “CADS” »
back to top