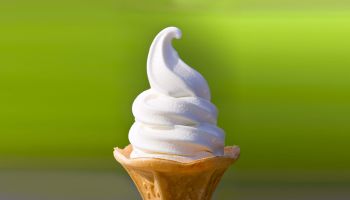 Ten years ago, a client bank of consultant Paul Schaus did a study of its customers and found that the average age of its base was 68 years old.

Just recently, the same bank did a study of its customer base, and found that, again, the average age was 68 years old.

Now, Schaus, president, CEO, and founder of CCG Catalyst, says those customers aren’t frozen in time. Indeed, he says his client told him, “Paul, it seems like every ten years our customers die off and we replace them with the same kind of people.”

Is this really a problem? asks Schaus.

Give them the flavor they want

Schaus recently visited us in our New York offices, and he had been talking about bankers’ desire for fee income and how they could get it. He believes the key is being the best at something. Only then can the bank command fees for what for competitors would still be only a commodity.

He continues with what we might call “Bank 68.” Clearly, there is something about the bank’s mix of services that pleases people of a certain age range, and so consistently, that the bank’s customer base remains in the same zone.

Since the nature of life is that folks get older every minute they live, Schaus suggested that his client not fight the fact that it had found its niche. The bank has long been a plain vanilla bank, he says, and it has, intentionally or not, come to match up with a client base that wants plain vanilla.

As the banking industry continues to evolve, Schaus thinks community banks must take a closer look at a critical question: “Is my community where my main office is? Or is it where my clients are? Saying ‘I’m a community bank’ isn’t really having a market anymore.”

The consultant, who has worked in banking as well, thinks bankers and their regulators get too wedded to the historical, the habitual, the familiar.

Essentially, he says, the community bank that can be everything to everybody won’t fly anymore. The cost of stocking up the shelves, so to speak, just in case someone wants a particular something has grown too expensive. Schaus points to community banks that buy entire suites of technology that include whole units that handle business lines that they don’t, or hardly, touch.

“If you’re not going to play in that market, why even buy the tools?” he asks. He spoke of one bank he knows where a good half of a new software package purchased didn’t match anything the bank did. But the bank wasn’t really admitting that to itself, either.

“There’s an example of a bank that’s unfocused,” says Schaus. “Community banks should let the BofAs of the industry be the general practitioners. They should be the specialists.”

Keep your eyes where you want to go

Schaus says that what many community banks today seem to lack is focus.

“Bankers are often great planners,” he explains, “but they can be weak on tactics.”

“What’s our legacy? What do we want to leave behind?” are two key questions to ask, Schaus says. Many bankers have no clue, he adds, regarding the answers.

But for those that want to increase fee income, standing out for service to a specific group is critical. A general definition of service doesn’t fit this thinking, he says. Instead, “service” becomes the answer to how the bank caters to the group or groups that it fits best.

More in this category: « The examiner, the banker, and the cold dead coyote Disney’s digital playbook »
back to top