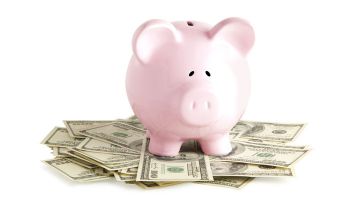 The legislation, H.R. 3329, sent from Congress to the President earlier this month, allows bank holding companies with up to $1 billion in assets to operate under the Federal Reserve's 1980 Small Bank Holding Company Policy Statement. The asset threshold had stood at $500 million.

According to the Federal Reserve, the policy statement allows small, noncomplex bank holding companies to operate with higher levels of debt than larger companies. These smaller companies face fewer regulatory reporting requirements, and they are exempt from certain risk-based and leverage capital guidelines.

The change this week is significant in part because it now provides companies in the $500 million to $1 billion range the ability to issue debt at the holding company level and use it to capitalize the subsidiary bank—so long as the BHC's debt does not exceed its equity, according to an explanation provided by the Independent Community Bankers of America, which along with the American Bankers Association had championed the measure.

"I think it will be used for all sorts of capital-raising projects, including M&A," Christopher Cole, senior regulatory counsel for the ICBA, told SNL.

What is raised at the BHC level can be dropped down to the bank level as Tier 1 capital, Cole said, increasing banks' wherewithal to finance transactions. "This gives acquirers another tool to work with," Cole said.

Many small banks across the country—a plethora of them under $500 million—are grappling with high compliance costs and stiff competition from larger lenders and therefore are considering selling, investment bankers say. Giving banking companies one step up in size the added ability to become buyers increases the likelihood they will acquire the smaller would-be sellers, the thinking goes.

"It will have a positive impact" on bank M&A activity, Lee Bradley, an investment banker and senior managing director at Community Capital Advisers, told SNL. "This will be another arrow in the quiver and could encourage banks that maybe were not certain to now go ahead and do a deal."

Cole said the statement will now cover nearly 90% of BHCs and 75% of savings and loan holding companies.

In addition to change on the M&A front, the ABA, in a statement following Congress' approval of the legislation, noted that the increased ease with which more banks will soon be able to raise capital should generally buttress lending capabilities—a positive for community banks that are competing in a heated environment with large banks and nonbanks for loan business.

Cole said community-bank advocates had originally pushed for holding companies up to $5 billion in assets to be covered by the Fed's policy statement. He said lawmakers, however, appeared to settle on the $1 billion asset level after Fed Governor Daniel Tarullo, speaking at a conference in November, backed the change up to that lower point.

In remarks prepared for his presentation at the conference, Tarullo noted that the Fed's policy statement threshold had originally, in 1980, set the maximum size of qualifying holding companies at $150 million in total consolidated assets, but raised it to $500 million in 2006 to account for inflation, asset growth and industry consolidation.

The Fed board, he said, "generally discourages the use of debt by bank holding companies to finance acquisitions," but it also "recognizes that limited access to equity funding by small institutions means that the transfer of ownership of small banks often requires the use of acquisition debt."

Tarullo said that approximately 85% of all bank holding companies qualified under the policy statement after the threshold was raised in 2006, but that figure has since fallen to roughly 75% amid ongoing consolidation and increases in asset sizes.

The years between 2006 and the present, he said, "have obviously brought dramatic changes in the financial, business, and regulatory environments." Raising the threshold to $1 billion would "recoup" the coverage lost since 2006 "and go a bit further, covering 89% of holding companies," he estimated. [Read Tarullo’s “A Tiered Approach to Regulation and Supervision of Community Banks.”]

In an era when community banks and thrifts are eager to see their regulatory burdens eased and their access to capital heightened, the ICBA's Cole said lifting the threshold for the Fed's Small Bank Holding Company Policy Statement is immensely important.

"I think it's the most significant thing" to come out of Congress in 2014 "from a small-bank standpoint," he said.