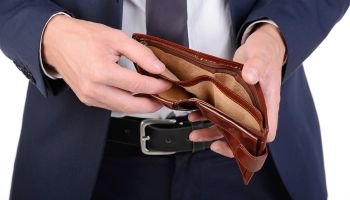 The number of undercapitalized banks fell considerably in 2014 and a handful of institutions managed to escape negative territory by finding a lifeline in the form of a partnering institution.

After a significant decline in the first three months of 2014, the number of undercapitalized institutions decreased at a more moderate pace in the last nine months of the year, in part due to the relatively small size of banks remaining in that territory.

Few banks find themselves in dire straits as the health of the industry continues to improve. Such is evident by the consistent declines in the FDIC's "problem list," which by the end of the fourth quarter had fallen to the lowest level since year-end 2008. The number of institutions on the problem list decreased to 291 from 329 in the third quarter and 411 a year prior, an 11.6% drop from the linked quarter and down 29.2% from the year prior. Problem banks' assets fell to $87 billion at the end of 2014, the first time the group has fallen below that level since the second quarter of 2008.

Failures were the main contributor to the decrease in undercapitalized institutions in 2011 and 2012. The trend was consistent through those two years, when the number of undercapitalized banks decreased by 49 to 44 institutions. During that period, a number of banks joined the ranks of the undercapitalized and 143 banks failed, while 36 banks found their way out of trouble through recapitalizations, mergers or balance sheet shrinkage and de-risking, coupled with modest earnings in some cases.

The pace of failures was even slower in 2014. Four banks failed in the fourth quarter of 2014, bringing the total to 18 failures for the year, the lowest level since before the credit crisis. Four banks previously deemed undercapitalized have failed since SNL last published the list of undercapitalized banks in the industry. By far, the largest of those institutions to fail was Doral Bank, which closed its doors on Feb. 27, just days after being deemed "critically undercapitalized" by the FDIC. The San Juan, Puerto Rico-based bank moved into undercapitalized territory in the third quarter after battling asset quality issues and consecutive losses over the last five years.

When excluding banks that have failed or merged since the end of the fourth quarter, SNL data shows that, as of March 2, eight banks were undercapitalized based on Dec. 31 data, compared to 13 banks at the last publication of the list of undercapitalized banks.

The eight undercapitalized banks reported a median Tier 1 ratio of 3.62%, up from 3.16% at the end of the third quarter. Still, with turnover occurring in the group, the banks currently in undercapitalized territory experienced a median linked-quarter decrease in their capital ratios of 8.5 basis points.

Getting out from under

Two of those institutions had reported negative Tier 1 risk-based ratios and negative leverage ratios at the end of the third quarter, but closed the year in positive territory. The two banks—Fayette County Bank and Winfield Community Ban —were not considered undercapitalized at the end of the second quarter, according to SNL data.

Fayette County Bank reported a Tier 1 risk-based ratio of 10.83% and a leverage ratio of 7.74% at the end of the fourth quarter, moving back in the black after returning to profitability in the period. The bank's asset quality dramatically improved in the fourth quarter, with noncurrent loans falling to 9.90% of loans from 27.98% in the prior quarter.

Winfield Community Bank, meanwhile, found its way out of undercapitalized territory by selling to Premier Commerce Bancorp Inc. The Winfield, Ill.-based bank had moved into a negative capital position in the third quarter after reporting three consecutive quarterly losses, including a $2.17 million loss attributable to the bank in the third quarter that wiped out its tangible common equity.

Eastside Commercial Bank NA also escaped undercapitalized territory by agreeing to sell to another institution, inking plans to hand over the reins to First Sound Bank in mid-January. Loveland, Colo.-based Advantage Bank found a lifeline as well, agreeing to sell to a private investor.