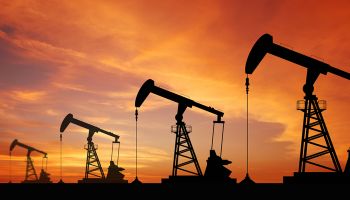 The other day I spotted a story on LinkedIn that the Federal Reserve is now authorizing state member banks and foreign banking organizations with less than $50 billion in total assets to opt for file reviews off-site for both full-scope and targeted examinations.

Perhaps this is just a logical extension of the capabilities of digital capture and transmission of data. It’s amazing what computers and the internet can make possible today.

But I was part of a remote safety and soundness exam back in the early 1980s in Texas oil country that ranks among my most unusual banking experiences.

During the last big energy price decline before the current one, my employer at the time, the First National Bank of Midland, Texas, received a complete safety and soundness exam 300 miles from its main office. The circumstances were as extraordinary as that period of time we bankers and regulators were living through.

Let me give you the picture. Oklahoma City’s Penn Square Bank, N.A., had failed during the holiday weekend of July 4, 1982. Life was about to change for the rest of us in the oil patch.

First National was the first of the big Texas oil banks to have an exam scheduled following that failure, which had many ripple effects. Within days of the failure a senior representative of the Comptroller’s regional office in Dallas was in Midland explaining to the bank’s CEO “the what and the when” of the exam that the OCC was determined to do on us as rapidly as possible.

We had enjoyed a period of extraordinary loan growth prior to the peaking of oil prices in the summer of 1981. Not surprisingly, our growth had outstripped the bank’s ability to retain sufficient income to preserve appropriate capital ratios.

A $30-million-dollar stock offering was planned for mid-August through September 1982 and the bank’s board, a collection of wealthy local businessmen, had agreed to underwrite the offering. This assured the banking public (and the regulators) that we would maintain adequate capital levels.

The bank’s board represented a faithful cross section of the economy of the area. Experienced oil and gas producers, ranchers, and prominent businessmen comprised the board and maintained near voting control of the bank’s equity. In those days in West Texas, large deals were made on a handshake and the level of mutual confidence among account parties was a hallmark of how business was conducted.

Our CEO, on hearing of the Comptroller’s almost immediate examination timetable, is reported to have said,  “You can’t come in now.”

Turn right and head 300 miles down the hall

The CEO’s concern was a legitimate one. He feared the reaction of the local community. He worried that, in the face of slipping commodity prices for oil and gas, people would likely not support the stock offering to make it successful without an almost total reliance on the directors’ underwriting commitment.

The principal concern was that news of an examination triggered by the recent collapse of Penn Square would create a concern for our bank’s soundness.

Within a day, a solution arose.

The CEO of First in Dallas offered up a large conference room and some office space to our bank for a surreptitious conduct of the examination. OCC quickly agreed to this highly unusual arrangement. And that’s how the First National of Midland, a bank with nominal total asset footings of $2 billion came to be examined off site in the late summer of 1982.

I say “nominal” footings of $2 billion. We had originated energy-related credit in approximately double that amount and participated pieces of such credits around to our downstream correspondent bank network that lacked the expertise to directly underwrite those sorts of loans.

We had a huge amount of work ahead of us.

Living in the war room

I was the bank’s credit administrator and immediately converted our large conference room into a “war room.” Every examined credit’s files were scrutinized by experienced credit documentation experts and analysts for document completeness as we readied for the exam process.

We intuitively knew that virtually all of our large production-secured credit would be examined. So we immediately set about working on “shining up” files. That mostly meant being sure that appropriate information was both current and available.

Turned out we had a moving target on our hands. As energy prices continued to sag, the definition of “current” shifted.

Where a year or less was once a sufficient definition of current, at lower prices, interim frequencies of valuation became the norm. This translated into a need for new oil and gas engineering appraisals as well as updated personal financial statements and valuations (or third-party estimates) of miscellaneous assets securing overall relationships.

All of this was conducted with urgency but also remarkable secrecy within the bank. The experienced lenders figured out that it was a Comptroller-driven urgency.

The idea that the files would be examined and the lenders themselves “defending” the credits in Dallas 300 miles distant was a remarkably well-kept secret among the staff until the examination was more than half over.

Logistics of a remote exam

As the exam began, the credit administration team worked all week on the files for the coming week’s examination with the major activity occurring as the weekend approached.

• On Sunday evening, the files were packed into the bank’s King Air, and flown over to Dallas.

• One of our senior lenders set up shop in the First in Dallas’ conference room and lived Sunday through Thursday at the Adolphus Hotel.

• Individual loan officers as needed were flown over in groups of two or three as the week progressed and interviewed by the examiners. (Perhaps “interrogated” would be a better description.)

• Then late in the week, the files would come back to Midland and the process would ramp up all over again for the following week.

I recall one day telling one of the younger lenders to be “ready to go” in 30 minutes.

“Go where?” he asked, testimony to the secrecy employed.

“You’re going to have lunch in Dallas,” I responded. “But you’ll be back home in time for dinner.”

In spite of distance and discontinuities, the process worked. The heavy lifting was done in about five weeks.

Cheer up, things could be worse

The overall results, though concerning, did not fully reflect the extent of the pain to come.

For the moment, we had a “full” Texas ratio but were not considered at a particularly high risk for insolvency.

The stock offering was a success, though the directors ended up taking down more of the stock personally than originally anticipated. The bank had a difficult path forward but not an apparently impossible one. All hinged almost entirely on the anticipated price of oil and gas over the next year or two.

The end of the story came a year later when the bank was ultimately declared insolvent and its assets assumed by Republic Bank in an FDIC-assisted transaction in October 1983. Oil prices had peaked in the summer of 1981 and slipped about 25% by the time of the exam and continued a long and gradual erosion amounting to nearly 75% of the peak price by 1987.

Like many other bankers caught up in this, I moved on.

But during the summer of 1982, I was part of a series of events marking an extraordinary degree of cooperation between the OCC and our bank and our upstream correspondent, First National Bank in Dallas.

For all the pain of that summer and the year that followed, it remains one of my outstanding memories of cooperation and goodwill that I’ve experienced over the long and varied arc of my banking career.

I wonder if this would even be possible today.

More in this category: « What are big bank earnings telling us? So, who do bankers work for? »
back to top