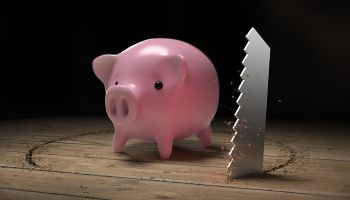 Based on my travels around the nation with community banks, there appears to be “something in the air.”

No, it is not just pollen and the results of spring flowers. It appears to be something a bit more sinister.

I am not sure why, but I have had more clients contact me in the last several months with respect to fraud at their bank than I have had in a long time.

Yet I have not seen such a quick rash of blatant insider theft as I have recently.

Intuitively, you would think that community banks would have been more vulnerable to frauds, scams, and schemers during the Great Recession than they would be once we are out of the Great Recession and most folks are again employed—albeit some of those underemployed, but at least they have an earnings stream and a place to live.

Based on my anecdotal experience, however, fraud primarily occurring during recession does not seem to be the case.

I will give you three examples of what I have seen so you and your bank can be cautious and look for similar situations as you try to detect and remedy fraud.

The first of three circumstances I will share involved what I would term “traditional” community bank fraud through the use of nominee loans.

Generally, the fraudster finds him or herself in need for cash. The easiest way to get cash is to get a loan from the bank.

The catch is they would not get a loan from the bank in their own name.

So, instead, they would create a fictitious person (or perhaps a real person, but that is dicier), extend that person a loan, and simply take the proceeds.

Then it can become somewhat of a Ponzi scheme, because in order to pay back the first loan and keep it current on the books, the fraudster has to make additional loans and use the proceeds of those loans to pay the interest current on the original loans.

That way, the numbers look good for more senior management and the board of directors, and no one suspects there is a problem.

That is, until somebody finds out these borrowers do not exist.

The alternative scheme is to use real borrowers, but pay their loans for them in the same fashion. Once the real borrowers are contacted by the bank or its auditors and the bank finds that those borrowers never signed a note or made a loan, that is when it hits the fan.

The second example is when an officer of the bank may also be a participant or an officer of another company, perhaps a not-for-profit, or serve as a trustee for some account.

If the bank officer is an officer of a not-for-profit outside the bank, then that officer may be stealing money from that not-for-profit and laundering it through his or her account at the bank just to make it look legitimate, or as a matter of convenience.

We had a separate situation where the officer of the bank was the person in the bank responsible for collecting funds in trust for an individual in the community who had been horribly beaten, robbed, and nearly left for dead.

The community rallied around this person and deposited for her benefit significant funds in a trust account at the bank. In that situation, the officer can simply dip his or her hand in the till and remove those funds, allegedly for good purposes—though writing checks to casinos probably does not always qualify as a good purpose.

The third example I will share—and my favorite type of scenario—is what I call the “tellers in cahoots.”

This is the story of a fraud involving the head teller of a community bank and two tellers who reported to her in cahoots with respect to doing something as simple as stealing vault cash.

This was not a sophisticated operation. The tellers would simply walk into the vault, stuff cash into their purses, and leave the premises.

Now, you would think that when someone audited the vault cash this would be discovered.

At this bank, an audit of the vault cash occurred approximately annually.

The head teller, of course, knew when the vault cash was going to be audited.

So she would put a ticket in, showing that some of the vault cash had been transferred to one of the other locations of the bank. As a result, the vault cash in the main vault balanced to the records.

A few million dollars later, the bank finally discovered what had occurred.

Why is this going on?

I always question, even in these good times, why people would risk their livelihood—and their freedom—to steal money. Two things I always want to know:

1. Why did they do it? Was it a gambling problem, a drug problem, financial problems, or otherwise?

My stories are similar. Most of them took the money feeling they would eventually put it back before it was discovered.

Think about your own bank. Do you have good internal controls to prevent some of the things that are as simple as this happening at your institution?

More in this category: « Recipe for a de novo bank When your boardroom harbors trouble »
back to top