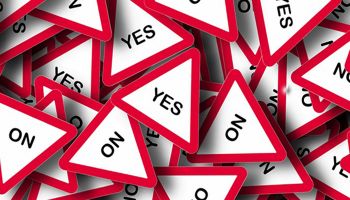 I have met recently with several different community bank boards on different issues. The similarity was, however, that each of the boards was struggling with what I would term a “hard decision.”

As directors or senior officers of our community banks, we are faced with “hard decisions” on a daily basis. Some of them are more difficult and more strategic than others, but the reality is that community bankers are required to make the tough calls every day.

This may involve firing somebody. Or turning down a loan request, particularly for a friend or family. Maybe it’s time to finalize a choice for management or board succession—somebody’s going to be disappointed.

That’s just a sampling. In this blog, I thought I would share with you a couple of specific hard decisions and what the board or individual decided to do about it.

“For next CEO, the envelope please …”

The first one involves the CEO selection.

I was visiting with a community banker who is a retiring chief executive officer. This is not a family-controlled bank, but it has been managed by the family for a period of years. In fact, several family members work in the bank in various senior positions.

The CEO, knowing his retirement was on the horizon, had to select a successor. He had the choice of various family members, other inside officers at the bank, or going outside. This particular decision was difficult because one of his family members had the expectation that the CEO position would be his.

(He did tell me that his wife is again speaking to him, however.)

The second example concerns a hard decision for a board, particularly the chairman of the board: the issue of board succession for elderly board members.

One situation comes to mind where the most “seasoned” board member in this particular bank was in his late 80s. He was a wonderful, old gentleman when he was lucid. Unfortunately, this was only about half the time.

This director did not contribute at the board meetings, except to be somewhat disruptive because he either could not hear or follow what was going on.

I consulted with the board on board succession issues and told them that they really needed to make the hard decision with respect to this particular director.

The chairman realized that it was his obligation to deal with the situation. Interestingly, he started doing so by approaching the director’s spouse, who is in much better physical health despite being almost the same age as the director. The chairman indicated to the spouse that they were going to move the elderly director into a director emeritus status and that the good news was that he would no longer have any personal liability for serving on the board.

The spouse was supportive. They had the hard discussion with the elderly director, though I am not sure he completely understood what was going on, and they moved him to a director emeritus status. This still allowed him to come to the meetings and get the social interaction, but it opened up a space for a younger, smarter, faster, more tech-savvy, new director.

Better for all concerned.

“Time to face the music and sell”

The third example of a hard decision did not involve personnel as such; it involved the sale of the bank.

Even with a strategy that says the bank is going to “remain independent,” the board cannot ignore its fiduciary duty to do what is right for the shareholders. A credible unsolicited offer has to be considered.

In this particular community bank’s situation, the unsolicited offer was credible in all respects: a credible amount from a credible potential acquirer who could actually get the deal done.

This unsolicited offer forced the board to make some hard decisions about whether the bank should be sold. The directors ultimately determined that the offer was worth discussing, but also that if they are going to sell the bank they wanted to make sure they had the right deal.

In other words, the unsolicited offer “put the bank in play.”

This particular board, after much hand wringing, actually did finally agree to recommend a sale to the shareholders. Interestingly, the sale was not to the original community bank holding company that made that expression of interest.

More in this category: « When your boardroom harbors trouble Does your board “get” tech? »
back to top