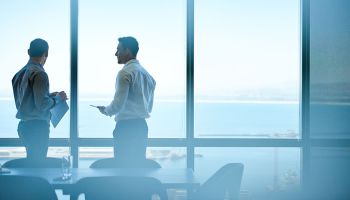 Beyond the headlines, what thoughts should the Wells affair drive in other banks' boardrooms?

The ongoing difficulties that Wells Fargo has experienced stemming from the phony account scandal certainly serves as a learning point for chairmen and directors alike.

Recently, before the Wells annual stockholders meeting in April, one of the proxy advisory firms advised Wells’ stockholders to vote against 12 of the 15 directors at the gathering.

As you might suspect, Wells Fargo was not too happy with that recommendation, stating that the proxy firm had failed to take into account the company’s ongoing efforts to strengthen oversight and rebuild customer trust. Wells argued that the firm did not take into account the “active engagement” of the board with the substantial actions it had taken following the scandal to strengthen oversight and increase accountability. But from a community banking standpoint, Wells’ argument would seem to hold little credibility.

It would seem the proxy advisory firm, perhaps correctly so, did not particularly care about the remedial actions the board attempted to take after the fact. Rather, the proxy firm was arguing that the Wells board of directors was not actively engaged on the front-end and was not exercising enough due diligence and oversight to know what was going on at the bank to prevent the types of activities that occurred.

Considering the market value lost in Wells’ shares as a result of the scandal, other banks’ chairmen might consider whether the previous chairman of Wells and the other directors might have some financial liability and responsibility for the diminution in value from the alleged failure of appropriate controls and procedures, oversight, and active engagement.

[In the event, Wells’ board survived the vote at an at-times rowdy shareholders meeting in late April. But Chairman Stephen Sanger stated afterwards that: “Wells Fargo stockholders today have sent the entire board a clear message of dissatisfaction. Let me assure you that the board has heard that message, and we recognize there is still a great deal of work to do to rebuild the trust of stockholders, customers, and employees.”]

No mushrooms in the boardroom anymore

From a community bank standpoint, the Wells affair certainly continues to point out the need for the chairman of the board to insist upon active participation, active engagement, and some knowledge of the actions of the organization to know what is going on at the bank. If the current board can’t come up to that bar, then the chairman must find directors who will be actively engaged.

This is not to say, for example, that if a community bank has an embezzlement or a theft, the board is strictly liable for preventing such activities. But if there was a systemic problem in your organization where multiple loan officers were creating dozens of fake loans, then certainly the directors might have some liability for the systemic problems.

Directors are not afforded the luxury of sticking their heads in the sand or being disengaged. They can’t, when a problem occurs, argue that directors should not be held liable (or in Wells’ case should not be voted out of office by stockholders) because they have attempted to take after-the-fact steps to try to prevent the problems from happening again.

Directors must be actively involved from the outset.

Incentive pay is just that. What is it encouraging?

Another couple of lessons can be learned from the Wells Fargo situation in the area of incentive compensation.

A recent headline stated that the Wells Fargo scandal was placing incentive compensation practices under greater scrutiny. Therefore, board members must consider what obligation the board has to ensure that the organization’s entire compensation structure (salaries, bonuses, and incentive compensation programs) is appropriate and drives overall stockholder value, without placing undue pressure on the wrong types of performance.

If there is one thing the Wells Fargo scandal should teach us, it is that incentive compensation programs work.

The following may not be a shocking revelation to you. But apparently when employees are going to receive additional compensation for meeting certain sales goals, work-related benchmarks, or other criteria, the employees generally do seem to perform at a level that achieves the organizational results in order to receive greater cash compensation.

In the Wells’ situation, employees who met sales goals for creating new accounts received more incentives. So, guess what? Many new accounts were opened. Therefore, the incentive compensation program worked.

The only problem was that over two million phony accounts were created.

Clearly this should be a lesson for other boards. They must consider the types of performance that are desired to be achieved and compare that with the type of incentive compensation program developed.

Boards have to ask difficult questions. For example, is there any type of activity being engaged in to achieve the stated incentives that puts the bank at greater risk? Has the potential for driving behavior that is not desired been created? Or has the risk of reputational damage to the organization or harm in other areas arisen, where the bottom-line profitability may only be short-lived?

Don’t you think someone on the Wells Fargo board now wishes they had asked a few more questions about the incentive compensation program?

Or, ask yourself, do you think the Wells Fargo board even knew there was an incentive compensation program tied to opening new accounts?

Community bank boards should be asking such questions.

Rest assured, if the Wells Fargo scandal is causing regulators to scrutinize incentive compensation programs more closely, that will surely trickle down to community banks as well.

Splitting roles of chairman and CEO—revisited

There continues to be talk in corporate governance circles of the appropriateness of splitting the roles of Chairman and CEO. A recent headline indicated that advocates of splitting those roles are gaining ground in the fight.

Would anyone venture to guess what one of the “clean-up” steps was that Wells Fargo took in the wake of its scandal? That’s right, the board decided to permanently split the roles of Chairman and CEO.

It would seem, if there was a logical reason not to do that prior to the scandal, that nothing about the scandal should have changed the board’s mind on that. Obviously, directors must have thought it created some type of public relations benefit, helped support the price of the shares, or had other benefits.

Similarly, some of the other mega financial institutions, including Bank of America and U. S. Bancorp, dealt with stockholder proposals to separate the jobs with the proposals also demanding that the chairman meet the definition of an “independent director.”

So, in addition to splitting the roles, that also means that the chairman is supposed to bring a truly outside perspective by not holding a large block of shares; not having any type of management position at the bank; not having affiliations that would prevent him or her from being deemed independent, etc.

However, in each circumstance, the organizations recommended that stockholders vote against the proposals. The arguments by a company against that kind of proposal generally take the form of the following from one such bank. That bank stated that “imposing an inflexible rule regarding the chairman’s position could disrupt or impede governance of the company as well as the board’s internal working relationships and decision-making process.”

You can sort out for yourself what that means. But might we suggest that if there is no one currently serving on the board who could fill the chairman’s role other than the current CEO, then perhaps the composition should be revisited?

For community banks, we have continued to believe that the practical realities indicate that maintaining one individual serving in both roles really poses no significant risks or problems.

However, when that occurs, as a best practice for corporate governance, we continue to believe that the board should also appoint an additional individual as a lead outside director.

Lessons for regulators too

It is said that regulators also learned some lessons from the Wells Fargo situation. As a result of what has been described as a postmortem review of regulatory practices relating to examinations of Wells Fargo before their problems erupted, several problems in the regulatory process became visible. That does not bode well for the trickle-down nature of future regulatory exams to other banks and community banks in particular.

A couple of critical points about some of the commentary on the OCC’s exam practices with Wells Fargo indicate that the agency missed opportunities to perform comprehensive analysis. This might have enabled more timely action.

That is a fancy way of saying that OCC, upon finding problems, did not punish or regulate the bank harshly enough and soon enough.

You can guess what the effect will be on future examinations of banks at all levels.

Similarly, there was an indication that the examiners were not effective in supervising Wells’ reputational risks. So, recommendations have been that examiners need to also look at the “systemic nature of a bank’s culture and practices.”

From our standpoint, that has many practical implications— problems, really—if that type of review is applied to smaller banks.

How are you going to feel about your friendly local examiner considering all the tangible items that go into your CAMELS ratings—and, of course, some of the intangibles for the Management component—and now, on top of that, also letting you and the board know that, in their opinion, the bank’s “culture and practices” might create systemic risks?

It doesn’t seem too big a stretch to foresee that argument being made by a gung-ho regulator against a community bank with an argument that, because it is a closely held organization where the primary owner also happens to be the Chairman and CEO, he or she is so dominant that it creates systemic problems.

How would you argue against that finding in a regulatory exam? Consider this a call for the chairman and the other board members to continue to be on their guard for these types of nuances that could be coming in the future.

Overall, this is a time to be on guard. We are riding a tide of renewed optimism about the economy. There is strong interest in banks again. But we need to continue to temper that renewed enthusiasm with a healthy dose of reality. We are going to see scrutiny by the regulators in perhaps new and different ways than we have in the recent past.