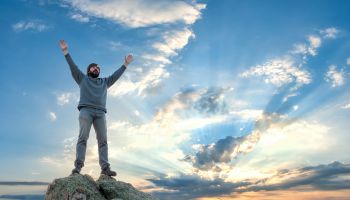 The gurus have it wrong, says community banking expert Jeff Gerrish. Your community bank does not have to seek a merger. Independence is entirely possible, but it requires being proactive—now.

Over the last several months and in various parts of the country, I have attended numerous community bank boards of directors meetings in which the same issue has come up:

Can we “fight the tide” of consolidation?

Before we get into the 10 strategies, however, there are a couple of general issues the board should understand.

The community bank board first needs to understand the full impact of the consolidation as it occurred over banking in the last 20 years, and particularly in the last decade.

1. Talking numbers. When I started in the community banking industry (working for FDIC) in 1973, there were over 13,000 bank charters. By March 2017, there were less than 6,000. I would call that significant consolidation.

Interestingly, if you look at the number of charters eliminated since 2007 on a state-by-state basis, some of states have been very hard hit. Florida is down 55% in bank charters; California 43%; Washington State 51%; Colorado 45%; Georgia 49%. And the list goes on.

2. Talking reasons. The board also needs to understand the “why” behind the consolidating environment.

• First, there are still a couple hundred troubled banks. In order to obtain capital and get out of their “troubled” status, those banks often need to sell or obtain an investor that will recapitalize the institution.

• Second, the traditional reasons for consolidation certainly exist in this environment. These include lack of management succession, lack of board succession, and failure to address ownership succession in the community bank.

• Third, there’s a combination of regulatory burden and fatigue. This is the “I’ve had all the fun I can stand” position in which many community banks and boards find themselves.

• Fourth, there’s been an increase in pricing for bank acquisition transactions. For those of you who don’t already follow pricing on bank acquisitions—it is reported basically as multiples of book value and multiples of earnings—the trend has clearly been upward over the last 12 months or so. This is especially so since the change in White House administration.

3. Talking “slowdown.” It is not all bad news for community banks, however. There are various issues present in the environment that are slowing the consolidation somewhat.

These include an expectation of regulatory relief; a more optimistic economic outlook; rising interesting rates (which will produce greater profitability for most community banks); and the potential corporate tax cuts. (That would let the banks keep more of their earnings to allocate to enhance shareholder value.)

With these general considerations in mind, the board can then look to specific strategies that a community bank can utilize to thrive in a consolidating environment and remain independent.

I suggest there are at least 10 strategies, as follows:

1. Stop listening to the experts.

Unfortunately, the experts have been predicting the sky has been falling for the last 30 years.

Please ignore those experts who indicate a community bank cannot “survive” unless it is $X size. (The X in the blank, of course, being “twice” whatever the average size of a community bank is currently.)

Most of these “experts” are those who want to help you sell your bank or put it together with another one—for a fee.

The real issue here is profitability, it is not survival. So stop listening to the experts who say otherwise.

For most community banks, the success story will be to continue to focus on profitability. This means reviewing the secret formula as to how money is made in banking.

I will reveal that formula to you now: Revenue-Expenses=Profit.

It is appropriate to break down that profitability equation as to how the banks can boost revenue or cut expenses to boost profitability going forward.

3. Make sure that your board is committed to independence.

In some organizations, it may be necessary to have two boards —a strategic board at the holding company and a local board at the bank.

Independence is an action, not a condition.

In order to remain independent, the board needs to go through, on an annual basis (hopefully), some type of strategic planning exercise. Independence needs to be planned for. You cannot simply maintain the status quo and hope everything works out okay.

5. Learn how to attract and retain millennials.

If the bank is going to continue forward, then it needs to make sure it gets the next generation in the door. That means effectively attracting and retaining millennials.

I often hear that community banks are not interested in millennials because “they have no money.” My usual retort is “Yes, they do not have money now. But they will—our money.”

In any event, come up with a strategy to attract and retain millennials. What most of us have found in community banking is that the millennial generation is not much different than the baby boomer generation, with one exception:

The millennials like technology, and if you do not have it, they will not bank with you.

They will also not bank with you if you do not maintain relationships with them. The combination of technology and relationship banking will score the millennials.

6. Empower and incent your employees.

In order to move the bank forward and keep it independent, we have to learn not only how to attract but also how to retain key employees in the organization.

Succession is a critical issue if the bank is going to remain independent. Succession needs to be addressed in three ways—board of directors, management, and ownership. Planning before it is needed is the key.

The obligation of a community bank’s board of directors and senior management is to enhance the value for the shareholders.

That means keeping your community bank shareholders happy. This involves:

• Share liquidity—the ability of a shareholder to sell a share of stock at the time they want.

• Cash flow coming off the shares, either through Subchapter S distributions or C Corporation dividends.

9. Get in the right structure.

The “right structure” means everything from corporate structure to ownership structure. Generally the “right” structure is a bank holding company operating as a Subchapter S corporation under the Internal Revenue Code.

This means the board with a strategy to remain independent needs to understand how it responds to an unsolicited offer. If the offer is from a credible purchaser at a credible price, the board cannot simply “just say no.”

The board must analyze the offer and determine whether its shareholders are better off holding the company’s stock or better off receiving what is being offered by the offering bank. The board needs to understand this type of analysis and the strategies and theories behind it.

It is time to thrive as community banks and look forward to the future, not dread it.