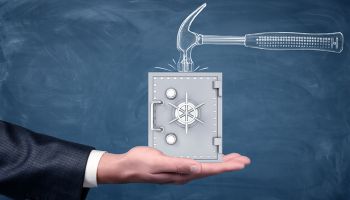 “We can’t create a system so risk averse that we squeeze opportunity out of that system.”

In a speech to the Midsize Bank Coalition of America, Acting Comptroller Keith Noreika made it clear with this statement that his agency, and the Trump Administration at large, intends to reverse the direction of regulation taken since passage of the post-crisis Dodd-Frank Act.

“I think we have good reason for optimism,” said Noreika. “Today, we are having conversations that would have been impossible just a few months ago. Since taking on this role, I have been encouraged by the appetite for change among OCC staff, other regulators, and on Capital Hill.”

In an anecdote Noreika has been bringing up in recent appearances, he recalled how another former Acting Comptroller, John Walsh, once told him that regulators need to remember that “a healthy bank is a safe and sound one.” Regulating too conservatively, he has argued, keeps banks from generating the profits that keep them sound, and thus can imperil safety.

Noreika said he believes this attitude is supported on Capitol Hill now.

“I have had at least ten frank and productive conversations with members of the House and Senate, from both sides of the aisle,” he said. “Across the board, they are interested in ideas for meaningful reform.”

Among the ideas Noreika said he’s been circulating is the concept of “right-size” regulation—tailoring requirements appropriately to bank size and range of activities. He also referred to progress made towards revamping the controversial Volcker rule and simplification of bank capital rules.

“We recognize that there are numerous regulations and agencies with cyber oversight,” he said. “Rather than having a positive additive effect, the crowded regulatory space could result in confusion and even conflicting requirements. Those are the last things that you need when responding to potentially systemic concerns.”

In a similar vein, Noreika noted that he has testified in Congress regarding the need for banking regulators to better coordinate their activities when overlapping authorities have them dealing with a single institution. He calls these “regulatory traffic signals.”