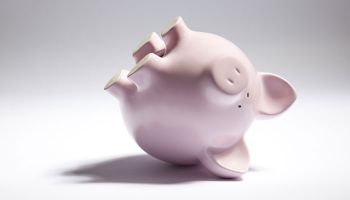 Maintaining tech parity with other banks can no longer be seen as an option for those community banks that want to remain independent and successful, says StoneCastle's Joshua Siegel.

No one thought of it that way at the time, but in the late 1960s, when the first automated teller machines debuted, bank investor Joshua Siegel says a technology arms race began that had implications for community banks culminating in today’s competitive picture.

But gradually the pricing came down and ATMs became ubiquitous, as every bank could then afford them. The same pattern developed with phone banking, then online banking, and now mobile banking, Siegel continues.

“Sometime in the last 24 months, the industry has truly crossed the Rubicon,” says Siegel, in an interview with Banking Exchange. “Many small banks now offer mobile banking and with more features than most regional banks offer.”

This comes at a time when the future of community banking in the face of fintech competition and many other factors has been questioned.

Siegel has been a fan of community banking for years. He is chairman and CEO of StoneCastle Financial Corp. and managing partner, chairman, and CEO, StoneCastle Partners, LLC. While he likes community banks, he is also a realist, and has both an observation and a warning for their managers and boards.

First, the observation: “The herd is thinning. It’s Darwin’s theory at its best: natural selection. You’re quickly coming to a time when the excuses are gone.”

Tools are becoming available that can give community banks the speed to market, agility, and flexibility enjoyed by fintechs, says Siegel. Vendors of middleware can enable a bank to counter competition without having to figure out how to make systems communicate directly with each other.

“So the technological excuse, which was real, isn’t real anymore,” says Siegel. “These companies are growing like weeds, because they offer banks the ability to provide new services.” Offering customers mobile budgeting tools, for instance, can be easily done.

Now, the warning: For several reasons, community banks don’t have the option anymore of not keeping up technologically.

No longer can members of a board sit around scratching their heads wondering what an API (application programming interface) is, says Siegel. A board must either have members who understand the importance of such concepts or have decided to hire a chief technology officer who stays up with new tech and keeps the bank at parity with other players.

“If you can’t get to that level today, you are going extinct—you just are,” says Siegel.

Mobility and the lack of video chat

“Why?” he continues. “Because thousands of community banks are all now on state of the art basic mobile banking. It’s not bleeding edge, but it’s pretty much as good as anything you’d get from Chase.”

Siegel picks up his iPhone and considers it.

“I get very frustrated with roomfuls of bankers when I do something I’ve been doing for almost four years,” says Siegel.

“I say, ‘Raise your hand if a customer can video chat with one of your customer service reps.’ Not a hand goes up anywhere I’ve been.”

“Say a trucker who banks with you is on the road and has a question. Or a nurse can’t leave the hospital but has a question,” says Siegel. “I don’t know of a single bank—and I see a lot of them—that offers any video capability to talk to a banker. Isn’t that kind of silly?”

Some bankers still think of smart phones as phones, and Siegel believes they need to update their thinking quickly.

“To the next generation, this isn’t a phone,” says Siegel, raising his iPhone again. “This is a grocery store. This is a GPS. It’s a camera. And it’s a bank branch. Don’t you want to be able to interact with your customers every way you possibly can? And the fact is that the smart phone is a brank branch that the customer pays for.”

What will keep the survivors among community banks alive and thriving is what has always saved them, says Siegel: customer service.

“But customer service today isn’t necessarily walking into four walls and a roof,” he adds. “It’s your phone.”

One of the reasons that no bank can ignore the need to maintain tech parity defies a traditional viewpoint.

“There is a myopic view that I hear sometimes that it’s an Olathe, Kan., bank versus New York banks,” says Siegel. The mindset here is that if you are a local bank that serves its community, that backs local organizations, and that is knit into the local fabric, that you will beat the out of towners.

Relying on being loved because you are local may not be a winning strategy, says Siegel.

“Typically there’s not just one bank in a market,” Siegel explains. “Today every bank has a way to reach your customer. But you just have to worry about the bank across the street. If that bank offers technology that your bank doesn’t, then you’re done, because local citizens probably like that bank too. So if the other local bank starts an arms race, and you don’t counter it, you’re at risk.”

Another thing about being “loved” as a bank is the source of that supposed affection.

Older customers who have ties to their local bank will have fewer and fewer relationships with it, says Siegel. In time, they will have retirement assets that they want to deploy for a higher return.

Can you attract young management?

Siegel says survival doesn’t demand being on the leading edge in tech, only that the bank always be moving forward. Harking back to the movie “Braveheart,” about thirteenth-century Scottish patriot William Wallace, Siegel recalls battle scenes where some warriors were sprinting at the head of the rebel army, while slower fighters could not keep up.

Banks in the same position as the laggard Scotsmen won’t last more than five to ten years as independent banks, Siegel believes. And, while the subject is technology, part of the reason they won’t remain independent comes down to people.

Many laggard community banks are led by older executives nearing retirement, says Siegel. Some don’t think their customers care about technology. Some don’t want to spend the money on new tech.

“If you’re not willing to invest in tech, I can pretty much assure you that no younger management team is going to want to come work for your bank,” says Siegel. “They’re going to go work for the bank across the street that’s evolving. It will be interesting and fun over there.”

What is the fate of banks that won’t invest in tech?

“You’ll have to sell,” says Siegel. “You’re not going to go broke. But your bank will be one of the casualties of war, because it can’t be a going concern anymore.”

Marketplace lenders have no staying power

In spite of the growth seen by some of the more noted marketplace lenders, Siegel doesn’t think those players are going to be a long-term factor.

“More and more banks are going to realize that many of these online lenders aren’t going to last,” says Siegel. “It’s very hard to function if you don’t have deposit funding.”

Siegel explains that marketplace lenders began, as a group, as peer-to-peer lenders, but that funding substantially moved towards sources like hedge funds and banks as buyers of credits made online.

Bankers frequently fail to understand a key difference between insured banks and other financial firms, according to Siegel, and it’s such a basic that it is often forgotten. This is the ability to raise insured deposits.

The price of access to insured deposits is regulation.

“I joked to an audience recently that ‘If it weren’t for regulations, you would have been Ubered out of business five minutes ago’,” says Siegel.

While banks complain about regulation, Siegel sees it as a firewall preserving their franchise.

“If you had to go head-to-head with Elon Musk and Jeff Bezos and all of those people,” Siegel says, “I’m sorry, because I love you guys, but, you’re dead.”

What business are you in?

If forgetting the advantage of deposit insurance is one example of ignoring a fundamental of the business, another is not realizing what the core of the industry is.

“Banks are not in the banking business. It sounds like a strange thing to say, but they are really in the customer financial trust business,” says Siegel.

People will readily give banks data that they would give to few other companies, Siegel says. “No one thinks twice about filling out an account application form,” he says, including social security numbers. “I don’t know that they would do that for Microsoft.”

That said, Siegel believes few banks actively build on that trusted relationship, even though some potentially profitable expansions could be added at little cost.

“Why aren’t you providing online investments for your customers?” asks Siegel. “Why don’t banks offer their own versions of Betterment.com [the automated investment company]? Why don’t you offer business customers electronic invoicing services?”

Banks have customers, something other players want to team up with banks to gain access to. Yet banks aren’t doing much with their customer bases, according to Siegel.

He compares this to acquiring a grocery store and closing all but the dry goods aisle.

“That would be a failing approach,” says Siegel. Google, Apple, and others have built customer bases and constantly look for new things to do with those customers—quite the opposite.

Siegel says USAA figured out the answer long ago. It developed an affinity group, based on service members and related groups, and offers many types of financial services to it.

“Why hasn’t anybody else figured out their affinity group?” asks Siegel.

Banking Exchange asked Siegel what three steps he recommended for banks intent on survival and success. He built on his earlier comments.

First, he says, “get out of your office.”

“You’d be shocked how many banks just wait for people to walk in the door,” says Siegel. “Those community banks that are doing better than average today got out of their offices five years ago and started courting customers again.”

Second, Siegel emphasizes again the need to maintain tech parity, if only to attract the next generation of managers.

Finally, “view yourself as being in the financial trust business and figure out what else you can do for your customers.”

To these strategic points, Siegel adds a tactical one.

When he was young, Siegel used to watch the infomercials of motivational speaker Tony Robbins. Something stuck with him that Robbins said about individuals. This was that the person who wanted to change their life would fail if they lumped together all the steps they wanted to take into one grand plan.

“The way you change your life is to begin by making one simple change,” says Siegel. “Tomorrow do one thing differently in your bank.”