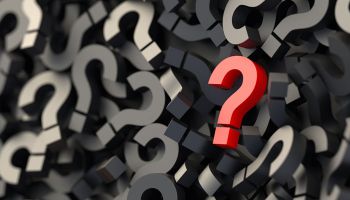 With significant relaxation of banking regulation coming to a vote in Congress in coming days, I am suddenly aware of a topic that seems to have dropped out of the current discourse: community banking.

When did the dialog change?

In the years leading up to the banking malaise, community banking was touted as the logical and sensible response to megabanks. Those firms were interested in your business on their terms, which were essentially “take it or leave it.”

They competed often on price by being the lowest-cost provider. And they were big on the technical side of the business and could link products and services. In a way, it was the strategic vision of Sandy Weill, retired head of Citigroup, actually coming to fruition.

In the years following the near-collapse of the banking system, people began to realize that it was the misbehaviors of many of the big banks that had created many of the industry stresses that nearly caused our financial system to crater. Much of the problem was centered around various facets of the mortgage business—lousy underwriting, fraud, securitization of loans based on fuzzy quality criteria, and sloppy and careless administration.

In the risk sense, no one knew where the “Old Maid” was. That frightened bankers to distraction. Meanwhile, the banking public became aware of the junk that had been injected into the financial system, including healthy doses of fraud and malfeasance. The banking industry, fairly or not, lost at least temporarily its inherent credibility.

Let me state my sense of what community bankers bring to their local marketplaces.

It’s nothing less than a sensitive, nuanced understanding of local business and customers that leads us to collectively behave in certain ways for the benefit of the community.

I’ll pose this in the form of a question but you be the judge of whether the question is rhetorical:

Do we understand our local markets comprising customers and businesses well enough to continue to serve them indefinitely into the future utilizing our independent business model?

Local knowledge is most of the game

Here’s a basic fact that all community banks have to acknowledge. There’s nothing that a big bank cannot do in terms of intermediating between savers and borrowers and building community infrastructure. If we narrow our discussion to price, then the discussion is ended and we logically cede the marketplace to the very large institutions.

But the larger the banks, the less invested in the local communities they seem to be, at least in the same way that local bankers are. Why should they be? They are increasingly transactional in their approach to business and their business model gives no credit or strategic advantage for being local.

Community banks should always hold the high ground against their larger-sized competition. The big banks field their empty suits or they equip their business developers with big brooms to sweep their prospects into the nearest processing center. What value-added does that bring to the customer—other than price? Community bankers have to have a different value proposition and that consists of information, including the way it is delivered as well as used.

The differences between local and regional or larger companies are most clearly evident in commercial lending activities. Most other forms of credit have been pretty thoroughly converted into commodities. There, the costs related to human activity have been largely removed.

Commercial lenders, though, deal with specific information that is of considerable value to the local business community.

First, a well-trained and proficient banker serves the best interests of both borrower and lender. But beyond that, the commercial lender is one of the foremost intermediaries of local business information.

The banker brings his or her experience to bear in each lending situation and the insights and value added of the banker’s particular eyes and ears are often critical. The banker also brings an insider’s view of the local market place.

As an example, I recall a conversation years ago with a commercial borrowing prospect moving to town. I told the prospect that I would personally avoid buying a home in a particular large residential subdivision. I had heard from more than one local businessman that appraised values tended not to hold up well over time in that geographic location.

“Now that’s information I can use,” responded my prospect.

Skip the nostrums—build on value-added

So if we’re going to be successful in promoting our community bank independent business model, we need to compete on the basis of our value-added in the information we exchange with our business partners and customers.

When you think about this as a demonstrable skill set or an advantage, it’s something qualitatively different from the usual nostrums about being a community banker.

I always had the view that if a borrower considered particular advice as useful, he’d remember where he heard it. But it’s important that we are trolling for the right sort of information about our local marketplace. And we should cultivate ways of reminding our customers and prospects of that without excessive reliance on the personal pronoun.

This is what makes community banking different—and of a higher skill set in its application than most any other business lines within a bank.

Time to get with it again

Let me repeat, I don’t hear much about community banking in recent months. Could it be we’ve given up on what we had always considered our natural advantage?

• Our first task as bankers is to personally model banking ethics as they have been historically practiced.

• Then we need to showcase the value-added in banking with us.

• And if our information and input is really useful to our customers, then there’s a cost justification for banking with us, rather than simply choosing a lower-cost provider.

But this takes an attitude that may have ebbed out of our psyches as bankers during these years we’ve spent in the compliance wilderness.

We need to change that and it begins with each individual community banker.

More in this category: « Some lessons from the sad tale of GE Culture issues just won’t go away »
back to top