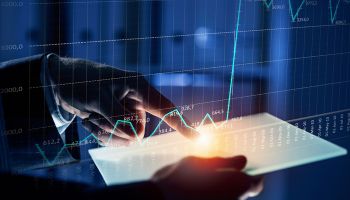 In 2013, leaders of First Tennessee Bank, Memphis, embarked on an ambitious project with a simple question: What percentage of all products and services it offered were actually profitable?

Simple question, but after an all-hands effort, the bank came to a gut-wrenching conclusion:

Fewer than half its products actually produced a profit.

“We had a baseline of less than 50% of our products that were profitable, and we wanted to improve that,” explains William Losch, chief financial officer, during a recent interview with Banking Exchange. “We wanted to figure out how to make them more valuable on their own and then complementary to business relationships.”

They did figure it out.

How? Aggressive use of data analytics.

Data analytics—almost as big a buzz phrase as “big data”—has come a long way. More important, banks are finding ways to make use of it in tangible, practical, and efficient ways.

Losch says First Tennessee has used data analytics—and its precursors variously termed business intelligence, data warehousing, and customer information systems—for many years. The difference now is that the technology has jumped out of the exclusive hands of the IT folks who could crunch the numbers, and is shared with the business-focused people in the organization who can put the information to optimal use.

“We have really started to make more concerted and well-defined efforts to improve our data analytics and how we use that,” says Losch. “What we’ve tried to do is understand how we can use data for the benefit of our clients and for the company,” he says.

“Today, about 75% of our products are profitable relative to that 50%. So we’ve used that type of information to make product changes that make sense for customers and for the bank,” Losch points out.

For years, the sense that data analytics could somehow make a real business difference for banks has lurked in the background. Jon Nordhausen, vice-president for bank solutions at Fiserv, relates that bankers have told him: “We know it’s important. We see the value from it, whether that value is to grow revenue, to mitigate risks, to drive efficiencies. Out of the collection of all the things we could do, where do we start?”

About two years ago, the company brought together volunteers from some 40 bank clients to address this issue. The group consists of CFOs, CIOs, CMOs, COOs, and others from banks ranging from $200 million to $12 billion in assets. The bankers discuss a wide range of topics related to data analytics in banking, but three main pleas from this group soon emerged, Nordhausen tells Banking Exchange:

1. Help us with the data problem to make it efficient, accurate, clean, and easily distributable to the right people in the organization.

2. Help us understand what the new digital customer looks like and wants, particularly as technology evolves from a batch-oriented process to real time.

3. Help us with people who know how to get started and how to get the whole organization on board with it.

Lakeland Bank, based in Oak Ridge, N.J., jump-started its use of data analytics in a big way.

“We use it on different levels,” says Carl Grau, senior vice-president, business intelligence and ebanking, in an interview. “We need to understand our customers. Primarily, we use a lot of it for that. We use it to identify growth opportunities. We use it to grow revenue. We’ll be using it a lot, more recently, to become more efficient.”

As one example, Grau relates how the bank decided to open a new loan production office outside its traditional market area. Using a Fiserv business intelligence program, Lakeland did peer comparisons in various markets to see what would be a good fit. As a result, says Grau, they found opportunities a little south of their market in northern New Jersey as well as just across the border to the north in New York state.

First Tennessee’s Losch relates another example of how data analytics produced a real, tangible result—this time in the realm of customer experience.

“The way we use that particular data, for instance, would be understanding how many screens customers have to click through to finish a transaction. How much abandonment we had from customers . . . and how many ultimately opened a new account through the online process; how long it took.

“We were able to figure out ways to streamline the application process of certain products that we had,” Losch continues; “clean up our back-end systems for our online banking products so that customers have to go through fewer screens; and make it a much more seamless visual experience for them that develops fewer disconnects.”

Two keys to translating code-heavy reports coming out of IT: dashboards and exception reporting.

“Dashboards give us an overview of our current status, and from there, we can look for anomalies,” says Grau. “We don’t have to waste time looking at the average branch. We have 53 branches. If a branch is producing a higher percentage of income [than others], or another branch is producing a lower percentage of new accounts, what are those branches doing right or wrong? How do we correct them, or how do we replicate them across the other branches?”

Adds Losch: “If it’s not in a user-friendly form, people who don’t work with data all the time aren’t going to find it very valuable. We’ve built our system such that it can be reportable and customizable at various levels of the organization. Then, we’ve overlaid that with . . . graphs and tables and charts, and put structure around bullet points.”

It’s not all dashboards. Periodically, reports get issued from core systems about everything that has happened in a given day, quarter, or year. “What we’ve done is taken those reports, scrubbed them down, and now all we’re providing is just the exceptions,” says Grau. “We’re making it a lot more efficient. Doing one page of exceptions a day, as opposed to perusing through 100 pages of reports. That’s one of the biggest boosts that we’ve gotten from analytics recently.”

Data analytics doesn’t have to be confined to big picture, back-office uses. “We have a lot of reports going out to our relationship officers, loan officers, branch managers,” points out Grau.

“We use a lot of the analytics and push it down to our financial centers, absolutely,” says Losch. “You have to be careful not to overwhelm them,” he adds, “because there is so much data that we could share with the front line. They wouldn’t have enough time in the day to actually do what they are best at, which is interact with customers.”

Stay focused, urges First Tennessee’s Losch. “As with anything, you can spend lots of money and time and effort and resources to build your data analytics, but it can become a science fair project that doesn’t really get you anywhere. We’ve learned that taking it in stages and thinking about our endgame, so that all the puzzle pieces fit together, is important—making sure that we’re getting returns on the projects that we’re spending time and money on as they occur.”

Get support from the top, adds Lakeland’s Grau. “We have some higher-ups in the company who have acknowledged that data is important, that it’s good, but it does nothing if you just let it sit there. You need people, you need resources, you need tools to work the data. Once you get that buy-in, it’s a lot easier.”

Don’t forget the human factor. “We think face-to-face, front-line interaction is the most critical piece we have as an organization,” says Losch. “We have a mantra here that says: ‘It’s the tool, not the rule.’ Don’t let [data] just drive how you serve a customer. Use it as part of your business judgment.”

Series on getting started in analytics begins here

This article originally appeared in the April-May edition of Banking Exchange magazine.