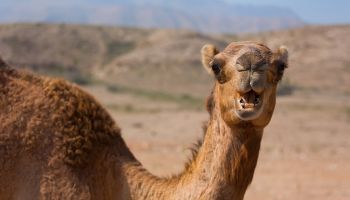 Let's revisit the CAMELS rating system, which debuted in 1979. Is it still relevant?

For example, is liquidity more important than capital?

Only if you want your bank to survive!

CAMELS after the crisis

We all know and are familiar with the CAMELS system, which has been around since 1979, and revised over time. CAMELS stands for Capital, Assets, Management, Earnings, Liquidity, and Sensitivity. What is the reality for community banks?  Let's deal with these one by one.

Capital. The reality on capital is that notwithstanding the capital regulations (located at 12 C.F.R. Part 325) indicating that minimum capital ratios for a well-capitalized bank are 5% Tier 1 leverage, 6% Tier 1 risk-based, and 10% total risk-based, the regulators have much higher expectations. If you want to operate your bank at 5% Tier 1 leverage ratio, then you had better be prepared to have a regulatory babysitter 24/7. Based on my experience around the country, it appears the regulators have defaulted to a minimum Tier 1 leverage ratio in the neighborhood of 9% and a total risk based ratio of 12%.

The regulators will deny there is any minimum default Tier 1 or total risk based ratio. They will, however, inform you that they review every bank and assess its risks individually to determine the appropriate capital ratio. The problem is they have never seen a bank that did not require at least something in the neighborhood of 9% Tier 1 leverage and 12% total risk-based.

So, notwithstanding all the hubbub about what Basel III is going to do, most of us in the community banking world are well above that level anyway. Also, the good news is that capital is becoming more available by the day. This includes both debt capital for community banks under $500 million in total assets and equity capital, i.e. good old common stock--or if you do some fancy footwork, some kind of preferred stock is becoming more available by the day.

Assets. This refers to asset quality. If I want to know the health of a bank, my first question to the client is, "What is the ratio of your classified assets to capital?"  Generally, the regulators get a little bit agitated, i.e. lean toward some kind of enforcement action, when classifications to capital get to a point north of about 40%. That means if you are a $200 million bank and have $20 million in capital or so, when you get classified assets above $8 million, they will pay some attention to you.

Not so anymore!  At 80%, your board would be staring down a formal enforcement action.

Management. The Management rating in the CAMELS rating system for community banks has historically been driven by the other components. For example, you can have the best management in the world, having run a high-performing bank, but if the bank's classifications to capital currently are high, its earnings are low and its capital ratios are low, then the management is going to be rated a 4 or 5.

Notwithstanding some discussion on the part of a number of us to push the regulators to rate management independently of the other component ratings, it really has not happened much.

I have had only one experience I can recall where the bank was rated a 5 and the management was rated a 3.

Generally, if the bank is rated a 5, the management team will be right there with the general composite rating.

Earnings. Earnings are extraordinarily important, of course, as a means to augment capital to provide an additional cushion for the bank against losses. Unfortunately, earnings fall directly under the "snowball effect."

What is the snowball effect?

Liquidity. Liquidity is basically the bank's ability to meet the demands of its depositors. For a seriously troubled bank, when the board asks "Are they going to close our bank this Friday?" my usual smart aleck answer was "No, not this Friday, unless you have a liquidity problem."

I heard one banker say:

"Lack of capital is a cancer, lack of liquidity is a heart attack."

Most banks today maintain adequate liquidity. The odd thing is that if the other component ratings--Capital, Assets, Management, Earnings, and Sensitivity--are bad, the regulators will typically, in the real world, rate liquidity low. They will do so notwithstanding the level of liquidity on the bank's balance sheet.

I have been with banks that have been rated a composite 4 but should still had a 1 on liquidity. The numbers don't matter in such cases--the regulators generally refuse to give a 1 rating on liquidity, even though it is justified, for a bank with a composite rating is 4. They will typically grudgingly give a 3.

Sensitivity. Sensitivity to market risk is probably the most subjective rating of all. Who knows what it means?

The regulators define it as the degree to which changes in interest rates, foreign exchange rates, commodity prices, or equity prices can adversely affect a financial institution's earnings or capital. For most of you, this translates to the negative impact of interest rates on capital.

Your bank generally cannot afford to be a CAMELS 1, so shoot for a CAMELS 2.

Why do I say that? I'll tell you more in a future blog.

More in this category: « No good deed goes unpunished What's a 100-year-old bank worth today? »
back to top