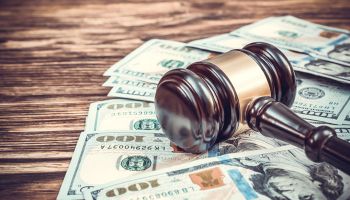 The last major change to America's tax code occurred nearly 30 years ago, when President Ronald Reagan signed the 1986 Tax Reform Act into law. Much like the current Tax Cuts and Jobs Act (TCJA), the bill was intended to simplify the income tax code and eliminate numerous tax shelters for the wealthy. Since then, however, the tax code expanded from less than 30,000 pages to more than 70,000, as continual updates and changes were made by preceding administrations and political parties.

Now, with TCJA, many of the original goals found within the Tax Reform Act are reappearing. Since President Trump's first campaign speech in 2016, he has railed against the complexity of America's tax system and the relative ease with which wealthy corporations and individuals utilize deductions and tax planning strategies to reduce their overall tax burden.

But, as many readers likely know, this is not where the core of TCJA's impact lies. While nearly every American's tax return will be different from years before, the focal point of the bill (and what will likely determine its longevity and success) is its impact on domestic businesses and corporations, many of which are financial institutions.

For years, banks have seen a much higher effective tax rate compared to other businesses. Because their operations are largely domestic, they lack the ability to leverage certain foreign tax credits. In addition, due to their nature as financial institutions, they cannot take advantage of domestic incentives available to manufacturers.

Yet, banks still operate as the backbone to America's economic system. They provide the funding and capital necessary for our local communities and regions to continue growing and ensure American faith in the financial system.

Thus, the burden lies with each institution to examine the bill and understand its implications in order to make the changes necessary to ensure a smooth transition, not only for their organization, but their customers and local communities as well.

As bankers move forward with their tax planning and strategies for the coming year, consider how the following aspects of the bill that will impact your institution most and what changes you should and must be prepared for.

Perhaps the most relevant change within TCJA for financial institutions is the reduction of the corporate tax rate from 35% to 21%.

For nearly 30 years, since the passage of Reagan's Tax Reform Act, America’s corporate rate has remained stagnant at 34% to 35% (one of the highest rates in the industrialized world). Pundits argue that this is one of the key reasons why multinational companies choose to move operations overseas and retain profits in countries with lower rates.

With the reduction, U.S. banks, large and small, should see a significant increase in income over the coming years. JP Morgan Chase, for example, reported a $2.4 billion tax hit, but expects to recoup nearly $3 billion over the course of 2018. Similarly, Wells Fargo had a Deferred Tax Loss (DTL) and recorded an overall tax benefit in the fourth quarter because it was able to reduce its deferred tax liability.

Additionally, local and regional banks should note that there are no longer lower marginal rates for taxable income less than $100,000.

This increase in net, after-tax income will likely be reflected in a number of areas within a bank's operations. It will almost certainly have an impact on how bankers approach regulatory compliance as well.

• Operationally, moving forward into 2018, banks will likely begin reinvesting into technology initiatives, staffing opportunities, and improved customer engagement efforts. As an example, many bankers are looking beyond mobile to voice-first approaches that leverage artificial intelligence to expand business—increased income as a result of the tax changes could help fund those initiatives.

• From a regulatory aspect, increased income could mean that some banks end up building to a larger asset size than originally anticipated or targeted. This could bring those particular banks under increased scrutiny from federal and state regulators, whether through FDICIA compliance standards or by becoming a Systemically Important Financial Institution (SIFI).

But even this remains subject to change as the House of Representatives is currently debating a regulatory relief bill amending Dodd-Frank and its classification of SIFIs.

TCJA also provides an incentive for multinational banks to bring more of their earnings back to the U.S., enabling them to repatriate income at lower rates than in the past. These banks will still pay tax on their accumulated foreign earnings, but the reduced tax burden should encourage some institutions to bring profits back into the U.S. economic system.

While TCJA is designed to provide a tax cut for individuals and businesses, the bill does include certain provisions that eliminate often-used deductions. This is intended to help mitigate the loss of income the federal government will face as a result of the overall tax cut.

Property taxes provide a good illustration of tax base expansion versus rate changes. Many local jurisdictions hold their millage rates—the basis of levies such as property taxes per $1,000 of value—constant, but increase property tax collections by increasing the value of local homes. This is an example of a tax base expansion that increases the overall tax bill, even if the tax rate itself is stable. Likewise, TCJA has expanded the base of income subject to income taxes, offsetting some of the benefit of the tax rate cuts.

This new limitation is one example of the TCJA’s expansion of the income tax base effective after Dec. 31, 2017. Other examples of this tax base broadening include the expanded limitation on the deductibility of entertainment expenses, and the individual limitations on state and local tax deductions.

Banks will also have net operating loss limitations shifted to 80% of that organization's adjusted taxable income. However, with the direction banks are likely to move in terms of profit, this should not be a concern for most financially stable institutions. Nonetheless, in the next recession, a bank’s ability to recover taxes paid and deduct loss carryforwards will be limited.

All of these changes are likely to impact tax incentives and deductions that banks are currently leveraging to reduce their overall tax burden. And, while it may seem a detriment in the short-term, many of these changes were a result of the overall reduction in the corporate tax rate. In the long-term, financial institutions should expect to see much greater returns from the corporate rate reduction.

Traditionally, most banks have been in deferred tax asset (DTA) position. Expenses that banks accrue for loan losses and other items are often not allowed, for tax purposes, to be accounted for in the same time period as the book expense. This means the bank must defer the tax benefit.

These DTAs can arise from net operating loss carryforwards, but they can also include other losses that a bank might expect, for example, on their loan portfolio. The value of these deferred tax deductions are recorded based upon the tax rates that are (or will be) in effect when the tax deduction is expected to be recognized. As a result, most banks have DTAs that are currently valued at the 35% tax rate, and now need to be adjusted to reflect the value of these deductions at the new 21% tax rate.

Even though banks will not see the benefit of the new corporate tax rate until next year, they must record this write-off of the DTA in 2017 year-end financial statements. This is one of the reasons why large banks, like JP Morgan Chase, are taking a tax hit this year. However, they are going to see profits rebound as the lower tax rate is applied against 2018 earnings.

Also of interest to bankers is the law's elimination of net operating loss carrybacks for losses after Dec. 31, 2017, under the BASEL III regulatory capital rules. This will effectively cause any allowed DTA to be categorized as a higher risk-weighted asset. BASEL III rules direct that only DTAs supported by taxes paid in carryback periods are allowed 100% risk weighting, while any other allowed DTAs are subject to a 250% risk weighting. This could impact banks in terms of their regulatory requirements, particularly for larger financial institutions.

The total impact of TCJA is yet to be defined, as federal agencies are still combing through the bill to identify its changes. Other industry participants such as the Financial Accounting Standards Board (FASB) are also reviewing the bill and issuing guidelines for how accountants should operate in regard to this new bill.

To learn more about the Tax Reform and Jobs Act of 2018 and its impact on financial institutions, join Porter Keadle Moore for its webinar on Thursday, Jan. 25 at 1:00 p.m. ET. Experts will review the new law and field questions from industry participants. Register