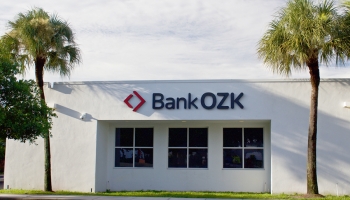 Merchants & Marine Bank (M&M Bank) has agreed to acquire Bank OZK’s Mobile, Alabama office, taking on $26 million worth of deposits and $23 million in loans, according to a press release announcing the deals. M&M Bank now has 13 locations across Mississippi and Alabama.

Two branches in Monessen, Pennsylvania, and Bethlehem, West Virginia, will close once the process is complete, expected by the end of September. The former location has been closed since May due to lockdown measures.

Barron McCune Jr, president and CEO of Community Bank, said the consolidation followed a “thorough review” of operations and reflected the fact that the two closing branches were close to two other Community Bank premises.

He added: “Transaction counts in all branches are declining, especially in light of measures taken due to COVID-19.

“Over the years, we have offered some of the best on-line and mobile banking services available to consumers today and customers have responded by using them more and more each day. The added convenience and ease of transacting business without needing to come into a branch has become so popular with customers that it has reduced usage of some branch locations.”

McCune said the bank intended to keep all staff and relocate them to nearby premises. The Monessen branch will be consolidated into the branch based in Belle Vernon, Pennsylvania, while the Bethlehem premises will be merged into a location in Wheeling, West Virginia.

Market research carried out before and during the pandemic has demonstrated an increasing appetite for online banking services.

In addition, social distancing and lockdown measures have forced banks to temporarily close or redesign branches to reduce contact between individuals. This has also led to more customers being encouraged online.

Research by Boston Consulting Group published in May found that a quarter of 5,000 banking customers surveyed said they were either less likely to use traditional branches or would stop using them altogether.