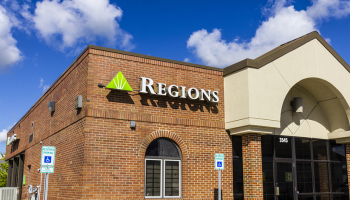 As of November, the bank and the foundation had allocated a total of $14.6 million to programs that support economic equality in communities across the nation.

The $12 million in funding, which was supposed to be achieved by June 30 2022, was reached six months early.

Individual grants were allocated to inclusive opportunity efforts and strategic community partnerships were also formed, have expanded, and are advancing their work across various States.

“Then, in 2020, our world changed as never before with the impact of the pandemic as well as a series of racial injustices. Regions Bank and the Regions Foundation recognized they both had an opportunity to do more. And while the commitment made in 2020 has been surpassed, the work that’s underway will continue,” he added.

The Regions Foundation is primarily funded by Regions Bank.

According to a Credit Invisible Policy Report by the Consumer Financial Protection Bureau, one in 10 US adults are credit invisible, or have no credit at all, making it more difficult for them to access financial services and resources.