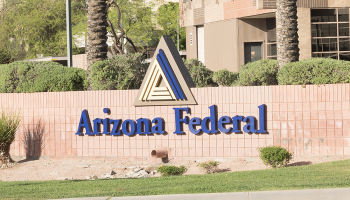 Arizona Federal Credit Union is to buy Horizon Community Bank in a deal worth $91.4 million, the bank announced this week.

Based in Lake Havasu City, Arizona, Horizon operates six branches — all of which will remain in operation — and holds deposits totalling $471.7 million and a loan book worth $259.9 million.

Horizon president and CEO Ralph Tapscott said Arizona Federal would be “a great partner” and demonstrated its “competency and commitment to community banking”.

“I’m excited for Horizon employees to join together with Arizona Federal employees to bring additional financial services and resources to the communities we serve,” he added.

Horizon’s brand and entities will be wound down following the transaction and customers transferred to Arizona Federal.

Arizona Federal acquired Pinnacle Bank in 2019 and has since targeted more acquisitions as it seeks to grow its market share.

“We believe that quality growth and diversification is essential to continued success in our industry, and we intend to achieve it both organically and through mergers or acquisitions,” said Ronald Westad, president and CEO of Arizona Federal.

Upon completion of the deal, the credit union will have more than $3.3 billion in assets and serve over 155,000 members at 21 locations throughout Arizona, it said in a statement.

The transaction is subject to regulatory and shareholder approval and is scheduled to complete this year. Both boards of directors have approved the deal.

The deal comes after the American Bankers Association last year raised objections to the uptick in credit unions buying banks. President Biden’s administration has also hinted at raising the bar for mergers and acquisitions in the banking sector.